No Life on the Moon

“It seems increasingly likely that we are not alone in the universe. There may be millions of inhabited planets like our own. It is a prime goal of science to search for life or its remnants elsewhere. The samples returned from the moon have provided the first opportunity to test our life-detection methods on samples that have been carefully collected and protected from terrestrial contamination, thereby avoiding the bitter controversy surrounding the analysis of meteorites. This first search has now been completed. No life-forms, living or dead, have been found in the lunar samples after intensive studies with sophisticated techniques capable of revealing any biochemicals or their derived products in amounts exceeding a few parts in a thousand million.”

“The modernization of U.S. contraceptive practices has been a major factor in the remarkable decrease in the U.S. birthrate during the past decade. The birthrate dropped from 23.7 per 1,000 of population in 1960 to 17.3 in 1971 and was below 16 per 1,000 in each of the first five months of this year. According to Charles F. Westoff of Princeton University, codirector of the 1970 National Fertility Study, about four out of five couples practicing contraception in 1970 were ‘highly protected from the risk of unintentional conception.’ This high level was being experienced ‘probably in substantial part due to the efforts of public and private family planning programs.’” 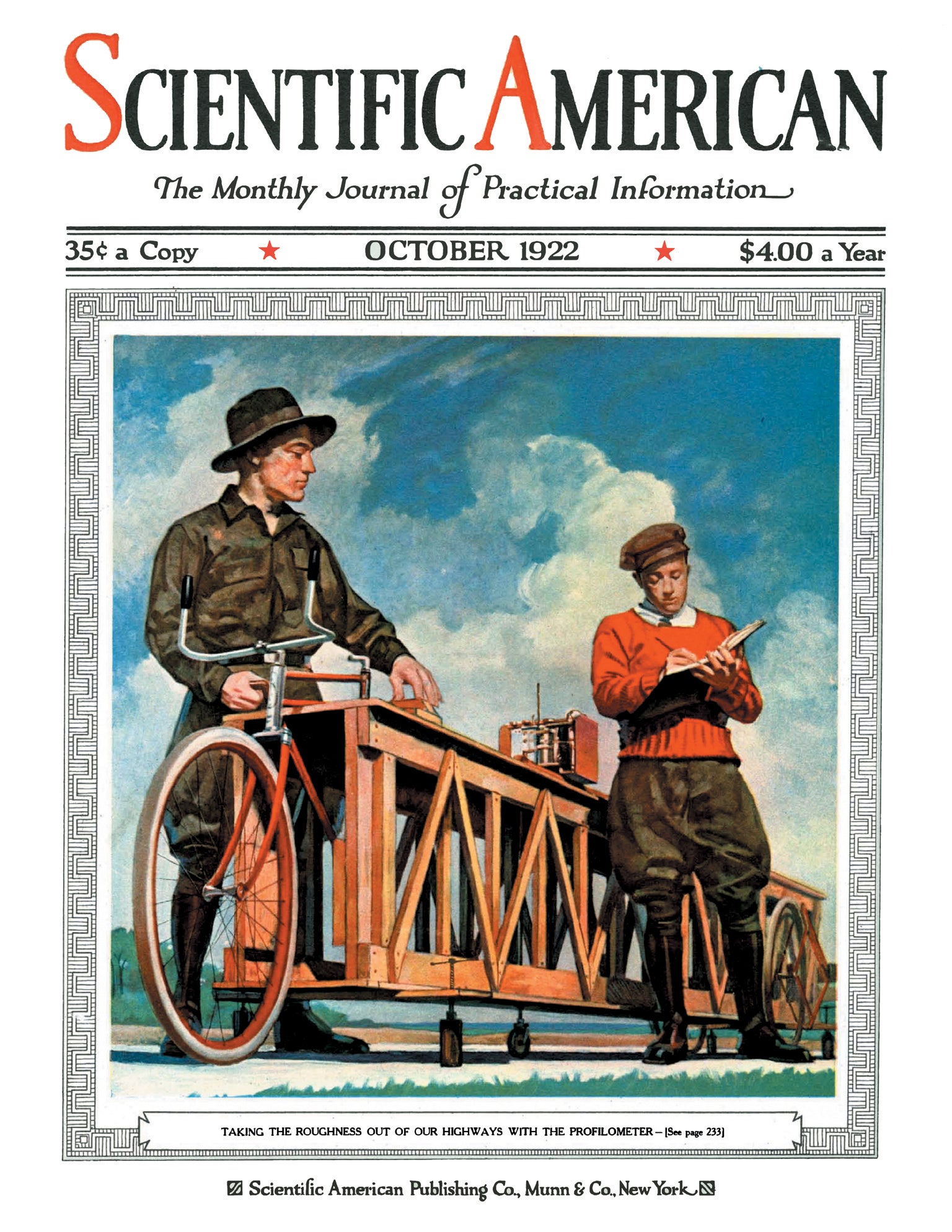 “Manufactured natural gas is not so odorous, and the danger of asphyxiation from it [in the home] is consequently great. Professor Yandell Henderson of Yale University proposes to introduce into the gas supply a strong odor which would betray even a slight leak long before there was danger from it. The odor used is that of mercaptan, which we commonly associate with the skunk, one of the most powerful odors known. Burning the gas causes a chemical change in the mercaptan so that it is no longer odorous. Thus as long as the gas supply system is working properly there will be no inconvenience. But if even a small amount of gas is allowed to escape without burning, that fact will be quickly detected.”

“By the hypnotic process, the patient is hypnotized directly before an operation. The anesthetic is administered slowly, so that the narcosis condition creeps into the hypnotic state. As soon as the operation is over the narcosis ends, but the hypnotic condition continues. Only two-thirds to three-fifths of anesthetic ordinarily necessary is used, with the result that the poisoning effect, brought about by ether, for example, is much reduced. The patient is not nearly so much distressed. There is no nausea. The continuance of the hypnotic state for several hours and even days allows the patient to recover from the immediate after-effects of the operation, which are always accompanied by acute pain and mental distress. It avoids the use of drugs, which must be given to the patient frequently to overcome the severe strain on outraged nerves.” 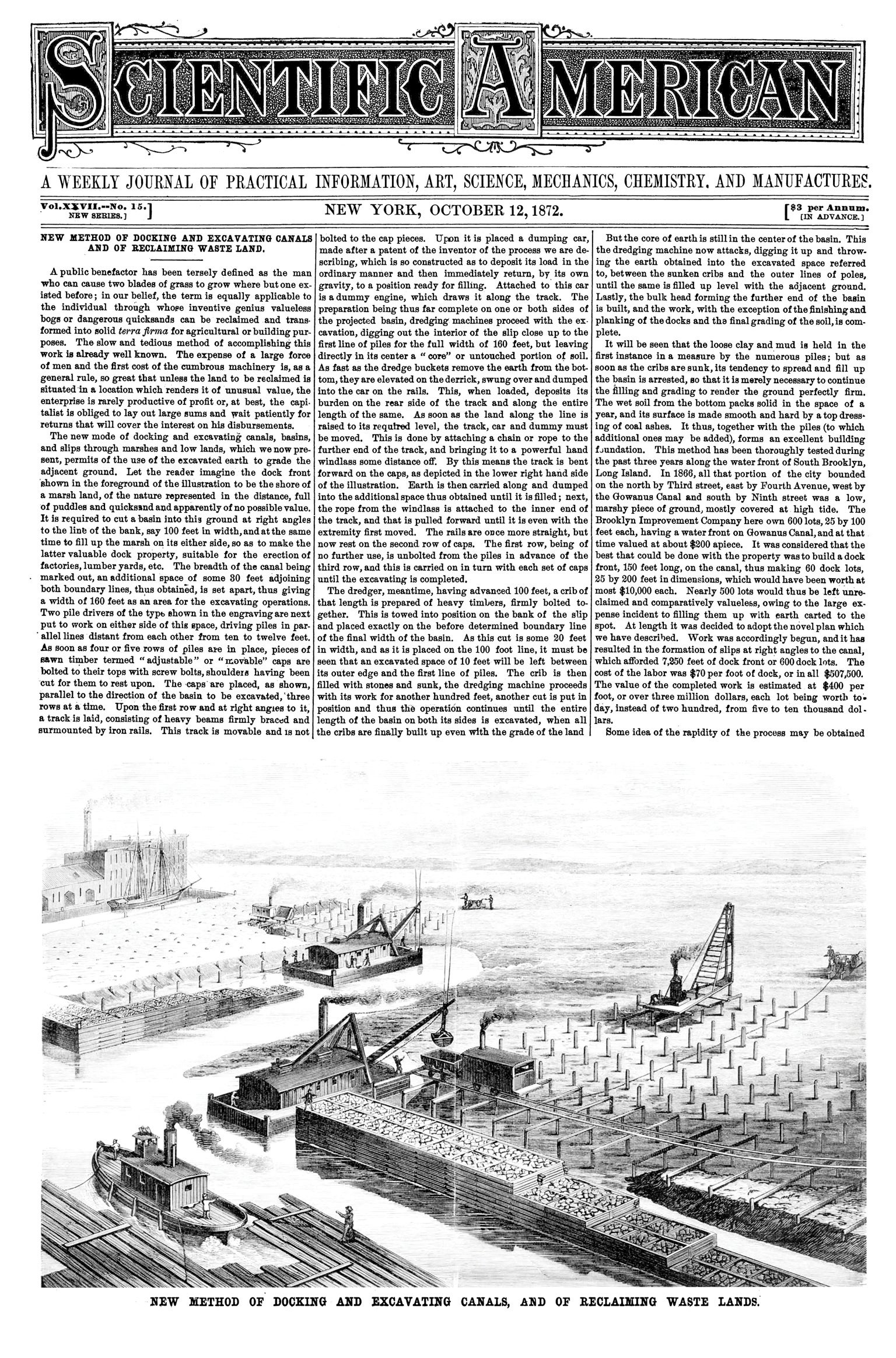 “Botanists are endeavoring to introduce in Europe a plant of New Granada, which will be a valuable acquisition to manufactories of ink. The juice or sap which it yields, and to which is given the name chanhi, is at first of a reddish tint, but in a few hours becomes intensely black. It may be used without any preparation. The chanhi corrodes steel pens less than ordinary ink, and better resists the action of time and chemical agents. It is said that, during the Spanish domination, all public documents were required to be written with this ink; written otherwise, they were liable to damage by sea water.”

“A correspondent, J.W.K. in Colorado, makes the following alarming suggestion: ‘Why not have a whole city furnished simultaneously with the latest telegraphic news upon the instant of its arrival, by means of a steam whistle or whistles, or a gigantic speaking machine, instead of waiting for it to go through the tedious process of typesetting, printing, folding and distribution by the carrier? The old way is too slow, even with carriers on horseback as we have here in Denver.’”