A black box from the fatal Chinese plane crash has been located, officials say 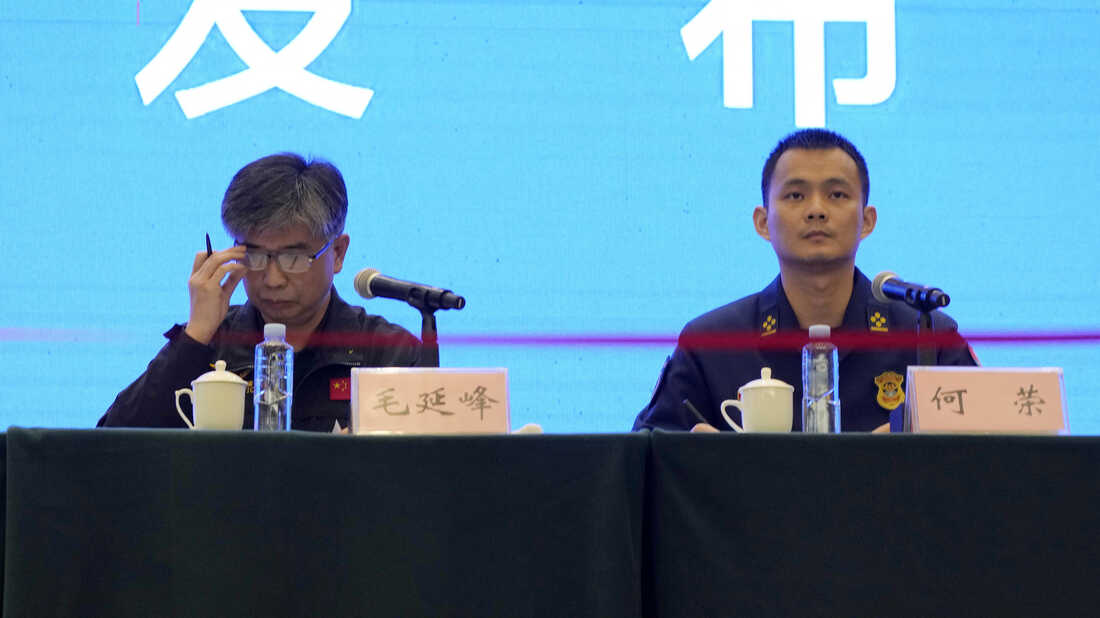 Mao Yanfeng, the director of the accident investigation division of the Civil Aviation Authority of China (left), and He Rong from the Guangxi Fire and Rescue Force attend a press conference in Wuzhou city on Wednesday in southwestern China’s Guangxi province. China says one of two so-called black boxes from Monday’s plane crash was found in severely damaged condition. Ng Han Guan/AP hide caption

One of the two main “black boxes” from a Chinese flight that crashed earlier this week has been discovered, investigators say.

The flight nose-dived into a mountainous area in the Guangxi Province in rural southern China on Monday. There were 132 people on board and it is assumed all passengers died.

While Chinese officials still don’t know what caused the crash, the finding the so-called black boxes, which record the activity and communication on the flight and are actually bright orange, could potentially provide some answers. However, the black box that was located appears to be severely damaged so it’s unclear if it will include the CVR (cockpit voice recorder) or FDR (flight data recorder).

Chinese leader Xi Jinping has ordered a full investigation of the incident. Altitude data shows the plane hit the ground in a near vertical dive.

Chinese officials have also said the three pilots on board had good performance records and stable family conditions, attempting to squash any speculation that the crash was intentional.