Addiction Instead of Taxation | naked capitalism 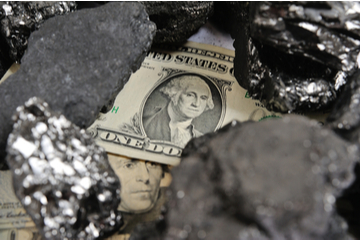 By John McGregor, a translator and political violence researcher

The 2023 Irish budget will include a 50% increase on the tax on a packet of cigarettes. The Irish Heart Foundation argued that the increase should have been higher to assist in the fight against tobacco. Australian governments have shown a similar dedication to crushing smoking through tax increases over the last 20 years. Whilst they have no doubt been effective in dissuading some smokers, the continued application of new taxes means that a small percentage of the population, often those who can least afford it, are burdened with maintaining fiscal revenue that governments have come to rely on.

The increases in duties have been so rapid that that total revenue from cigarettes has increased even as the number of smokers has declined. This inverts the situation prior to 2010, when a Treasury report noted:

As mentioned above, in spite of this decline in per capita smoking rates, the excise revenue collected from tobacco is relatively stable. This is due to the effect of this per capita decline being largely balanced by the rate of population growth and the indexation on tobacco excise…
However, in real terms, tobacco excise can be seen to be in decline. Finally, tobacco excise as a
proportion of government revenue is also declining, from a high of 2.7% to 1.6% in 2008/09.

By 2020, tobacco excise had become the fourth largest individual tax collected by the federal government. Of course, that means governments have been left disturbed by the declining smoking rate even though it is the public aim of the increases in duties.

Tax increases on tobacco are popular, a relatively rare politically acceptable way for governments to increase revenue. A large part of their popularity, however, is derived from the fact that they disproportionately target an increasingly restricted pool of people. Information on the demographics of Australian smokers shows that this pool is often largely composed of those who have less.

The most recent statistics show that 24.1% of unemployed people and 32.5% of people unable to work smoke, compared to 14.7% of employed people (and 4.7% of students). People in remote areas (23%) smoke at higher rates than people in major cities (12.6%). Single people with dependent children (29.9%) smoke at more than twice the rate of people in couples with dependent children (12.2%). Over 40% of Aboriginal adults smoke. Higher levels of formal education align with lower rates of smoking.

In terms of socioeconomic status, 21.2% of the most disadvantaged quintile smokes while only 8.1% of the least disadvantaged does so. JobSeeker, the welfare support for most unemployed Australians, was recently increased to AUD 46.00 per day. This sum is already barely enough for anyone to live on and the 24.1% of unemployed people who smoke will be returning most of this back to the government (with a sizeable cut for the international tobacco companies).

The government points to the declining rates of smoking as a success of the plan to continue increasing prices and yet the combined effects of two decades of anti-smoking campaigns have been most pronounced among the most advantaged quintiles. According to the Centre for Behavioural Research in Cancer, the wealthiest quintile dropped from a rate of 16.5% in 2001 to 6.7% in 2019. The next wealthiest quintile declined from 22% to 9.9% over the same period. The most disadvantaged quintile went from 26% to 20.5%.

Despite the rewarding outcomes in terms of the overall number of smokers, it seems unlikely that the increases in price are the most effective cause for the decline if the most disadvantaged group has shown the lowest change.

What can be seen is that the same financial burden is placed onto an increasingly smaller and less advantaged group of people. Instead of looking for more revenue from international corporations, the extractive industries, or the rich, the government has come to rely on a section of the most disadvantaged for stable income.

Australian governments have previously thrown disadvantaged and addicted people under the bus to raise easy revenue. As James Boyce explained in 2019:

During the 1980s and early 1990s, state governments became cash-strapped because of the abolition of various taxes (including death and gift duties), and burgeoning demands on health, education and community services. With the exception of resource-rich Western Australia (where pokies are confined to the casino), governments turned to poker machines to help resolve the revenue shortfall. Pokies were introduced into pubs and clubs not in response to public pressure but in spite of it. In Victoria, Tasmania and South Australia the policy change was opposed by a majority of the population. Their governments pressed on regardless.

The end results of this mass liberalization of gambling were of course felt more acutely by socioeconomically disadvantaged households. A 2017 study found that:

Gamblers living in low-income households spent a much greater proportion of their household’s total disposable income on gambling than high-income households (10% vs 1% on average) – this despite spending less in actual dollar terms ($1,662 vs $2,387).

Gamblers who had problems spent much more of their households’ income on gambling than other regular gamblers, with those experiencing severe problems in low-income households spending an average 27% of their disposable household income on gambling – equivalent to four times their yearly household utility bills, or more than half the grocery bills for that income group.

It is obviously not just government revenue that the gamblers fund, but whole segments of the sports and entertainment industry. Even within that section of the population that gambles, small subsections do a disproportionate amount of gambling. For example, 20% of poker machine players make 80% of losses.

When the Australian Labor Party took power earlier this year, it pledged to uphold the planned tax cuts from the former Liberal government. These income tax cuts will overwhelming favor higher income earners as they eliminate one tax bracket, lower another, and raise the thresholds. While it was still in power, the former Liberal government introduced a temporary cut in the fuel excise due to the recent radical price increases for petrol. Labor let this lapse after six months, as planned, arguing Australia couldn’t afford to lose the revenue.

Governments continue to increase duties on tobacco as part of publicized plans to lower smoking rates. These policies are, however, least effective amongst the least advantaged segments of the community. Over time, the effect of these approaches is to push an increasingly larger share of the burden for government revenue onto a smaller, and more disadvantaged and addicted section of the population. When even these plans fall short, Australian governments have even shown themselves willing to introduce new forms of addiction, such as poker machines, to uphold their income without increasing corporate or income tax.

Business Travel’s Rebound Is Being Hit by a Slowing Economy