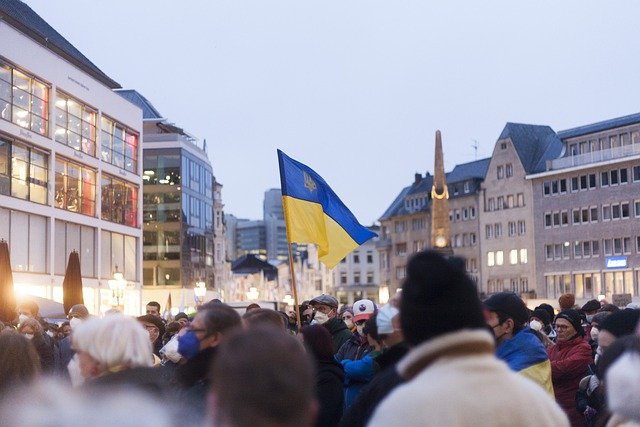 Congressional lawmakers agreed to a deal that would provide another $12 billion in aid to Ukraine, which would bring the total military and economic resources provided to over $66 billion.

The news follows the Senate passing a $40 billion aid package in May, along with a $14 billion package in March.

President Biden earlier this month asked Congress for an additional $11.7 billion in aid for Ukraine, with Congress, in turn, seems to be jumping at his behest.

As a reminder, also earlier this month the Army told active-duty American soldiers to go on food stamps if they were unable to afford food thanks to inflation.

Food stamps for American soldiers, endless billions for Ukraine. This is your country now.

Reuters reports that the funding agreement for Ukraine would address a variety of financial needs for Ukraine, including the hope that it would “reduce future energy costs.”

Meanwhile, the White House which had been touting lower gas prices despite them being well over the national average when Biden took office, has suddenly gone quiet. Why? Because they’re going back up again.

Biden and Congress won’t do anything to address American energy woes, but as long as Ukraine keeps showing a little leg, the political strip club patrons on the left and right will continue to shell out dollar bills.

A “bipartisan agreement” has been reached in Congress to send yet another $12 billion to Ukraine.

I’ve said it before and I’ll say it again – we need a full accounting of every dollar that has been sent there.

We have no clue what our taxpayer money is actually being spent on.

What’s Another $12 Billion to Ukraine?

Republican congressman Dan Crenshaw has been a consistent target of critics who don’t agree with his capitulation to sending billions of dollars to Ukraine while the American people suffer.

Protesters confronted him back in June over his stance.

“Gas is $5 here and you’re giving Ukraine all this money?” one man asked.

Viral comedian Alex Stein recently confronted Crenshaw over his willingness to put Ukraine’s needs ahead of those of Americans.

They all – with the exception of a rare few – care more about Ukraine.

Stein erroneously suggested $80 billion had gone to Ukraine which Crenshaw argued was “not even close.”

Well, with an additional $12 billion heading to Ukraine, it’s getting pretty close.

Slap in the Face to Americans

Senator Rand Paul has been a rare voice of opposition to providing a blank check to Ukraine with no accountability, especially during perilous economic times for the American people.

Paul (R-KY) temporarily blocked the $40 billion package back in May, demanding that an Inspector General monitor how the funds were being spent.

“It’s threatening our own national security, and it’s frankly a slap in the face to millions of taxpayers who are struggling to buy gas, groceries, and find baby formula,” Paul said of the exorbitant amounts of aid being provided to Ukraine.

This latest addition of $12 billion to Ukraine is also a slap in the face of our fighting men and women here in America.

The latest negotiations come just weeks after the United States Army advised soldiers to apply for food stamps during these difficult economic times.

The U.S. army is recommending soldiers apply for food stamps to help cover their rising costs from Biden’s inflation.https://t.co/7VCQiUBEK1

Quite frankly, that is sickening.

And now we’ve topped off at $66 billion in aid to Ukraine.

One thing is clear – If they have this much money to throw around, the American people are thoroughly overtaxed by their government.

U.S. and NATO Scramble to Arm Ukraine and Refill Their Own Arsenals