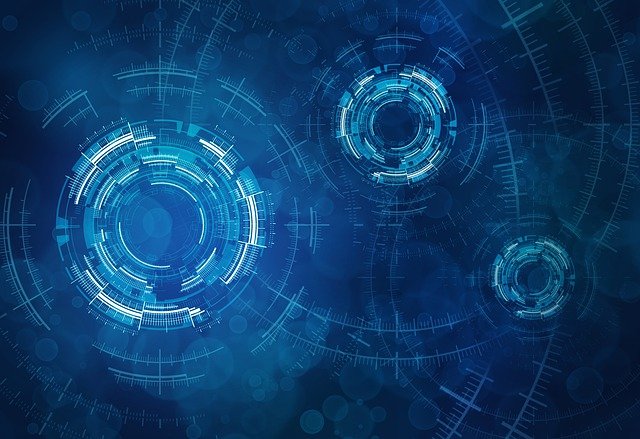 I’m writing this atop a tray table on my fifth flight in 3 weeks. It’s a lot of cross-country travel after 2 years of largely not leaving my one-bedroom apartment. When it rains, it pours, I guess. Up until this flight, the 14-inch MacBook Pro has been a constant travel companion, rarely leaving my sight, lest the Find My app send out panicked signals.

Given how stationary the pandemic has made most of us, portability likely hasn’t entered into too many of our gadget-buying decisions — certainly not the way it used to. The new 13-inch MacBook Pro sheds half a pound from its larger, older sibling, weighing in at 3 pounds on the nose. The change is immediately evident in my bag, and my back is thanking me for it.

The new model is as thick as the 14-inch (actually, it’s precisely 0.01 centimeters thicker), but the overall footprint is more compact, owing to the smaller screen. As someone who invariably finds himself working on flights, I can tell you that airplane seats are one of the places in the world where a centimeter here or there actually makes a good bit of difference (I’m not made of Comfort+ upgrade money, folks).

There are standard trade-offs, of course. If you’ve ever shopped for a laptop, you know the mental math — screen size and portability are inversely proportional. For my part, the conversation looked very different in March 2020 than it does today. Hop on a half-dozen flights and suddenly you’re reminded why you were so concerned about such things in the first place.

Thing is, much of what I’ve just written is going to be rendered largely moot a few weeks from now. Apple’s new chip is the real selling point of this new Pro, of course, but the laptop’s exclusivity with the M2 is going to be up in a manner of weeks, when the new Air arrives. As far as moments of glory go, this one is pretty short-lived — and honestly, it’s no wonder the company didn’t linger on this model for very long during the WWDC keynote. Above all, the new Pro feels like a stopgap — and not a particularly long one, at that.

Cast your mind all the way back to November 2020, when Apple launched a trio of Macs: a MacBook Pro, an Air and a Mini. At the time, the prospect of brand-new silicon was enough to super-charge sales. The company has had several great quarters of PC revenue since. What the devices lacked, however, was any manner of meaningful redesign to external hardware. 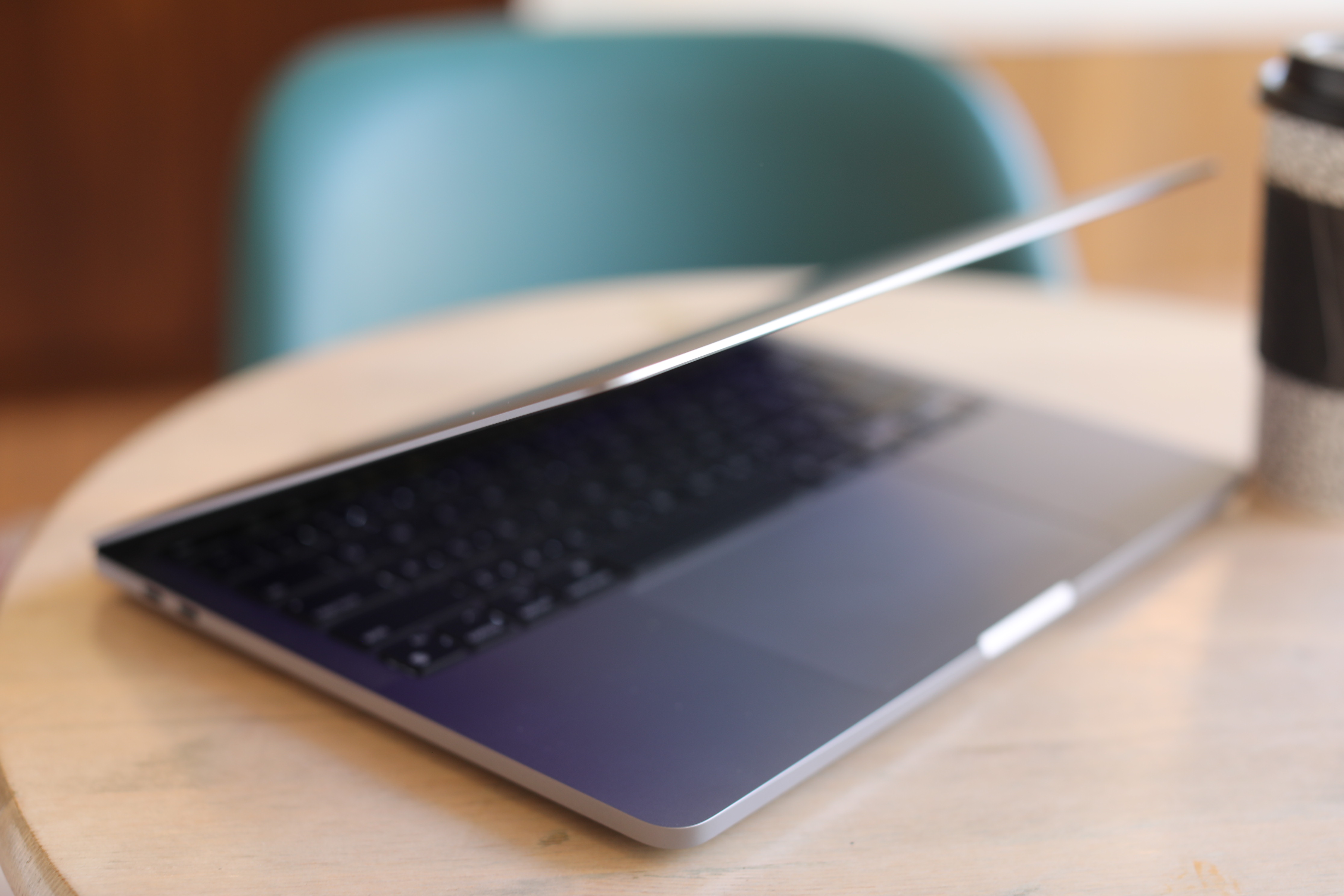 The prospect of “holding out a bit longer” for the next update is a tricky one, especially with a notoriously tight-lipped company like Apple. When you’re not 100% sure what’s around the corner, sometimes you bite the bullet and buy the new device that you really need right now. But in the case of the 13-inch Pro — which, like the late-2020 models, features new silicon in an old chassis — we can say with 100% certainty that we know exactly what’s around the bend. Not only that, but we also have a pretty good notion that it’s going to be better in the most important ways.

What we have in this case is a strange artifact. In evolutionary science, it’s known as a “transitional form” — a link between two species. In this case, it’s taken a step up the evolutionary ladder in the brain department, while its body has yet to follow. It’s a form that arrives with some vestigial organs. For the time being, at least, reports of the Touch Bar’s death were moderately exaggerated. If you’ve fallen in love with that input device over the last few years (I’ve learned through my stories in recent weeks that such people do, in fact, exist), buy now or forever hold your peace. You will, however, be trading many of the new MacBooks’ best features for the peripheral. 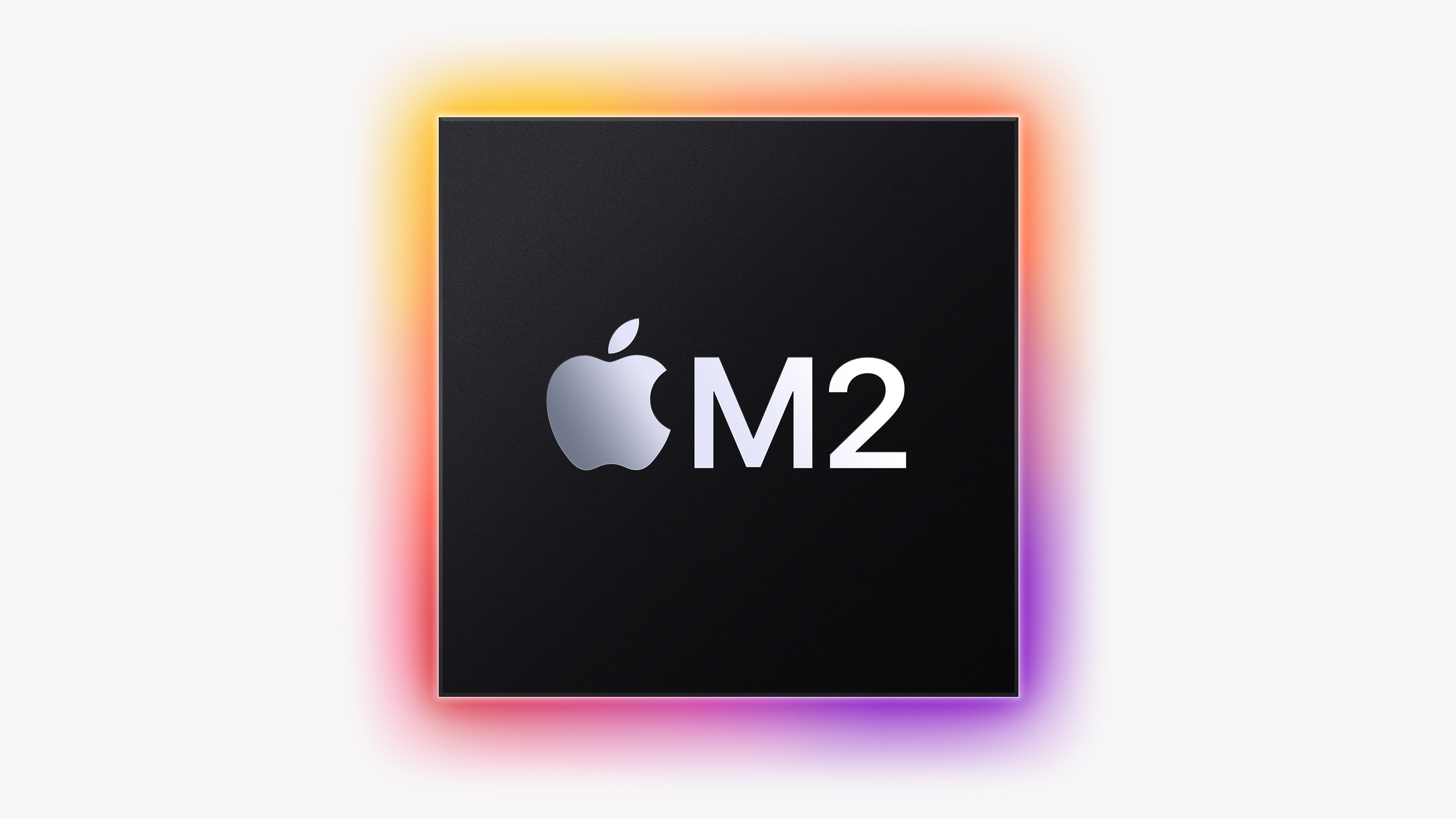 Before we go any further, let’s break down the relatively similar models. This is the Pro’s review, so it gets to go first.

Oh, and with a starting price of $1,119, it’s also $100 cheaper (though it bears noting here that both are still pricier than the 2020 Air’s $999 starting price). Beyond the above, the products are largely identical, in terms of specs. Both feature an 8-core M2, coupled with a GPU configurable to up to 10 cores (as is the one I’m currently using to write this story). Memory is configurable to up 24GB and storage 2TB.

Of course, I have to caveat all of this by saying that I’ve not touched the M2 Air beyond some cursory impressions and photos at WWDC a few weeks back. It will be interesting to see how factors like the cooling system impact the new chip’s performance in a head-to-head. For now, however, I can confidently say — barring any major laptop-related emergencies — I would wait a couple of weeks for the Air to arrive if you’re on the fence between the two. Ultimately, I suspect I’ll be recommending the Air for frequent travelers and the 14-inch Pro for those with more resource-intensive work demands. 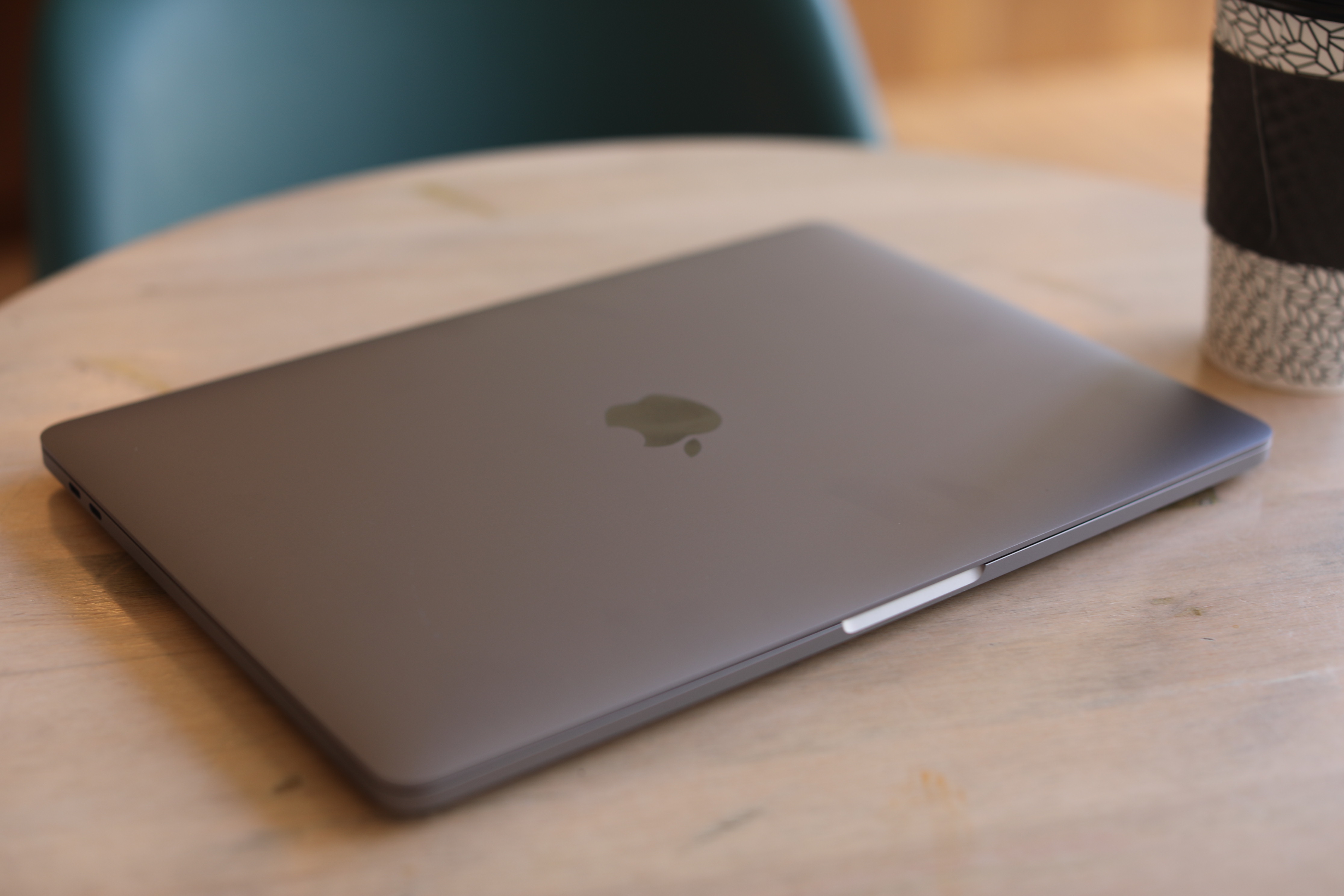 None of this is to say the 13-inch MacBook is a bad device. It decidedly is not. It’s effectively the last 13-inch MacBook wrapped around a better processor. It’s hard to get mad about that. It’s just that, in a line that contains the 14-inch MacBook Pro and the forthcoming 13-inch Air, it feels entirely unnecessary. That’s not a complaint you can levy that often against a company like Apple, which has traditionally gone to great pains to pare down its product lines. And while more choice is generally a good thing, for most consumers in most situations, it’s frankly not a tough decision. 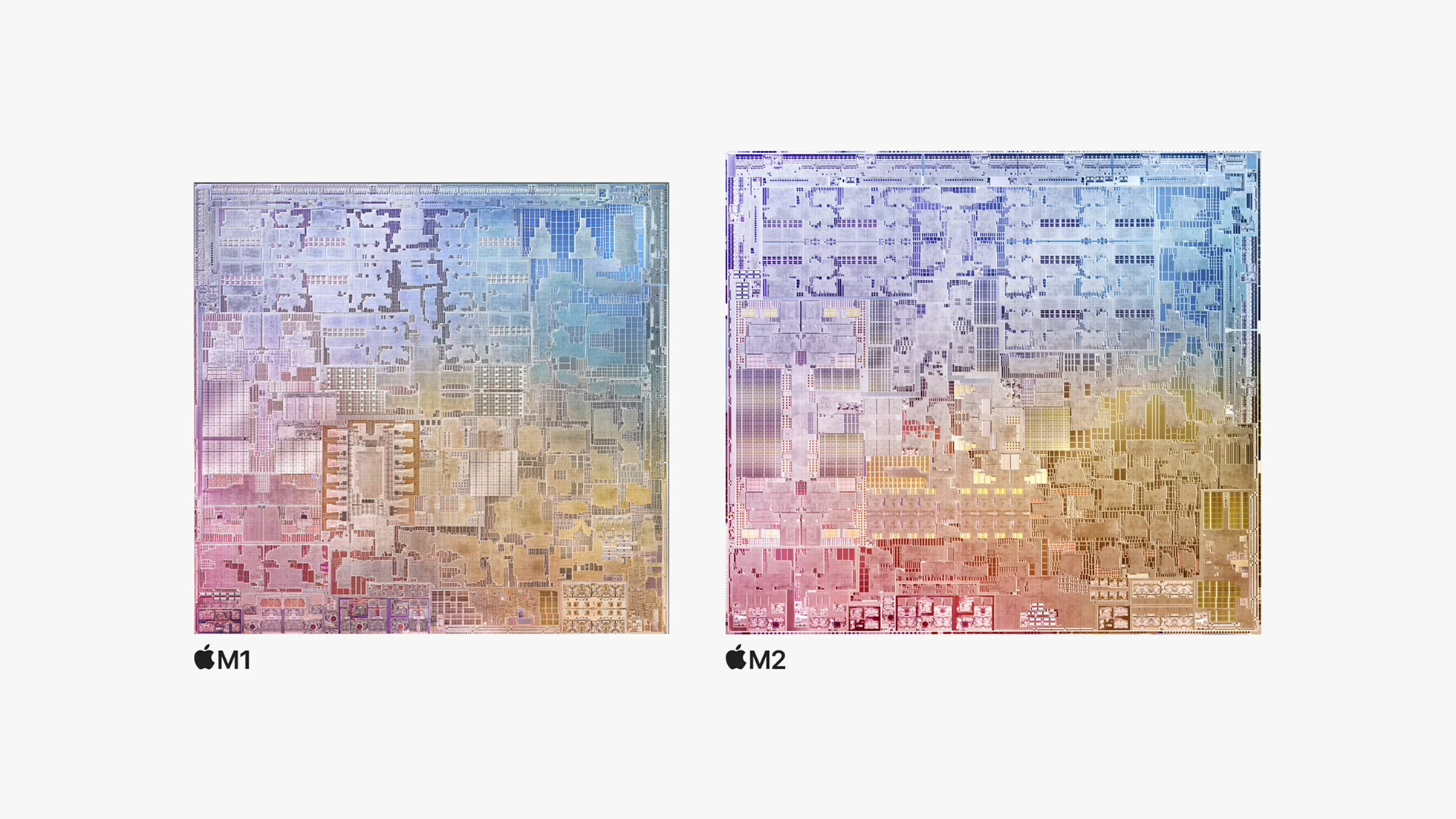 Things can also be a bit confusing on the chip side, as well, at first glance. The short version is effectively this: The M2 is a nice upgrade from the M1, but the M1 Max and Pro are still going to outperform it by most meaningful metrics. This also likely means the company has set the basic release pattern here — the main M line chip first, followed by the Max and Pro variants. The cadence of the release remains a question, though it seems unlikely the company will be able to keep up with the mobile side. 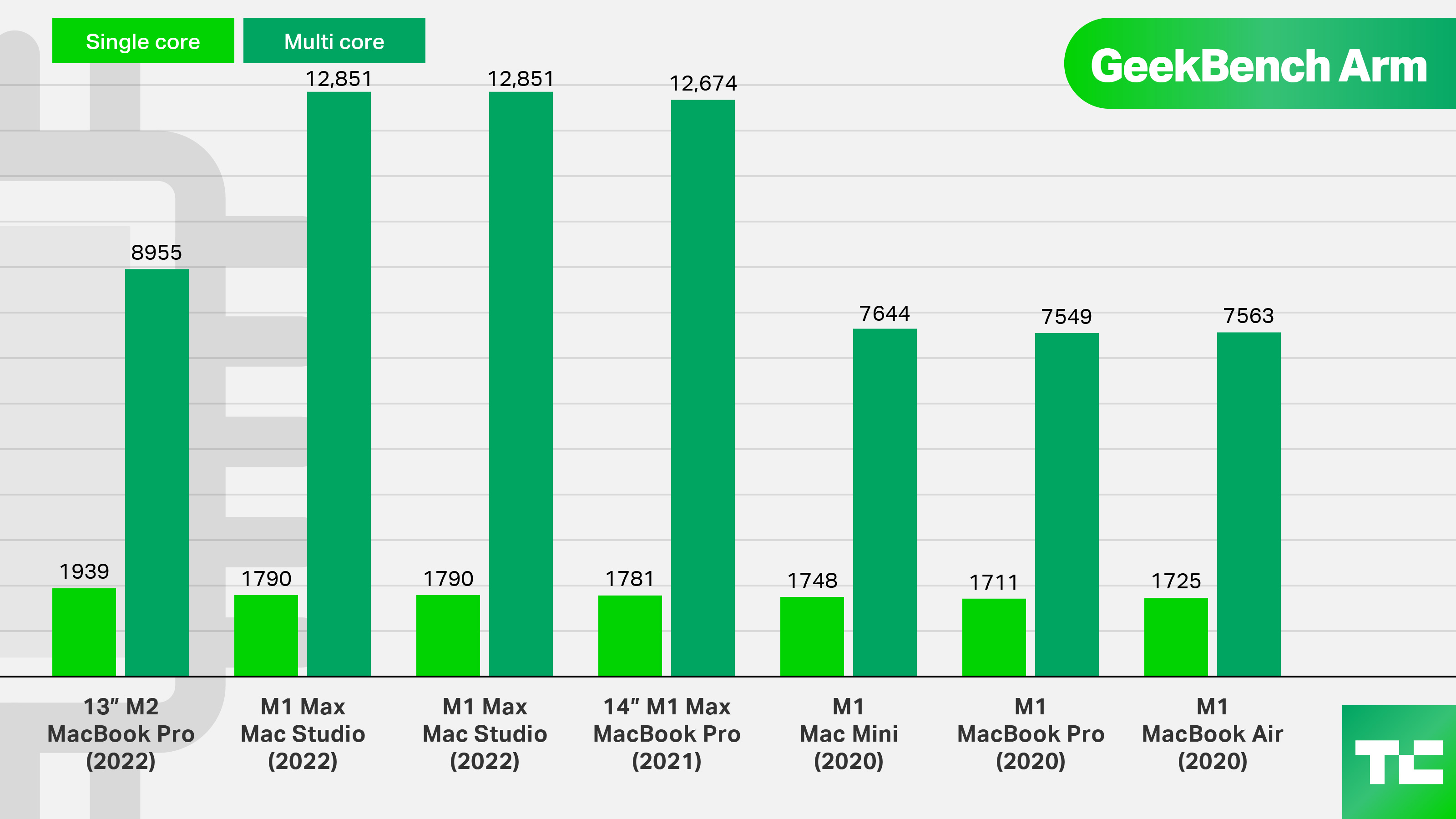 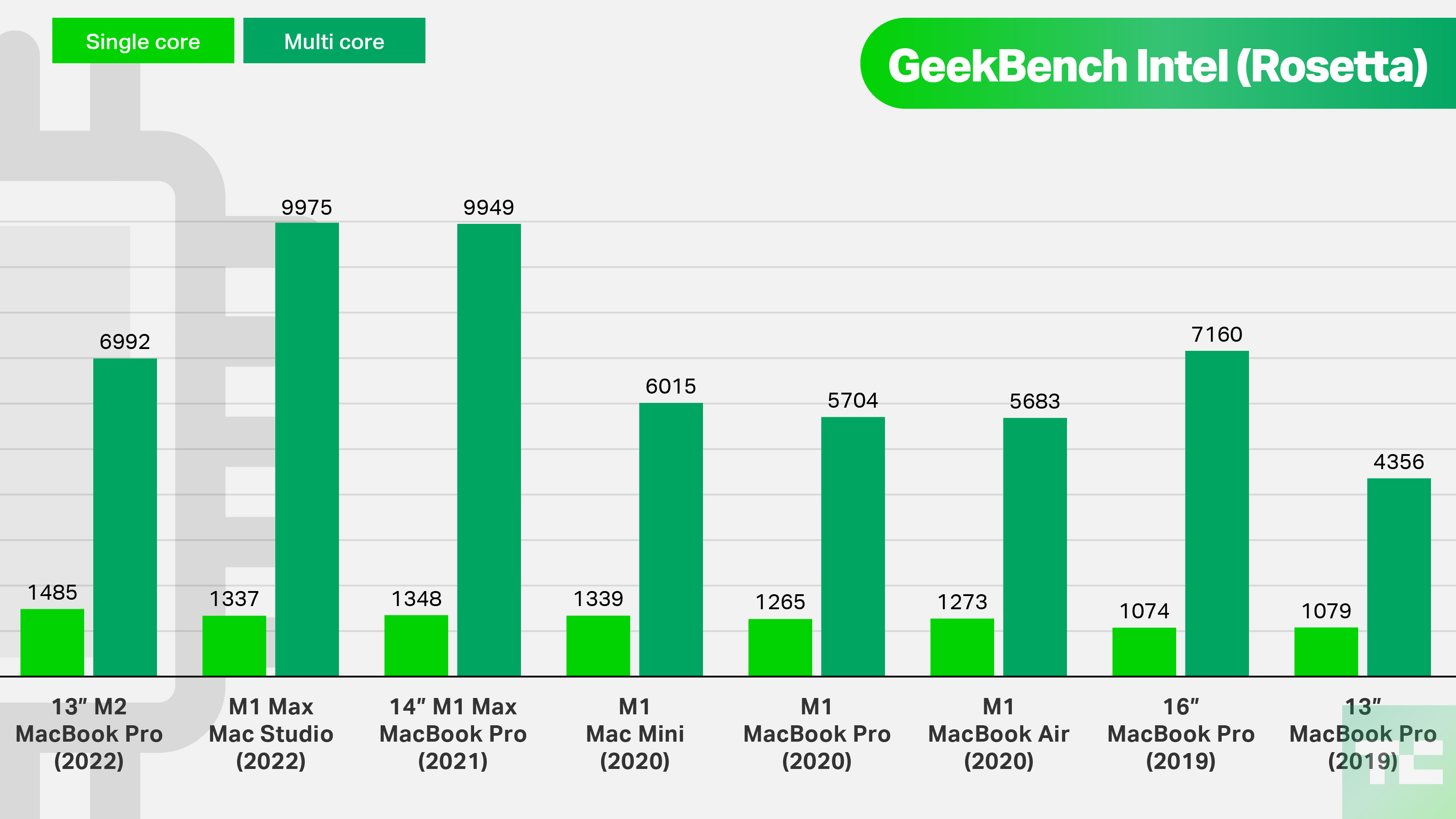 The system performed similarly well on the Intel test, running through Rosetta 2, at 1485 on single core and 6992 on multi. Compare that to the 2020 Pro’s 1265 and 5704 and the 2021’s 1348 and 9949, and you’ve got a pretty good idea where it lands. The system really impresses on single core and does quite well on multicore tasks, though it (predictably) can’t touch the Max on the latter. For day-to-day tasks, however, you’re looking at a nice upgrade here over the M1. Apple’s progress in first-party silicon has been impressive to watch. 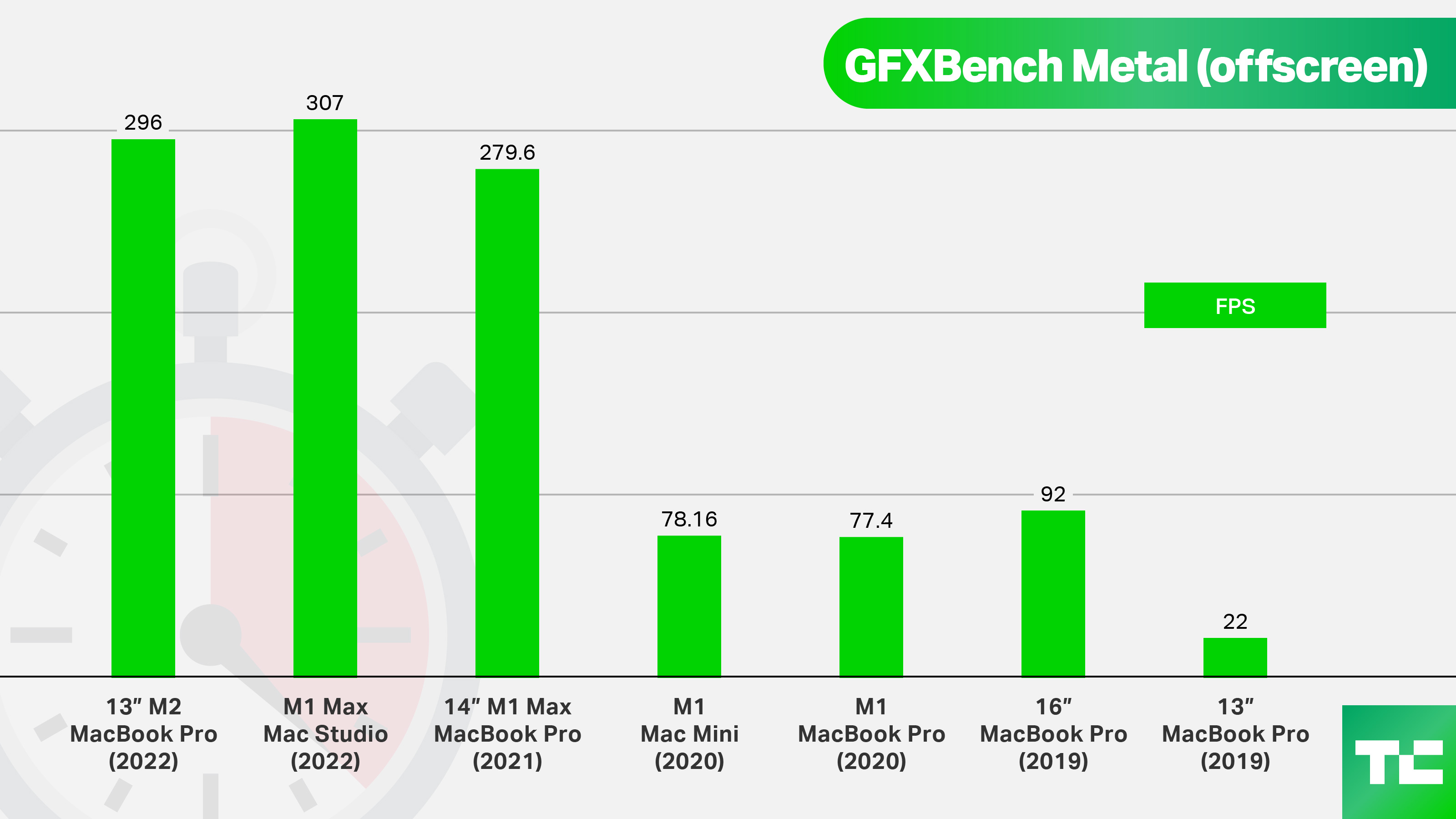 The GPU gains are quite impressive here. Apple’s vision of becoming a more serious gaming powerhouse feels significantly closer than it did a mere 3 years back. Of course, there’s still a fair bit to be done on that front. 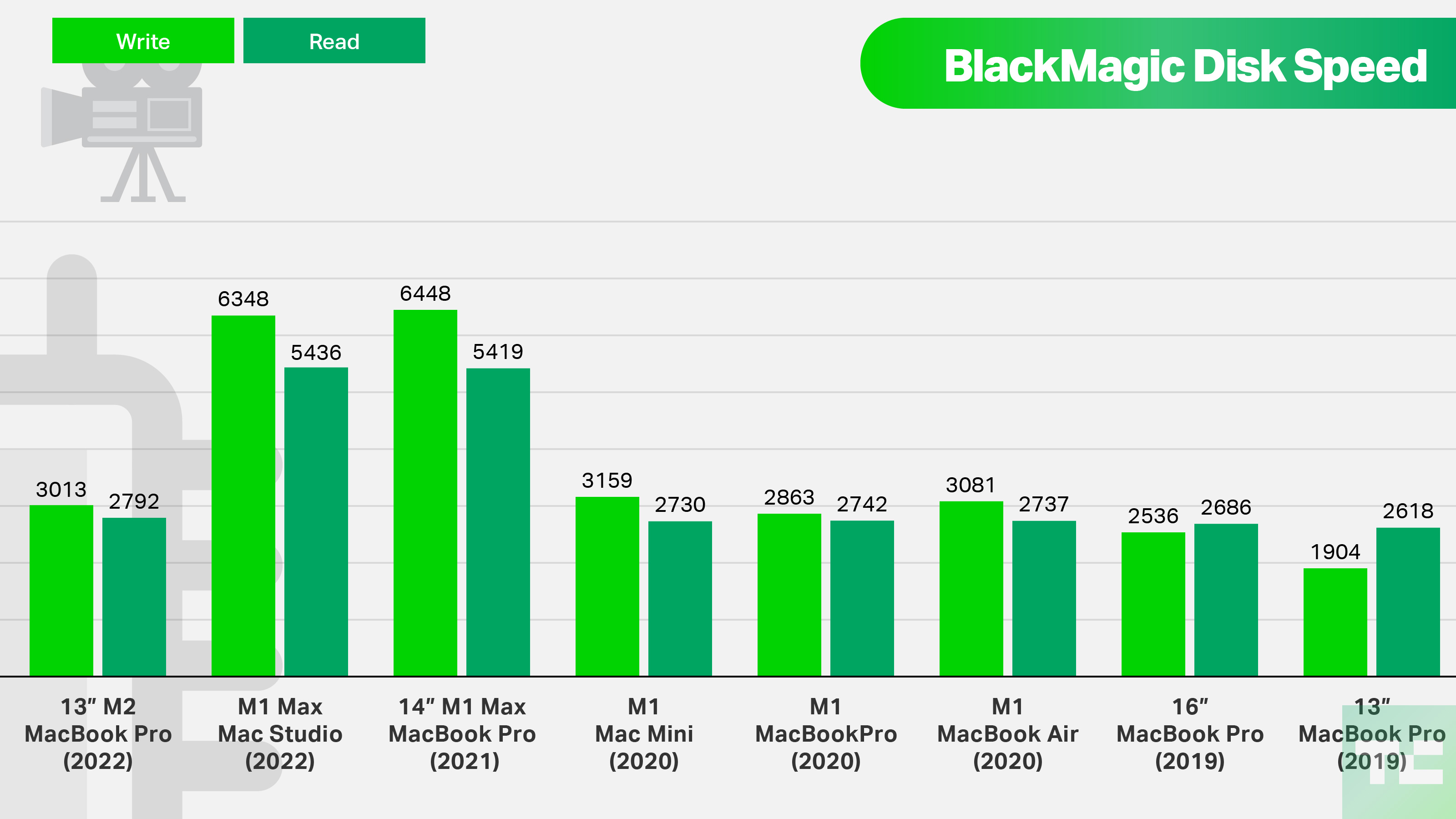 In a battery rundown (streaming video on Apple TV+), the laptop outperformed last year’s MacBook Air test, adding 30 minutes to its 16 hours. Incidentally, I just got back to the hotel, and the battery is at about 80%, after writing, listening to music and generally multitasking on the plane.

It’s great that Apple upgraded the on-board microphones here. It’s a nice touch for people who frequently use their laptops for teleconferencing. But the new mic array ultimately draws attention to the old 720p camera system. After 2 years of a remote work revolution, there’s simply no excuse not to have a good camera on your $1,300 laptop. As we noted with the M1’s release, new ISP can aways go toward improving an image through computational photography — but for the time being, sensors still matter. 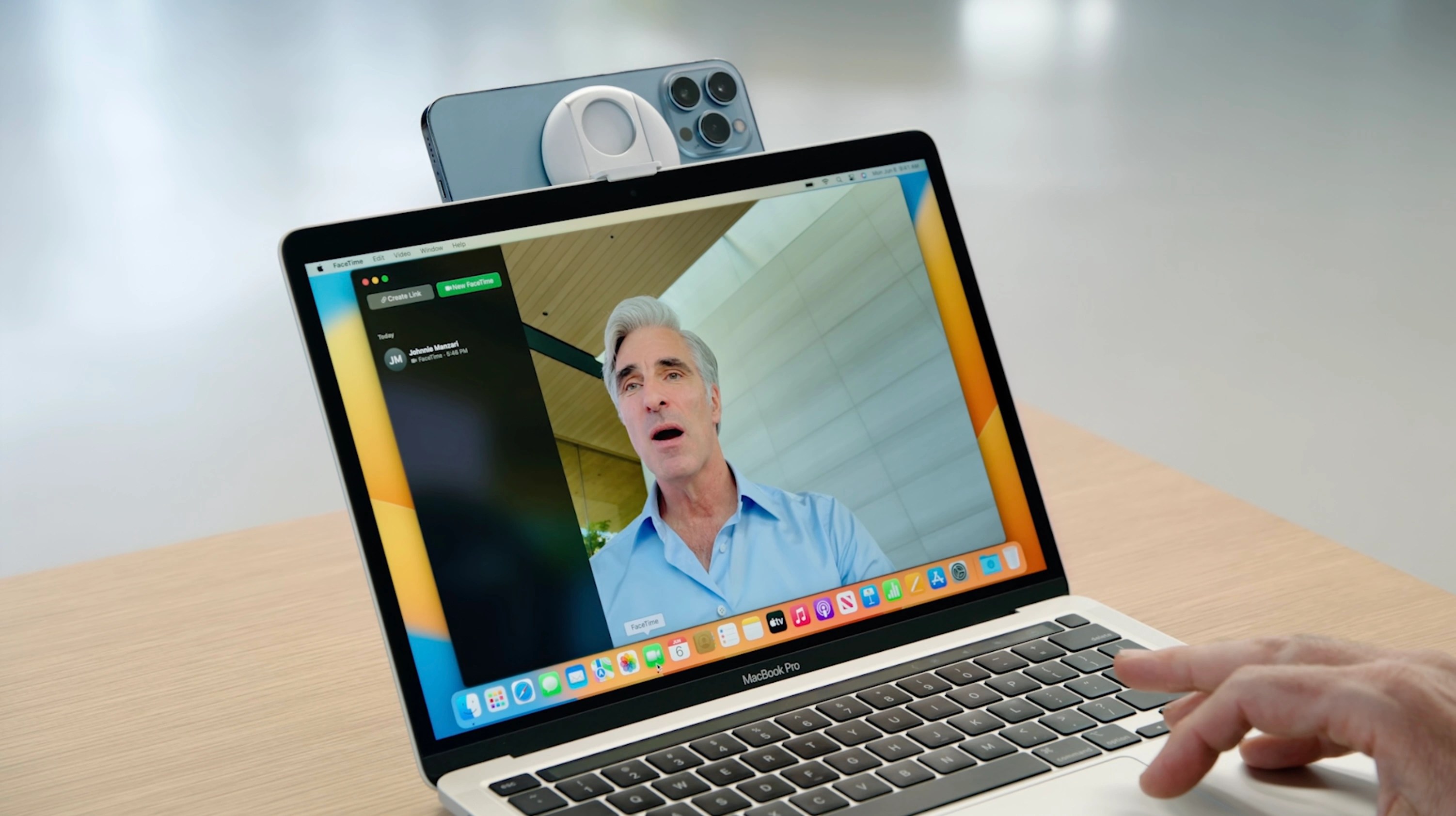 Continuity Camera is a clever — and interesting — work-around here, but Apple really needs to upgrade the on-board camera in every way. That will likely have to wait until the system gets a full hardware overall à la the 14-inch Pro and new Air. 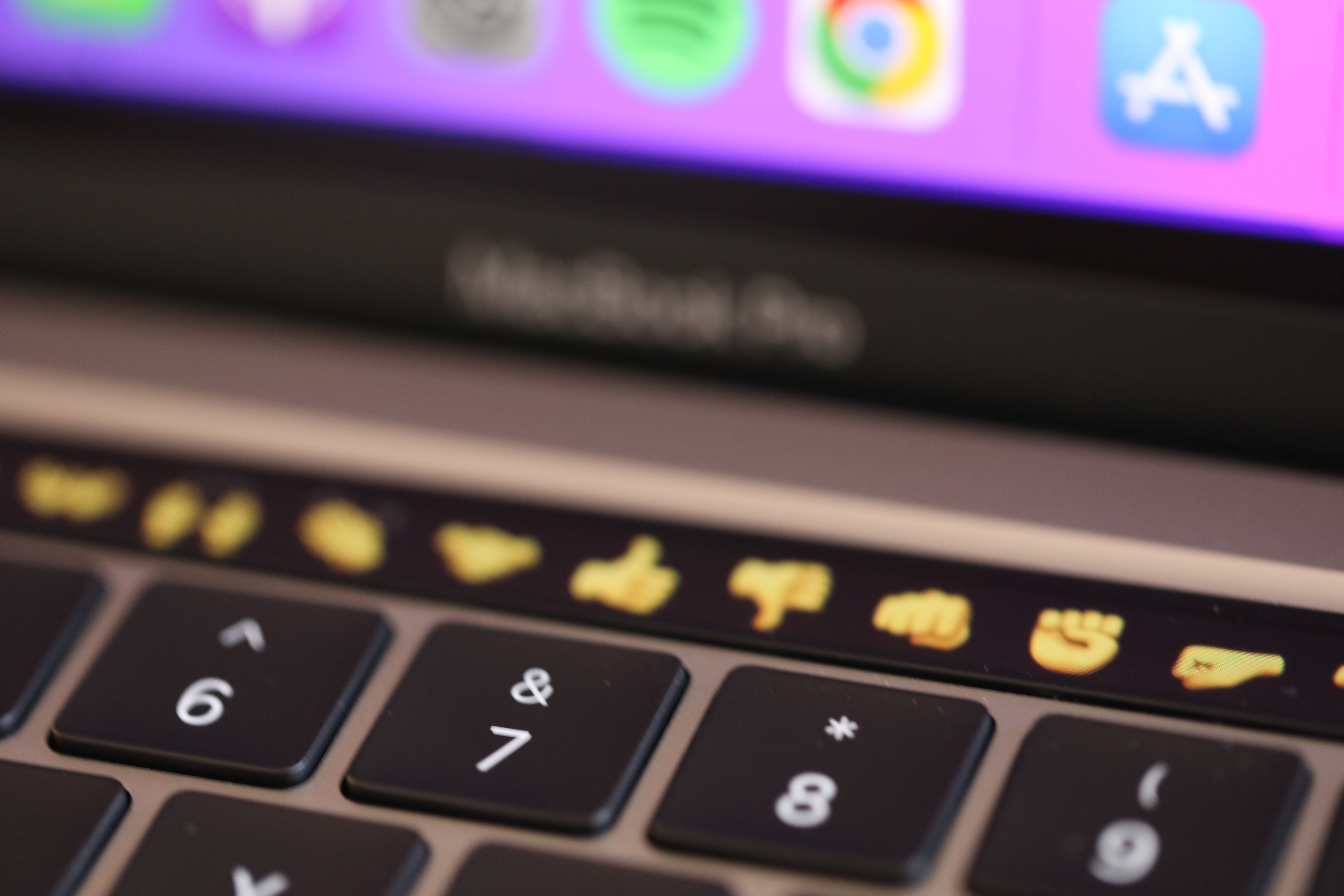 All right, we’ve been putting this off for long enough. Let’s talk Touch Bar. After using the 14-inch MacBook for the last several months, I can’t see myself going back to the Touch Bar. In fact, at several points on the flight, I found myself missing the simplicity of the function keys.

Expanding the bar to find the music playback keys while writing in Word isn’t nearly as intuitive as having a row of buttons there at all times. And besides, Touch ID, the best part of the Touch Bar experience, has been freed from the peripheral and is now available solo on the 14-inch and Air. Best of both worlds, if you ask me.

Don’t get me wrong, I understand why Apple was reluctant to avoid ditching the Touch Bar. A lot of R&D went into what seemed to be a promising feature. The visual execution is certainly there. It is, effectively, a super long and skinny hi-res touch screen. The colors pop and the scrolling effect is cool. Ultimately, however, it was a solution in search of a problem it never quite found. Asking people to fundamentally rethink how they interact with their content is a big ask — one the Touch Bar was never fully up to. 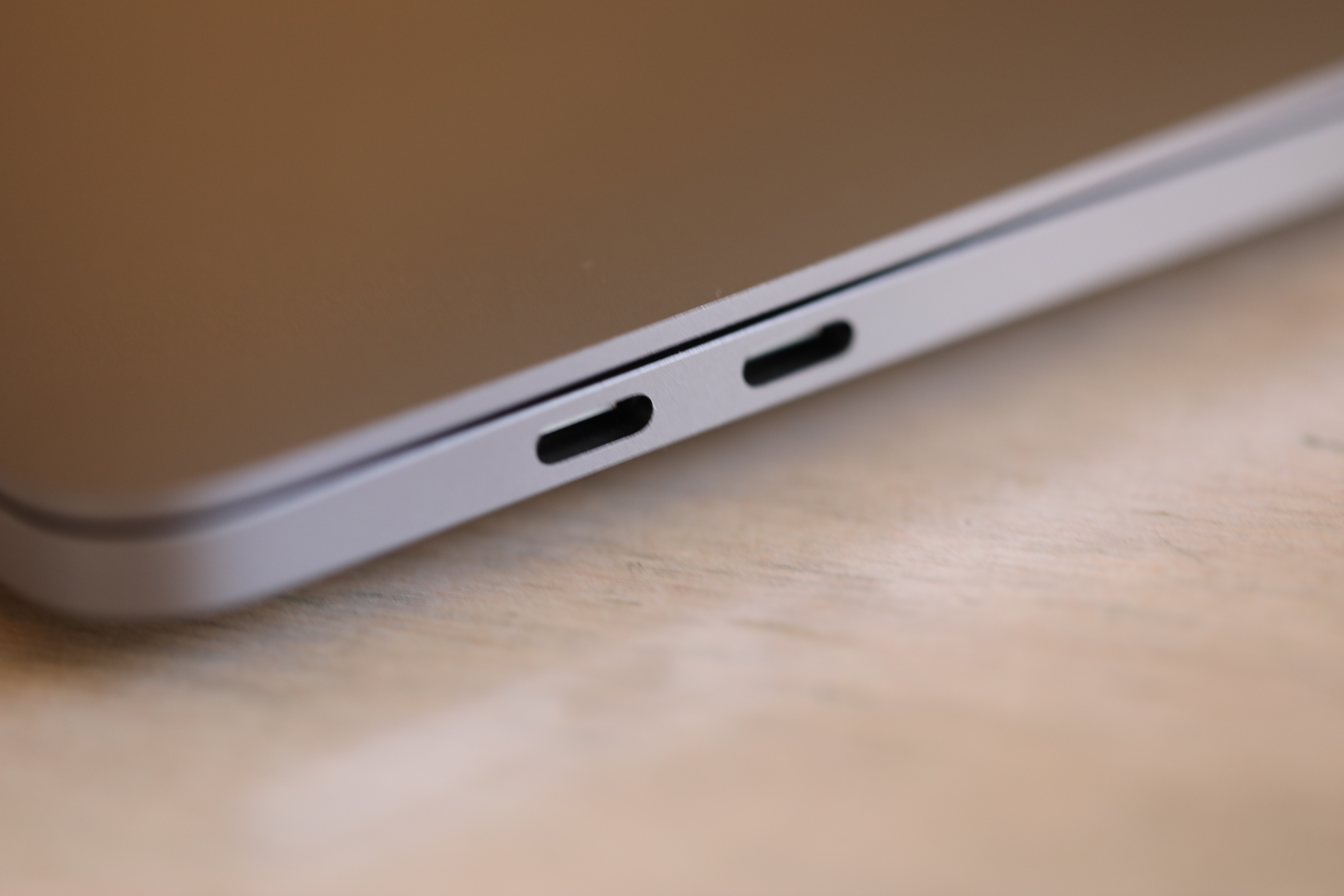 The port situation is identical to the Air’s — which is to say, sparse. You’ve got two USB-C/Thunderbolt 4 ports on one side and a standard 3.5mm headphone jack on the other. I’m glad Apple’s keeping the latter alive on its laptops. I like to plug in for things like editing audio. An additional USB-C port on the side of the headphone jack would be great — and some additional ports, in general, could help differentiate the device from the Air, but again, we’re effectively dealing with the same enclosure as the last 13-inch model. The 14-inch also tosses an HDMI and SD card slot into the mix.

I’ve been keenly aware throughout this writing that the tone of this review would be quite different if Apple hadn’t announced the laptop immediately after the Air (or, for that matter, several months after the 14-inch Pro). It’s a fine laptop, and the M2 brings some impressive gains over the standard M1, but a review requires that additional context.

The 13-inch MacBook Pro has the new Air beat in a few departments, including battery life, microphones and the inclusion of a cooling system for resource-intensive tasks. On the whole, however, the Air is shaping up to be the clear head-to-head winner of these two systems. And that alone makes this system hard to recommend.