As war rages in Ukraine, Nestle suspends sales of KitKat and Nesquik in Russia 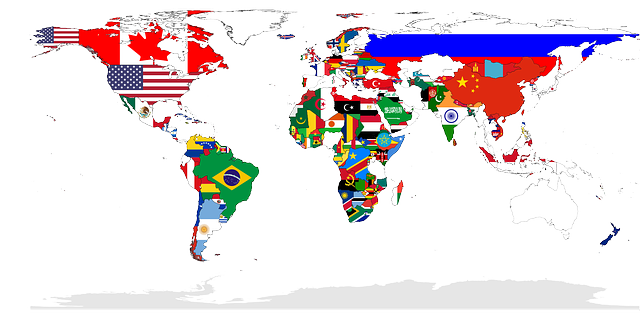 Nestle will stop making brands including KitKat and Nesquik in Russia, the world’s largest food company said Wednesday amid public pressure to halt all business in the country as Russian forces continue to bombard cities in Ukraine.

“As the war rages in Ukraine, our activities in Russia will focus on providing essential food, such as infant food and medical/hospital nutrition,” the Swiss company stated in an update on Wednesday, almost a month after Russia’s ongoing military assault began. “Going forward, we are suspending renowned Nestle brands such as KitKat and Nesquik, among others.”

Ukrainian President Volodymyr Zelenskyy on Saturday singled out the Swiss company for remaining in Russia in a speech streamed to thousands of demonstrators in Bern, Switzerland’s capital, according to media outlets including Bloomberg News and CNN.

“‘Good food. Good life.’ This is the slogan of Nestle. Your company that refuses to leave Russia. Even now — when there are threats from Russia to other European countries. Not only to us. When there is even nuclear blackmail from Russia,” he said.

Zelenskyy’s remarks echoed comments last week by Ukrainian Prime Minister Denys Shmyhal, who in a tweet blasted Nestle CEO Mark Schneider over his company’s stance on doing business in Russia. The Swiss company earlier this month stopped shipments of non-essential items to Russia, but continues to sell things like baby food, cereal and pet food in the country.

“Unfortunately, he shows no understanding,” Shmyhal said of Nestle’s chief executive in a tweet. “Paying taxes to the budget of a terrorist country means killing defenseless children&mothers. Hope that Nestle will change its mind soon.”

Talked to @Nestle CEO Mr. Mark Schneider about the side effect of staying in Russian market. Unfortunately, he shows no understanding. Paying taxes to the budget of a terrorist country means killing defenseless children&mothers. Hope that Nestle will change its mind soon.

Nestle, which previously stopped non-essential imports and exports into and out of Russia, said it does not make a profit from its remaining activities there. “The fact that we, like other food companies, supply the population with important food does not mean that we simply continue as before,” a company spokesperson said in an email to CBS MoneyWatch.

“We are doing whatever we can in Ukraine and neighboring countries to help alleviate this humanitarian catastrophe,” the spokesperson added. “We are still one of the few active food companies in Ukraine and sometimes even manage to distribute food in Kharkiv.”

Nestle is one of a number of companies that have suspended new investment and advertising in Russia but that continue to sell products there, according to a list by Yale University management professor Jeffrey Sonnenfeld. Roughly three dozen companies are resisting demands to exit or curtail their activities in Russia, Sonnenfeld contends.

Hundreds of large U.S. and other western companies have withdrawn from Russia since the country attacked Ukraine on February 24. American businesses to exit include Apple, Boeing, Caterpillar, Coca-Cola, Disney, Exxon, Ford, JPMorgan, MasterCard, McDonald’s, Microsoft, Nike, Visa and many others.

The U.S. public generally agrees with the professor’s position, according to a Harris Poll. Three-quarters of Americans say companies should stop doing business there, and a majority said they’d refuse to support a company still in Russia and would find alternative products, it found.

“Americans are watching how companies respond to the war on Ukraine, and the opportunity for companies to take a stand against Russia will prove a critical moment in reputation management for many global companies,” the Harris Poll said of its emailed findings.

Asked about food companies such as Cargill and ADM that are still operating in Russia, the White House said it had not asked any specific companies to pull out of the country.

“We have applauded those who have made that decision, and they are going to have to make decisions of their own regard,” press secretary Jen Psaki told reporters in a Monday briefing.

Companies could come under congressional pressure to exit Russia. Rep. Carolyn B. Maloney on Monday introduced a bill that would bar the U.S. from buying products and services from companies operating in Russia.

“For four weeks, the world has watched in horror as Russian forces have launched barbaric attacks against the peaceful and independent country of Ukraine,” the New York Democrat said in a statement.

“With the devastating images of thousands of innocent civilians being killed and injured in Ukraine — including American journalists — it is essential that the United States ratchets up the pressure to weaken Russia’s ability to fund this unprovoked war,” Maloney stated. “While many companies have made the right decision to end or significantly scale back their operations in Russia, others have failed to do so.”

War in Ukraine just the latest challenge for NATO

Biden heads to Europe to address Russia’s war on Ukraine