President Biden met with NATO allies on Thursday in an emergency session about Russia’s brutal war against Ukraine as the conflict reached the one-month mark.

The 30-member alliance gathered at its Brussels headquarters to talk about plans to beef up NATO troop rotations in countries along the southern portion of its eastern flank — and contingency plans in case Russian aggression intensifies.

“We are determined to continue to impose costs on Russia to bring about the end of this brutal war,” NATO Secretary General Jens Stoltenberg said as the meeting began, paying tribute to “the great courage of the Ukrainian people and the Ukrainian armed forces fighting for their freedom and their rights.”

NATO allies have stayed remarkably united thus far in their response to Russia’s invasion of its neighbor. Biden’s mission ahead of the meeting was “to ensure we stay united, to cement our collective resolve, to send a powerful message that we are prepared and committed to this for as long as it takes,” his national security adviser Jake Sullivan said.

Biden plans to announce new sanctions for Russia and new humanitarian aid for Ukraine and the millions of refugees fleeing the fighting. Together with G-7 leaders, he will talk about new measures to deter sanctions evasion.

There’s a lot of symbolism in this moment 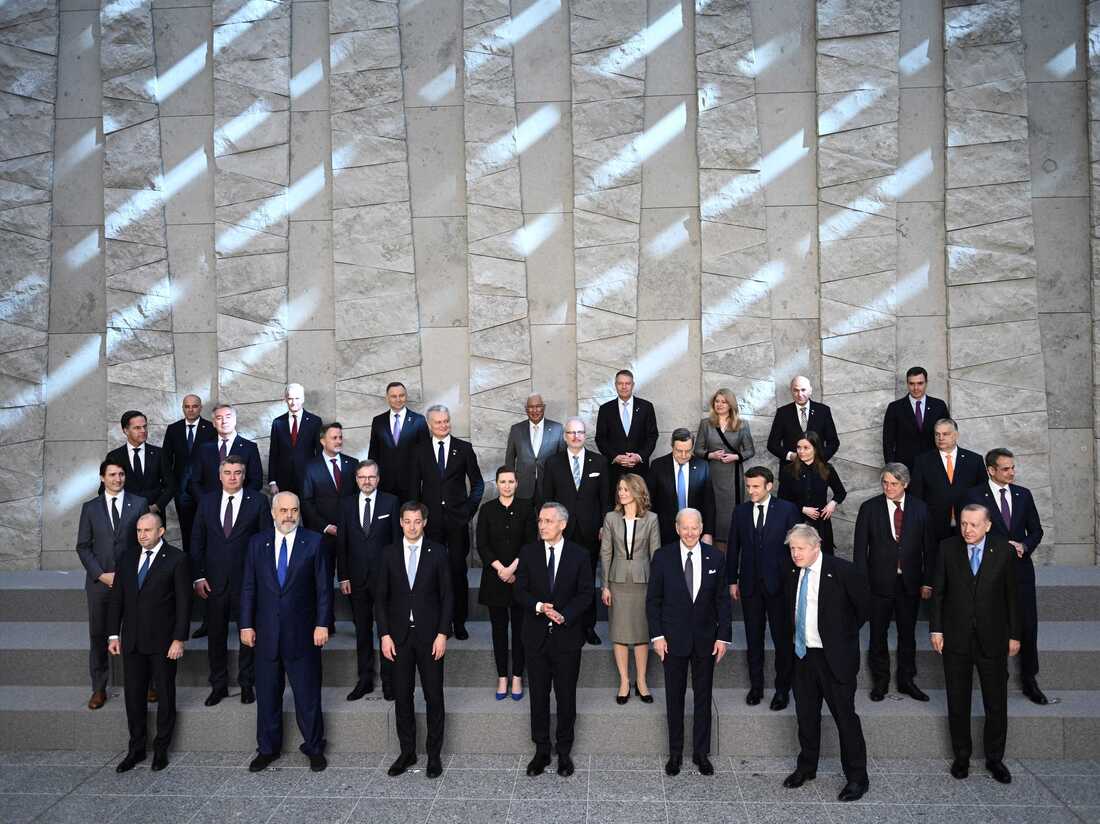 NATO leaders pose for a ‘family photo,’ a tradition that hold symbolic importance as they try to portray unity in the face of Russian aggression. Brendan Smialowski/POOL/AFP via Getty Images hide caption

Seeing Western leaders standing side-by-side will send a powerful message to Europeans alarmed at Russia’s attack on Ukraine — and a warning to Russian President Vladimir Putin about the strength of the NATO alliance, said Jim Townsend, a former deputy assistant secretary of defense for European and NATO policy.

NATO is bolstering forces on its eastern flank 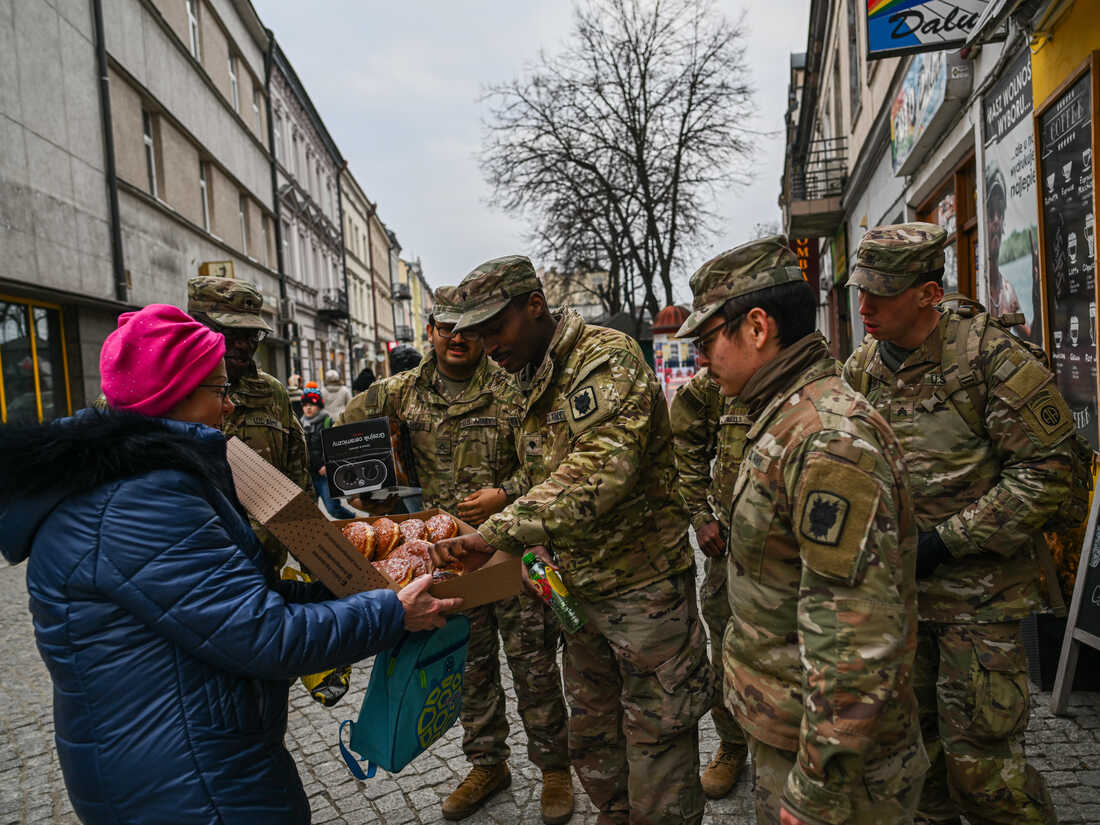 Allies closest to Russia — including Romania and the three Baltic states — have pressed NATO and the United States to boost troops in their countries. The White House said Biden plans to discuss whether more U.S. troops are needed in the region over the long term, though he’s not not expected to announce any immediate plans to add to the estimated 100,000 U.S. troops currently stationed throughout Europe.

Some of NATO’s bigger decisions on force posture are more likely to be made at a planned meeting in Madrid in June, Biden’s national security adviser Sullivan said ahead of the emergency session.

Russia’s aggression has prompted NATO leaders to reexamine the long-term strategic direction of the alliance, refocusing on Russia only months after Biden had pushed them to focus more on new challenges posed by China and climate change, Townsend said.

“It’s the old playbook,” he said. “You can hear the tires screeching from here.”

At the same time, Ukrainian President Volodymyr Zelenskyy has been pushing for more defensive support from the alliance. Some members of NATO have been providing weapons and equipment.

Ian Lesser, the vice president and executive director of the German Marshall Fund of the United States, said there may not be much appetite for a broader collective effort from NATO to collectively provide equipment to Ukraine, which is not a member of the alliance.

“Much of the support to Ukraine that has been delivered so far is really being delivered among a coalition of nation states — a coalition of the willing within NATO — but not necessarily as NATO’s action, per se,” Lesser said.

“As time goes on, there’s an open question as to whether Russia will continue to tolerate the supply lines” of arms transfers and fuel deliveries to Ukraine being organized from NATO territory, Lesser said. 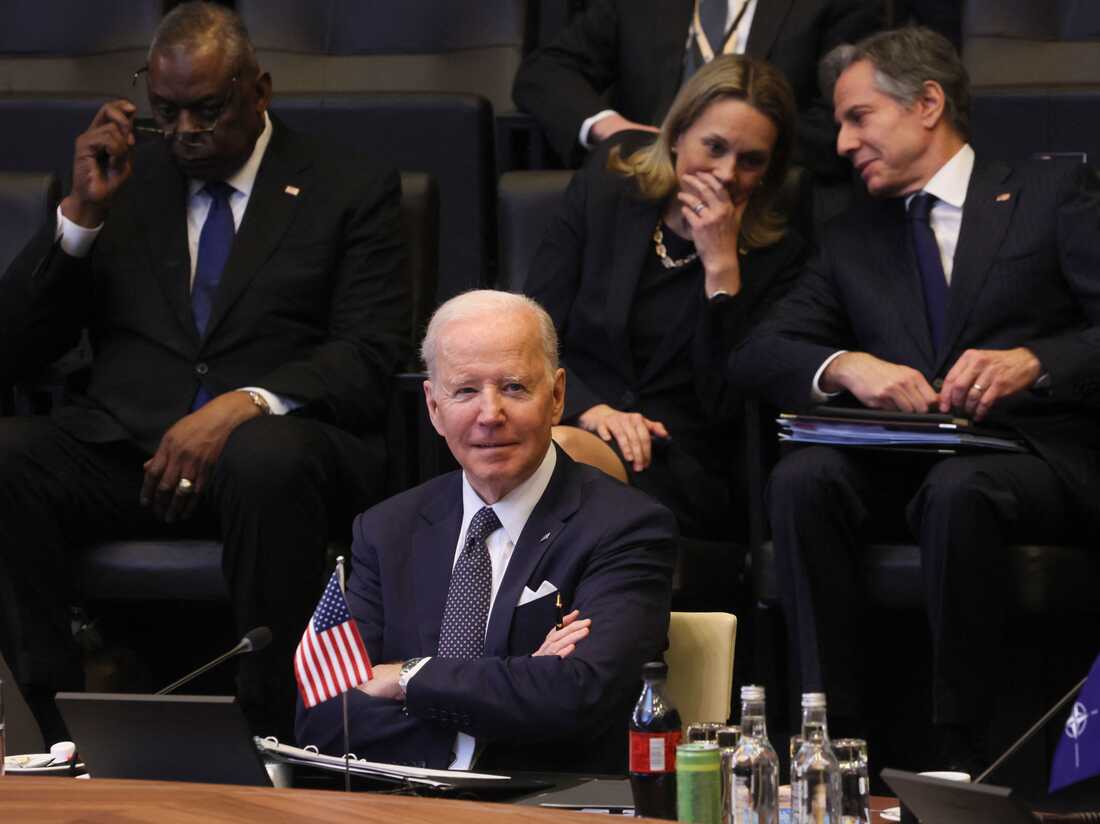 There will be new sanctions on Russia — and more enforcement

The U.S. and other major economies have frozen reserves held by Russia’s central bank. Some major Russian banks have been shut out of SWIFT, a system used by the world’s banks for transactions. Officials and oligarchs close to Putin have also seen their assets affected by sanctions.

Sullivan said Biden plans announce new sanctions on political figures, oligarchs and entities on Thursday. Together with G-7 leaders, he will talk about ways to crack down on efforts to evade existing sanctions on Russia, he said.

There have been carve-outs in sanctions for transactions related to oil and gas, the lifeblood of Russia’s economy. While the United States has banned imports of Russian oil, European partners depend on Moscow for energy.

On Friday, Biden and Ursula von der Leyen, the president of the European Commission, will talk about ways to make Europe less dependent on Russian gas in the months and years ahead, Sullivan said. 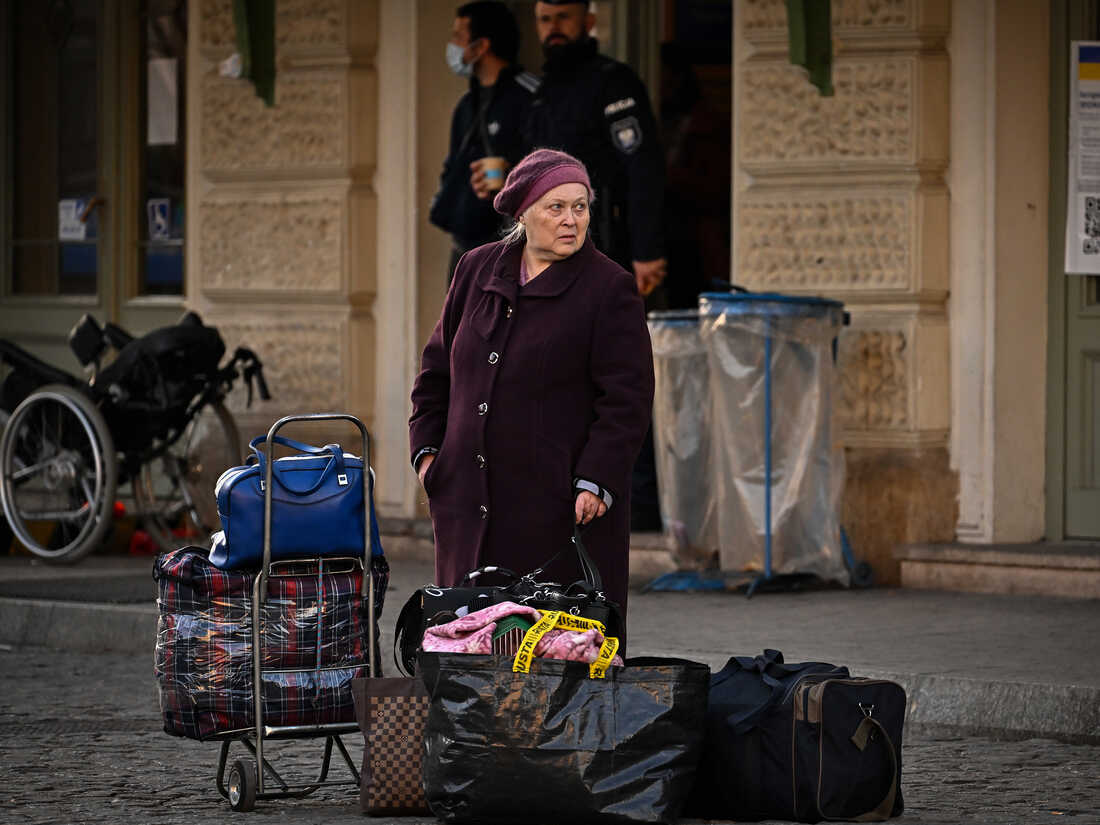 A woman waits for a bus at Przemysl train station in Poland after travelling on a train from war-torn Ukraine on March 22. Jeff J Mitchell/Getty Images hide caption

More than 3.5 million Ukrainians have fled the fighting in their country. Biden will travel to Warsaw and meet with Polish President Andrzej Duda. In Poland, he will visit U.S. troops stationed there, and talk to humanitarian experts, Sullivan said.

“He will announce further American contributions to a coordinated humanitarian response to ease the suffering of civilians inside Ukraine and to respond to the growing flow of refugees,” he said.

European Union leaders are planning their own summit with Xi on April 1, Sullivan noted. “This will be an opportunity — Thursday — for the United States and our European partners to coordinate closely on what our message is,” he said.