Biden Plans Sanctions on Russian Lawmakers as He Heads to Europe 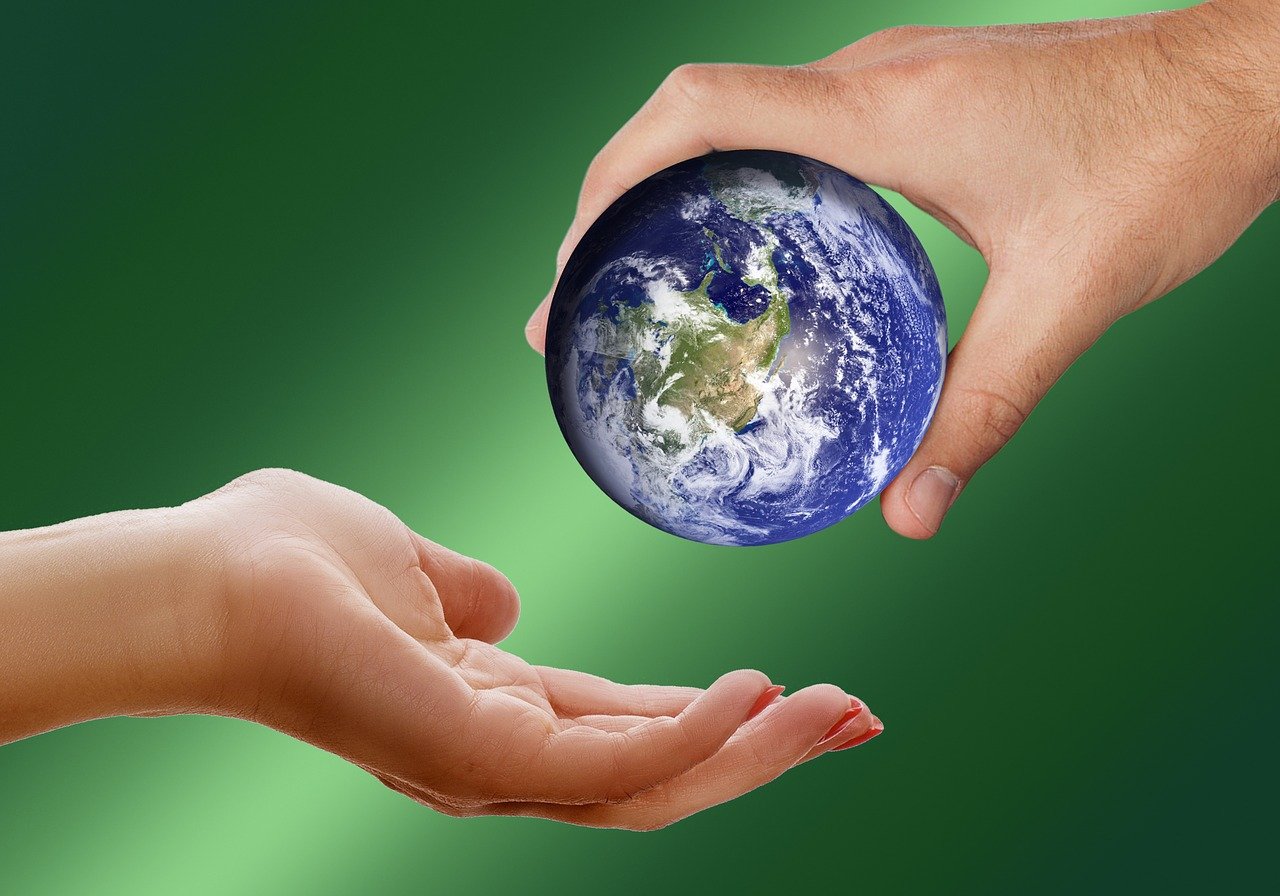 WASHINGTON — President Biden will announce sanctions this week on hundreds of members of Russia’s lower house of Parliament, according to a White House official familiar with the announcement, as the United States and its allies reach for even stronger measures to punish President Vladimir V. Putin for his monthlong invasion of Ukraine.

The announcement is scheduled to be made during a series of global summits in Europe on Thursday, when Mr. Biden will press Western leaders for even more aggressive economic actions against Russia as its forces continue to rain destruction on cities in Ukraine.

In Brussels on Thursday, Mr. Biden and other leaders will announce a “next phase” of military assistance to Ukraine, new plans to expand and enforce economic sanctions, and an effort to further bolster NATO defenses along the border with Russia, Jake Sullivan, the White House national security adviser, said on Tuesday.

“The president is traveling to Europe to ensure we stay united, to cement our collective resolve, to send a powerful message that we are prepared and committed to this for as long as it takes,” Mr. Sullivan told reporters.

Officials declined to be specific about the announcements, saying the president will wrap up the details of new sanctions and other steps during his deliberations in Brussels. But Mr. Biden faces a steep challenge as he works to confront Mr. Putin’s war, which Mr. Sullivan said “will not end easily or rapidly.”

The sanctions on Russian lawmakers, which were reported earlier by The Wall Street Journal, will affect hundreds of members of the State Duma, the lower house of Parliament, according to the official, who requested anonymity to discuss diplomatic deliberations that have not yet been publicly acknowledged.

Earlier this month, the United States announced financial sanctions on 12 members of the Duma. The announcement on Thursday will go far beyond those sanctions in what one senior official called a “very sweeping” action. Another official said details of the sanctions were still being finalized.

The NATO alliance has already pushed the limits of economic sanctions imposed by European countries, which are dependent on Russian energy. And the alliance has largely exhausted most of its military options — short of a direct confrontation with Russia, which Mr. Biden has said could result in World War III.

That leaves the president and his counterparts with a relatively short list of announcements they can deliver on Thursday after three back-to-back, closed-door meetings. Mr. Sullivan said there will be “new designations, new targets” for sanctions inside Russia. And he said the United States would make new announcements about efforts to help European nations wean themselves off Russian energy.

Still, the chief goal of the summits — which have come together in just a week’s time through diplomats in dozens of countries — may be a further public declaration that Mr. Putin’s invasion will not lead to sniping and disagreement among the allies.

Despite Russia’s intention to “divide and weaken the West,” Mr. Sullivan said, the allies in Europe and elsewhere have remained “more united, more determined and more purposeful than at any point in recent memory.”

So far, that unity has done little to limit the violence in Ukraine. The United States and Europe have already imposed the broadest array of economic sanctions ever on a country of Russia’s size and wealth, and there have been early signs that loopholes have blunted some of the bite that the sanctions on Russia’s central bank and major financial institutions were intended to have on its economy.

Despite speculation that Russia might default on its sovereign debt last week, it was able to make interest payments on $117 million due on two bonds denominated in U.S. dollars. And after initially plunging to record lows this month, the ruble has since stabilized.

Russia was able to avert default for now because of an exception built into the sanctions that allowed it to continue making payments in dollars through May 25. That loophole protects foreign investors and gives Russia more time to devastate Ukraine without feeling the full wrath of the sanctions.

Meanwhile, although about half of Russia’s $640 billion in foreign reserves is frozen, it has been able to rebuild that by continuing to sell energy to Europe and other places.

“The fact that Russia is generating a large trade and current account surplus because of energy exports means that Russia is generating a constant hard currency flow in euros and dollars,” said Robin Brooks, the chief economist at the Institute of International Finance. “If you’re looking at sanctions evasion or the effectiveness of sanctions, this was always a major loophole.”

The president is scheduled to depart Washington on Wednesday morning before summits on Thursday with NATO, the Group of 7 nations and the European Council, a meeting of all 27 leaders of European Union countries. On Friday, Mr. Biden will head to Poland, where he will discuss the Ukrainian refugees who have flooded into the country since the start of the war. He will also visit with American troops stationed in Poland as part of NATO forces.

Mr. Biden is expected to meet with President Andrzej Duda of Poland on Saturday before returning to the White House later that day.

White House officials said a key part of the announcements in Brussels would be new enforcement measures aimed at making sure Russia is not able to evade the intended impact of sanctions.

“That announcement will focus not just on adding new sanctions,” Mr. Sullivan said, “but on ensuring that there is a joint effort to crack down on evasion on sanctions-busting, on any attempt by any country to help Russia basically undermine, weaken or get around the sanctions.”

He added later, “So stay tuned for that.”

Sanctions experts have suggested that Western allies could allow Russian energy exports to continue but insist that payments be held in escrow accounts until Mr. Putin halts the invasion. That would borrow from the playbook the United States used with Iran, when it allowed some oil exports but required the revenue from those transactions to be held in accounts that could be used only to finance bilateral trade.

Russia’s shrinking force. The Pentagon said that Russia’s “combat power” in Ukraine has dipped below 90 percent of its original force. The assessment reflects the significant losses that Russian troops have suffered at the hands of Ukrainian soldiers.

Cracking down on dissent. A Russian court sentenced the opposition leader Aleksei A. Navalny, already serving a two-and-a-half-year prison term for violating parole, to an additional nine years on fraud charges. Russia also amended a draconian censorship law to expand the scope of government bodies off-limits to criticism.

Biden’s diplomatic push. President Biden will press allies for even more aggressive economic sanctions against Russia during a series of global summits in Europe this week, seeking to maintain unity of purpose as Russian forces continue to rain destruction on cities in Ukraine.

The United States and Europe could also broaden their sanctions on Russia’s financial sector and target its major energy companies, Gazprom and Rosneft, without banning oil and gas exports. Such a move would hamper future energy exploration projects and inflict longer-term damage on its production capacity, American officials have said.

Biden administration officials have said they crafted the sanctions on Russia to allow for its energy exports to proceed, acknowledging Europe’s reliance on Russian oil and gas and arguing that disrupting the market could have an adverse impact on the global economy.

In recent days, European leaders have come under increasing pressure from the U.S. administration as well as a core group of hard-liners within their ranks — including Poland and the smaller Baltic nations — to impose an oil embargo on Russia.

But ahead of the meetings on Thursday, European Union leaders did not appear to be heading toward such a move, which would hit Germany, the bloc’s de facto leader and biggest economy, hardest.

Germany’s resistance to an oil embargo, according to European Union diplomats, is based on the argument that such a move would harm European economies more than it would harm Russia. Hungary, a small E.U. country with a huge dependency on Russian oil, is supporting Germany alongside Bulgaria. And the Netherlands, which also has sway in the bloc, backs Germany, fearing loss of revenue from its key port of Rotterdam if Russian fuels come under sanctions.

Instead, some E.U. countries are suggesting that the bloc take a closer look at penalizing Russian coal, another major export that has so far evaded European sanctions and that Germany and Poland are particularly reliant on. Coal, diplomats said, would be an easier fuel to agree to block, considering the European Union as a whole should have largely ditched it, as part of its green energy transition agenda.

Mr. Biden’s presence at the E.U. leaders’ summit could force more consensus among Europeans, but diplomats said a breakthrough on a Russian oil embargo was unlikely.

The day of summits was Mr. Biden’s idea. He settled on it only 10 days ago, aides and diplomats said, hoping to make a show of the continued unity of the West and to send a message to Russia.

At first, several of America’s closest allies were worried: Summits usually have months of preparation and end with a series of concrete actions that are agreed upon long in advance, and announced as if the leaders had debated them at the meeting and reached accord. But the lack of time led to a scramble to find accords on sanctions, long-term moves away from Russian energy and commitments of weapons for the Ukrainians.

A senior administration official said that for Mr. Biden, the meeting itself was the symbol. He is gathering the 30 nations of NATO to express solidarity and horror. Russia could, at best, gather Belarus and maybe India and China, and the last two have neither condemned nor endorsed Mr. Putin’s actions.

In Poland, Mr. Biden’s last stop, he will have a chance to be among the refugees. White House officials think that will be a powerful picture: At a moment when Mr. Putin is bombing buildings and triggering death from the skies as schools and arts centers and malls collapse, Mr. Biden will be promising aid and, to some, refuge in the United States.

The most critical of the meetings, though, will be at NATO. For all the signs of unity, there is nervousness about Mr. Putin’s next move, and what happens if he makes use of chemical or biological weapons. And so far, officials say, while those possibilities have been debated, there is no unity on how the West would respond — a question Mr. Biden and his aides will have to take up, behind closed doors.

Reporting was contributed by David E. Sanger and Matina Stevis-Gridneff from Brussels, and Alan Rappeport and Zolan Kanno-Youngs from Washington.