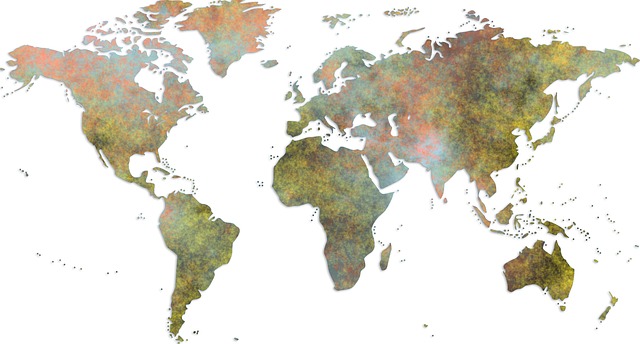 A black box was recovered Wednesday from the wreckage of the China Eastern airliner that plunged out of the sky mysteriously, killing all 132 people aboard when it slammed into a mountainside, officials said.

The Boeing 737-800 is equipped with two flight recorders: one in the rear cabin that tracks flight data and the other a cockpit voice recorder.

“At present, it is unclear whether it is a data recorder or a cockpit voice recorder,” that has been found, said Mao Yanfeng, an official at the Civil Aviation Administration of China.

The cause of the disaster has confounded authorities who have scoured the rugged area for clues, finding no survivors from what is almost certain to be China’s deadliest plane crash in nearly 30 years.

Officials have still not officially declared all of the passengers dead despite the widespread debris and charred belongings that have been found on the mountainside in Guangxi.

The jet went down near Wuzhou in southern China on Monday afternoon after losing contact with air traffic control. 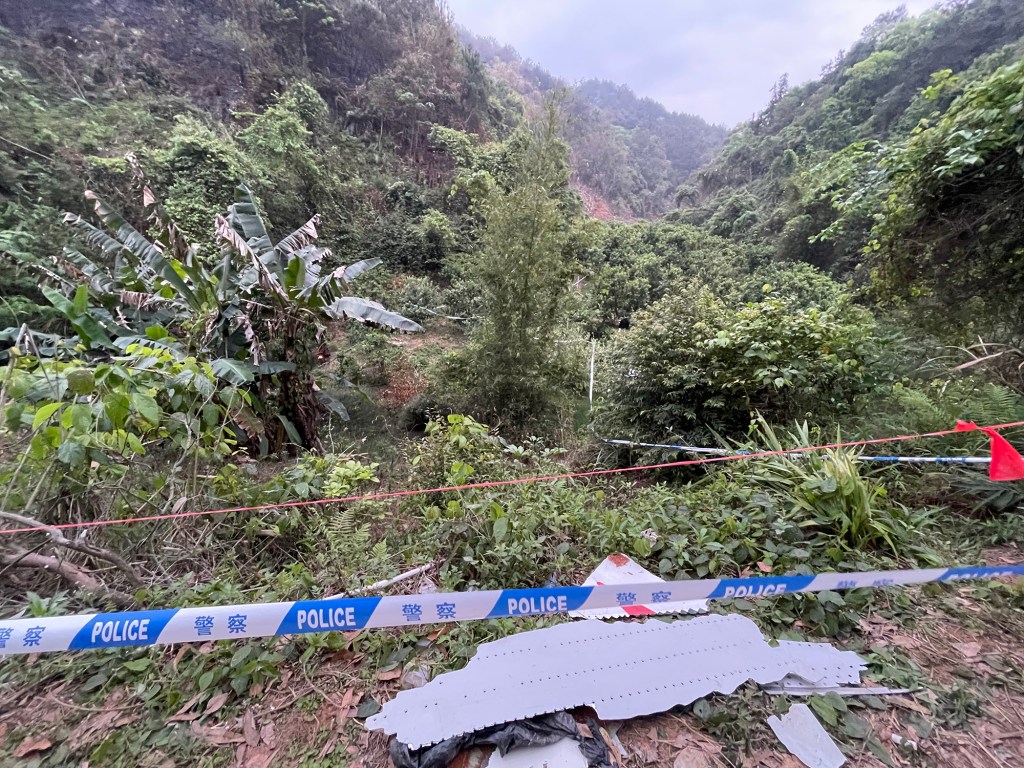 Officials still have not officially declared all of the passengers dead despite findings of belongings and debris.ZUMAPRESS.com 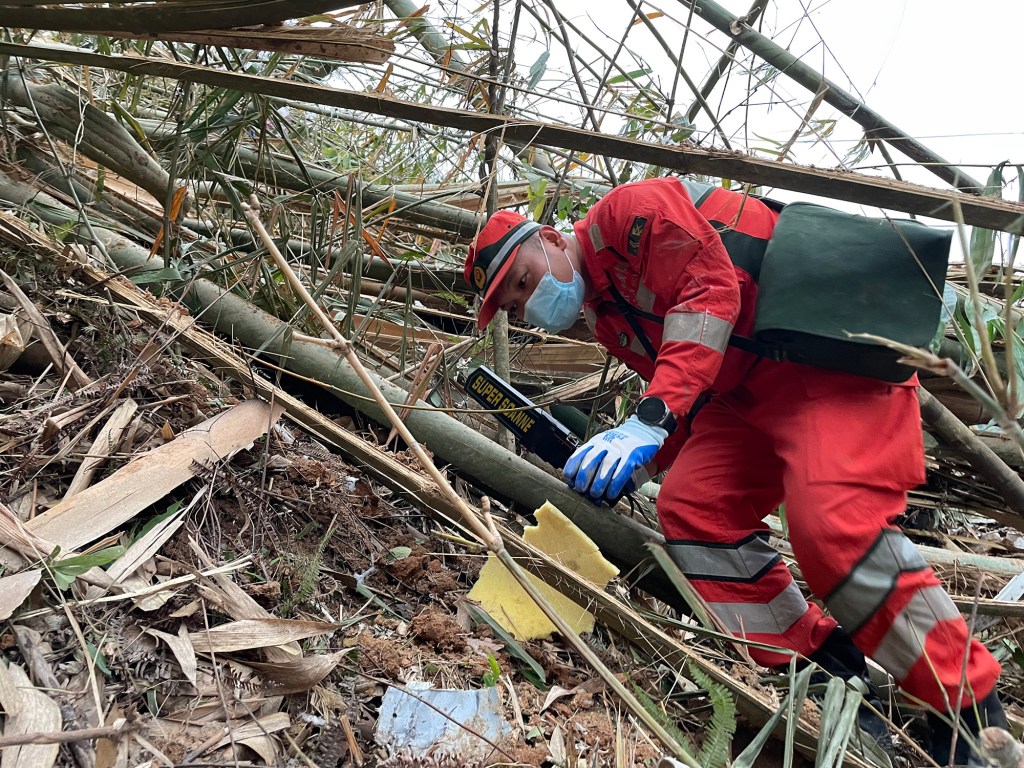 A black box was recovered from the crash of the China Eastern airliner but it is unclear whether it is a data recorder or a cockpit voice recorder.ZUMAPRESS.com

Flight tracking website FlightRadar24 showed the plane sharply dropped from 29,100 to 7,850 feet in just over a minute. After a brief upswing, it dropped again to 3,225 feet, the site said.

The Civil Aviation Administration of China has said it will conduct a two-week safety inspection across the industry. 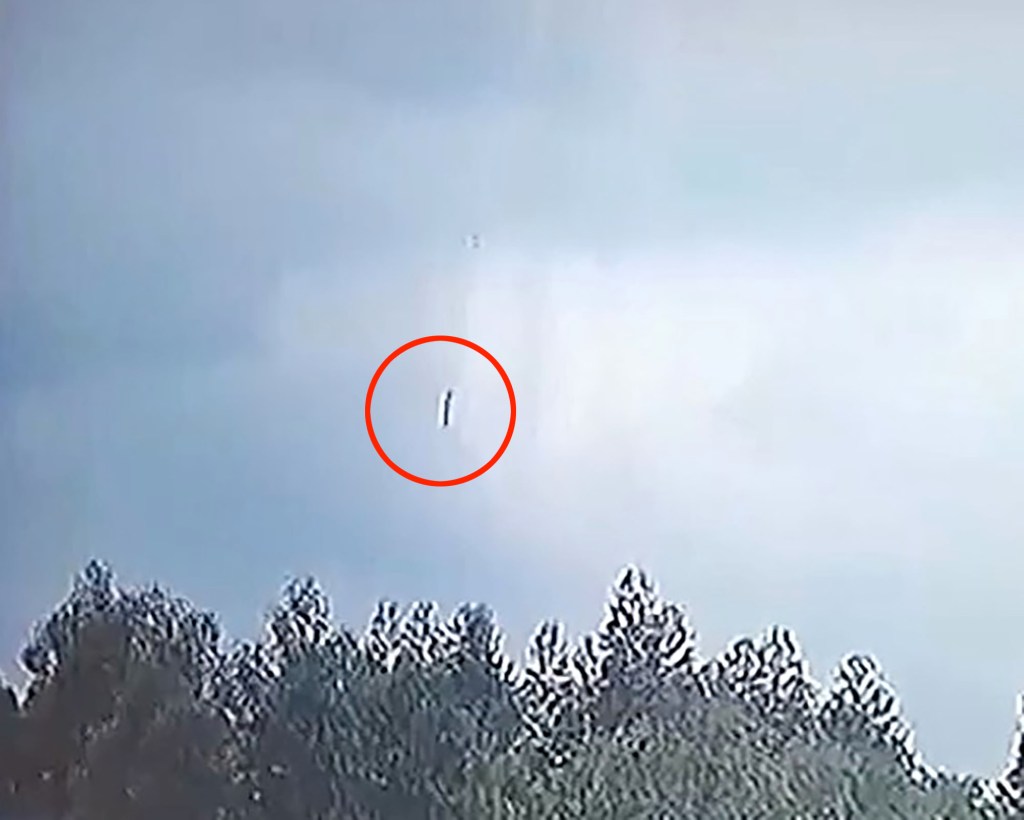 The cause of the disaster shocked authorities who have searched the area for clues, finding no survivors.Newsflare

China Eastern said the nearly 7-year-old plane had met all airworthiness requirements before its doomed flight.

Aviation officials said more painstaking evidence gathering is required before coming to any conclusions about the cause of the crash.

On Tuesday, Zhu Tao, director of aviation safety at the Civil Aviation Administration of China said investigators “will face a very high level of difficulty.” 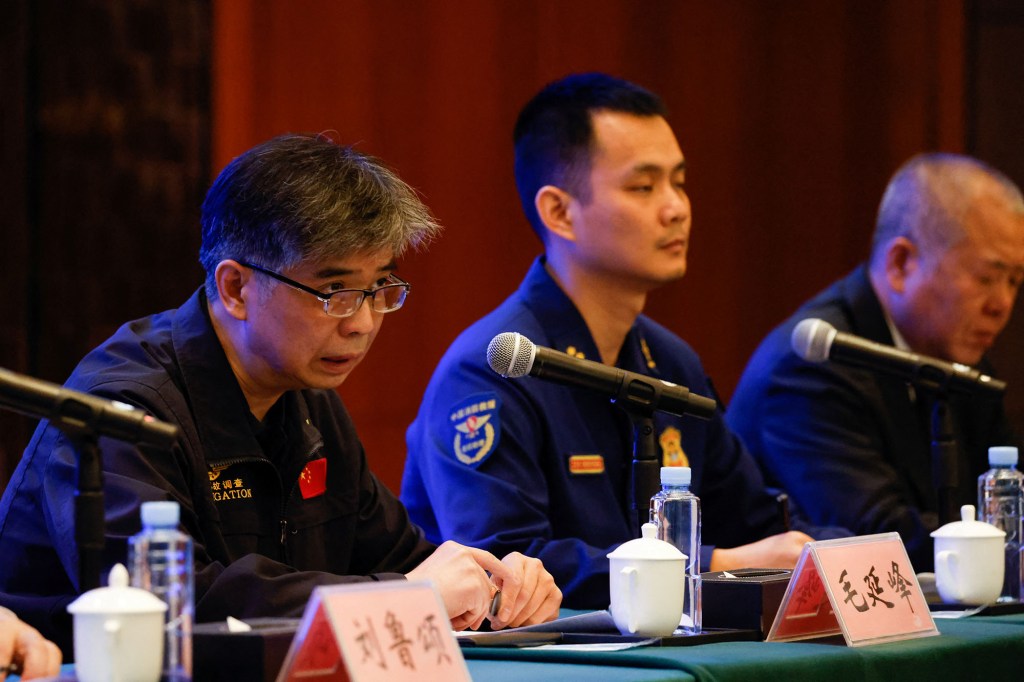 Mao Yanfeng, director of the accident investigation department of the Civil Aviation Administration of China (CAAC) speaks during a news conference about the China Eastern Airlines crash.REUTERS 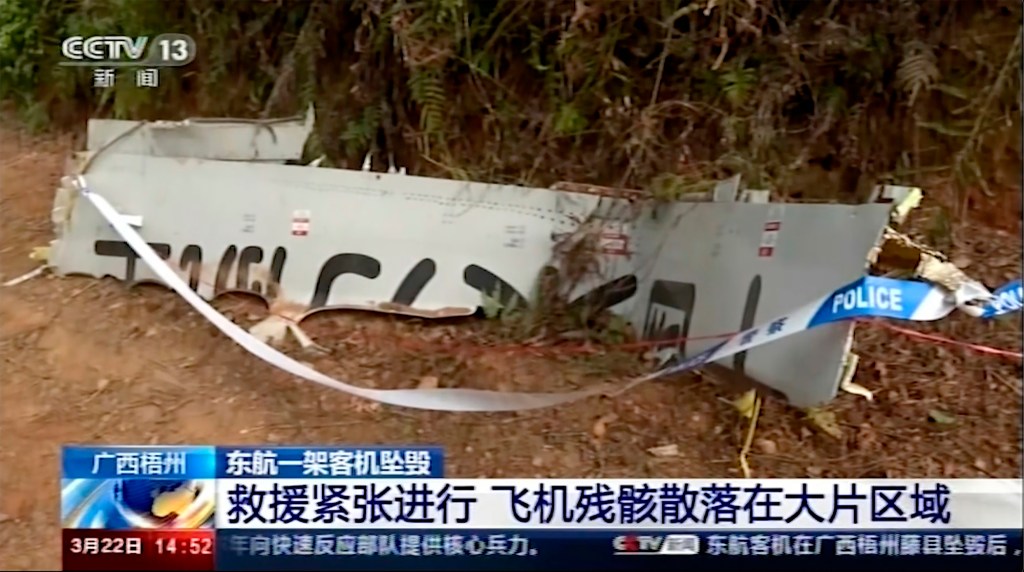 “Given the information currently available, we still do not have a clear assessment of the cause for the crash,” he said, adding that “the crew members were in good health, and their flying experience was in line with regulatory requirements.”