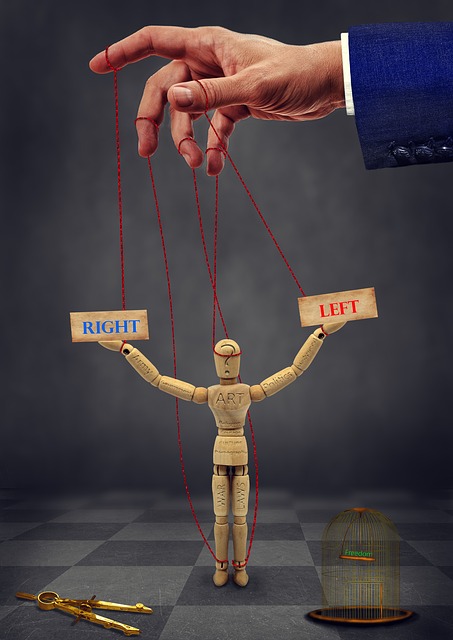 By Bethany Blankley (The Center Square)

After another clash with foreign nationals illegally entering the U.S., the union representing Border Patrol agents is urging Americans to vote on Nov. 8 for candidates who will defend them, the rule of law, and the southern border.

On Monday, mostly single male Venezuelans, Mexicans and Hondurans crossed the Rio Grande River and attempted to illegally enter the U.S. near El Paso, Texas, and allegedly assaulted Border Patrol agents demanding to be let into the country.

The National Border Patrol Council, the union representing the agents, said, “Make no mistake, all of this madness taking place at our border is on Joe Biden. Every single bit of it. We’re stuck with him for two more years and he’s not going to change, but you have the opportunity on Nov. 8 to vote his enablers out of office and put a dent in his agenda.”

The clash at the border came after agents oversaw more than 2.7 million enforcement actions last fiscal year – a U.S. record – and after at least 33 counties in Texas have called on Gov. Greg Abbott to declare an invasion and repel foreign nationals from illegally entering Texas.

U.S. Customs and Border Protection issued a statement, saying, “a group of Venezuelan nationals attempted to illegally enter the United States while protesting. One of the protesters assaulted an agent with a flagpole. A second subject threw a rock causing injury to an agent at which time agents responded by initiating crowd control measures,” including an authorized “less-lethal force pepperball launching system.”

“The crowd then dispersed and returned to Mexico,” it said, adding that Customs and Border Protection’s Office of Professional Responsibility would be reviewing the incident.

Several videos of the incident were published on social media; The El Paso Times reported on it also posting a video, as did other news outlets.

Yahoo! News reported the foreign nationals were protesting “on Mexico’s Ciudad Juarez asking to be allowed to enter the U.S. Protesters also held a large U.S. flag with the phrase ‘We the migrants built America’ written on it.”

The ACLU said what happened was “the latest in a long line of abuses carried out by CBP. Our government’s failed attempts at preventing people from seeking protection in the U.S. lead to death and suffering. The Biden administration must restore a humane process for seeking asylum.”

But the majority of those entering illegally don’t appear to have valid asylum claims, former and current Border Patrol agents have explained to The Center Square. And those assaulting federal agents would have likely disqualified themselves from any asylum claims as well.

The NBPC published the section of federal law governing legal entry, adding, “Fact: Aliens crossing our border between ports of entry, for any reason, is a crime. Fact: That criminal act is punishable by imprisonment. Fact: Civil penalties in addition to, not in lieu of imprisonment. Fact: Biden/Garland just choose not to enforce the criminal statute.”

It also took issue with media coverage, saying, “A large group of illegal aliens storms into the U.S. and violently attacks B.P. agents while waving flags of other countries, calling it a ‘protest.’ Nearly 24 hours later not one peep about it from the MSM. Why? It doesn’t fit the narrative they want to feed the American people.”

It defended the agents, saying they “showed great restraint,” noting that “many agents have been hospitalized with serious head injuries from rock attacks. Assaults on agents with any weapon, including flagpoles, will not be tolerated.”

In response to the ACLU, it said, “the ACLU is upset that B.P. agents have the audacity to defend themselves. We have a response for them. Go to hell.”

Former acting Customs and Border Protection Commissioner Mark Morgan told The Center Square, “Once again the mainstream media immediately pushes a false and misleading narrative. As a massive crowd of illegal aliens rushed our borders and attacked Border Patrol agents the headlines vilified the agents; falsely accused them of using rubber ‘bullets’ and described the actions of the angry mob of illegal aliens as ‘protests.’”

“Sound familiar?,” he asked, referring to remarks made by President Biden, DHS Secretary Mayorkas and the media last year claiming agents whipped Haitians in Del Rio, Texas, when they hadn’t.

Morgan said the agents “demonstrated incredible restraint while employing non-lethal pepper balls and de-escalation crowd dispersing tactics. And it was effective! Where is Secretary Mayorkas using the White House press room to address the American people about what the images’ conjure-up’ of citizens of a foreign country waving a flag of their home country as they aggressively charge across our open border clashing with federal agents. Maybe invasion?”

Kinney County Attorney Brent Smith, who’s called on Gov. Greg Abbott to declare an invasion at the southern border, told The Center Square, “Our border security has deteriorated to such a point that persons attempting to illegally enter our country now brazenly carry their Venezuelan flag while they assault our border patrol agents. Violence and lawlessness runs rampant across our southern border. America’s front door is being kicked in. This is what an invasion looks like.”

RELATED: Nancy Pelosi Wants Immigrants To Stay In Florida: “We Need Them To Pick The Crops Down Here”

What happened evidences “the patchwork policy of selective border enforcement, degradation of the rule of law, and loss of respect for U.S. sovereignty, all caused by the ineptitude of the Biden Administration,” international law expert Jonathan Hullihan told The Center Square. The agents’ capabilities, he added, evidenced “that if a political will existed in Washington, D.C., the United States has a way to use duly enacted legal authority” to secure the border.