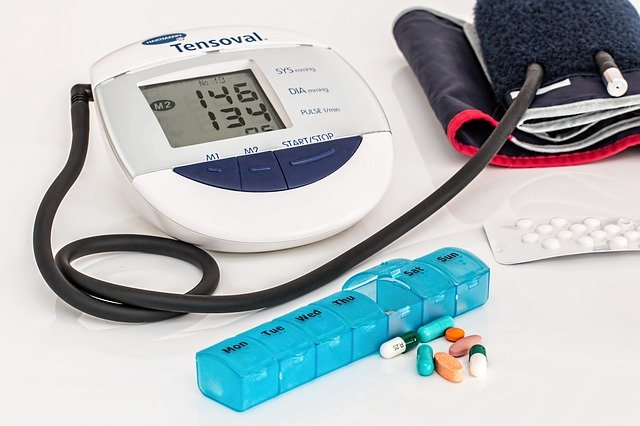 Last week, students returning to campus at Oberlin College in Ohio got a shock: A local news outlet reported that the campus’ student health services would severely limit who could get contraception prescriptions. They would only be given to treat health problems — not for the purpose of preventing pregnancy — and emergency contraception would only be available to victims of sexual assault.

It turned out the college had outsourced its student health services to a Catholic health agency – and like other Catholic health institutions, it follows religious directives that prohibit contraception to prevent pregnancy. They also prohibit gender-affirming care.

“I would characterize the student’s reaction as outrage,” says Remsen Welsh, a fourth-year Oberlin student and co-director of the student-run Sexual Information Center on campus. “A lot of people in my circles were sending [the news story] around like, what is happening?”

Although the college quickly came up with a new plan to offer reproductive health services to students on campus, the incident at Oberlin shows the wide reach of Catholic health care in the U.S., and how the rules these institutions follow can limit access to contraception.

Now that many states – including Ohio – have adopted restrictions or outright bans on abortion, that’s also raised the stakes for contraception access.

Issued by the U.S. Council of Catholic Bishops, the Ethical and Religious Directives that guide Catholic health care systems “prohibit a broad swath of reproductive care,” including birth control pills, IUDs, tubal ligation and vasectomies, says Dr. Debra Stulberg, a professor of family medicine at the University of Chicago who has researched how these directives play out in health care.

Catholic hospitals have long been a mainstay of health care in America. And these days, the directives apply to a wide range of settings where people seek reproductive health care – including urgent care centers, doctors’ offices and outpatient surgery centers that have been bought by or merged with Catholic health systems.

They can also apply when Catholic health agencies are hired to manage health care services for other institutions, which is what happened at Oberlin.

Four of the 10 largest health care systems in the country are Catholic, according to a 2020 report. In some counties, they dominate the market. In 52 communities, the report found, a Catholic hospital is the only one around within a 45-minute drive.

“After all this consolidation, this is where it shakes out, where we’ve got about 40% of reproductive age women living in areas with high or dominant Catholic hospital market share,” says Marian Jarlenski, a health policy researcher at the University of Pittsburgh, who examined the data in 2020.

‘Not transparent at all’

Patients often aren’t aware that these restrictions might affect the care they get, says Lois Uttley, a senior advisor with the health advocacy group Community Catalyst. They may not realize their hospital or doctor’s office has Catholic ties. For instance, Common Spirit Health, one of the nation’s biggest health systems, is Catholic, but you wouldn’t know it from its name. And Uttley says Catholic health institutions typically don’t publicize these policies.

“They are not open and transparent about it at all,” Uttley says. “We think it’s only fair that a patient be warned ahead of time about what she may or may not be able to get at a local doctor’s office or urgent care center or hospital.”

In a campus bulletin posted on Tuesday, Oberlin’s president, Carmen Twillie Ambar, said Oberlin had only recently learned that these restrictions would be enforced by Bon Secours, the large Catholic health system whose subsidiary was hired to run the college’s health services. Bon Secours told the local Chronicle-Telegram that it would only offer birth control prescriptions for medical reasons – an exception allowed under the religious directives. 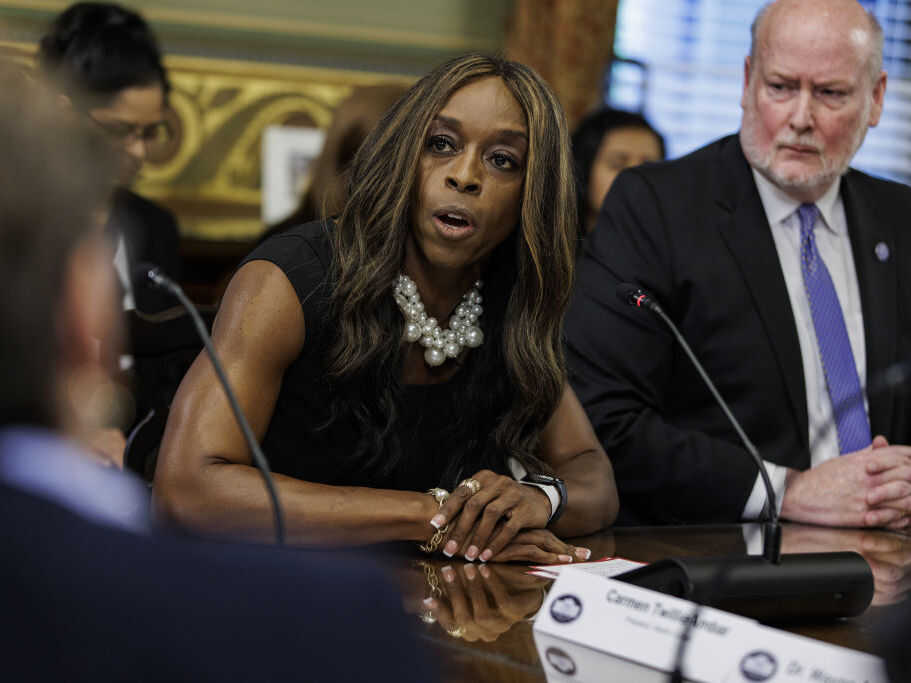 Carmen Twillie Ambar, president of Oberlin College, said Oberlin had only recently learned that contraception restrictions would be enforced by the Catholic health system whose subsidiary was hired to run the college’s health services. Earlier in August, she joined a meeting with U.S. Vice President Kamala Harris and other university and college presidents on access to reproductive health care. Samuel Corum/Bloomberg via Getty Images hide caption

When workarounds are all you’ve got

In practice, many doctors who work for Catholic-owned or affiliated health providers routinely rely on “medical condition” exceptions as a way to get around religious restrictions on contraception, Stulberg’s research has found.

For example, hormonal IUDs can be used to control heavy menstrual bleedings, so doctors will often say they’re providing the IUD to treat this condition, even if the real goal is contraception.

Or doctors who aren’t allowed to perform a tubal ligation might instead remove the tubes altogether — they’ll just say it’s to lower a patient’s risk of ovarian cancer. Dr. Corinne McLeod, an OB/GYN at Albany Medical Center, says these kinds of workarounds were pretty common when she worked at a Catholic hospital in Albany, N.Y.

“That was basically a wink, wink, nudge, nudge,” McLeod says, adding, “Everybody knew what was happening. That was just the way they got around [restrictions].” One problem with relying on such loopholes, she says, is that if religious higher-ups at institutions get wind of it, they might crack down.

In other cases, workarounds might include creating a separately funded and run wing within a Catholic hospital or health clinic to provide the full range of reproductive health services.

That’s essentially what happened at Oberlin: The college partnered with a local family planning clinic to offer these services on campus three days a week, and said it would provide students with transportation to the clinic on other days. But the Catholic health provider will continue to offer other health services on campus.

Tiffany Yuen, a fourth-year Oberlin student who runs the Sexual Information Center with Welsh, said the solution was “a start. But it’s not enough.” In the past, about 40% of visits to the student health center were related to sexual health, according to Aimee Holmes, a certified nurse midwife who worked as a women’s health specialist at Oberlin for many years until Bon Secours’ subsidiary took over. 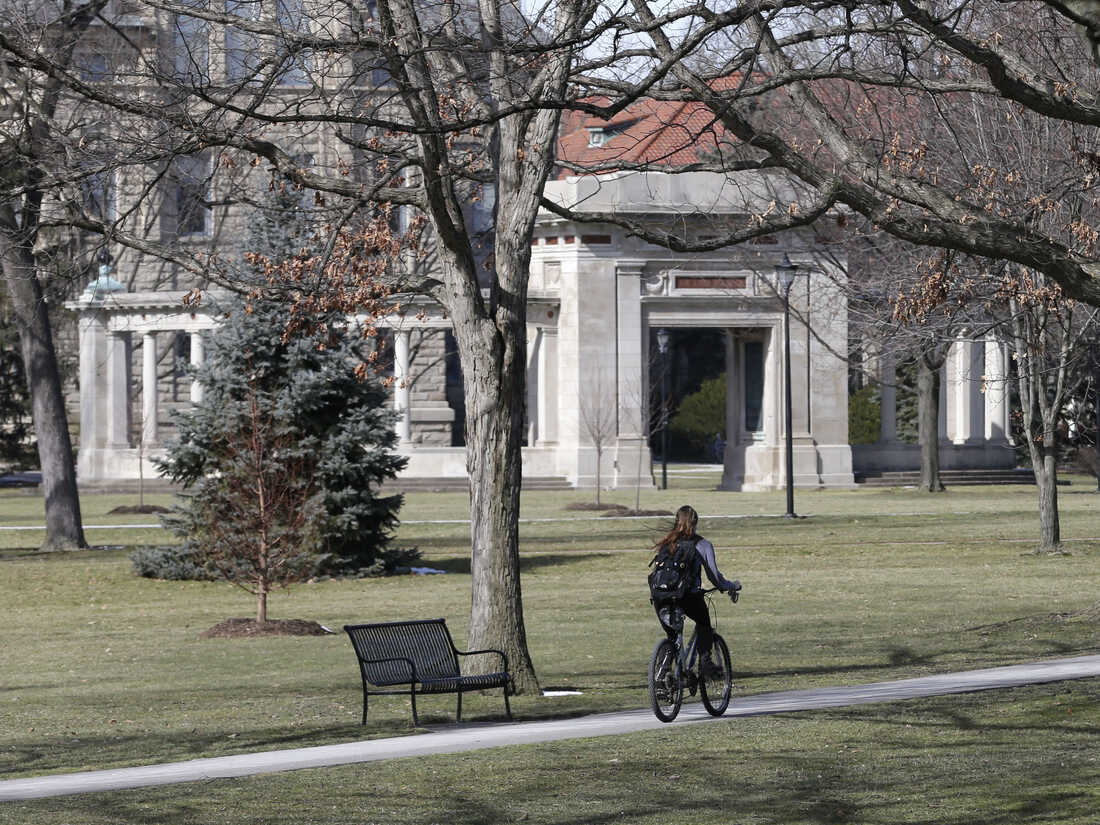 Students at Oberlin College in Oberlin, Ohio, were outraged to hear that the student health center would be limiting who can get contraception after a Catholic health system took over student health services. Tony Dejak/AP hide caption

‘In some cases, women truly have no other choices’

Research suggests that even with workarounds, Catholic directives can limit women’s contraception choices. For example, one study found that while it was pretty easy for patients to book an appointment for hormonal birth control at clinics owned by Catholic hospitals, it was rarer to get one if you wanted a copper IUD, which is one of the most effective forms of long-acting reversible contraception.

I personally ran into these limitations eight years ago, when I gave birth to my second child. When I asked my doctor for a tubal ligation once I was on the delivery table, he informed me he couldn’t do the procedure because we were at a Catholic hospital. A recent study suggests this experience is common: It found that women who deliver at a Catholic hospital are half as likely to get tubal ligation or removal as those who deliver at another type of hospital.

Stulberg has conducted surveys that find many people don’t realize their choices will be limited because they don’t know their health provider is governed by these rules. “And of the people that had some kind of a reproductive health refusal, the majority, it wasn’t until either they were there or afterwards that they found out that they couldn’t get what they wanted,” she says.

In some cases, patients may simply be able to go to another health provider to get the contraception they need – but not always. “In some cases, women truly have no other choices,” Stulberg says. “This hospital or this system is the only provider in town.”

She says a patient’s options may also be constrained depending on their health insurance and whether the providers covered under the plan are subject to religious directives.

Several experts said that these restrictions can often impact low-income patients disproportionately. Dr. Karishma Dara, a family medicine doctor in Seattle, says that when she worked as a resident at a Catholic hospital in Washington, D.C., that served many low-income people, patients who came in for IUD appointments were told they had to go to a different, non-Catholic clinic to get the devices inserted.

“Any time that you have to add another step to getting care or contraceptive care, it’s like another point at which an unintended pregnancy can happen,” Dara says.

In fact, Catholic directives can limit access to contraception long after a health care facility stops being Catholic, says Elizabeth Sepper, an expert on religious liberty and health law at the University of Texas at Austin. “There are lots of examples where a Catholic health system has purchased a hospital, just held it for a handful of years and then sold the hospital,” she says. “But the purchase agreement then commits the next owner to continue the Catholic religious restrictions.“

Reproductive rights advocates want to see laws that require hospital systems to be more transparent about what health services they do and don’t offer. Legislators in New York have introduced such a law.

“You know, I’m not against Catholic health care, but I think that patients need to know what kind of services are available to them,“ says Jarlenski.