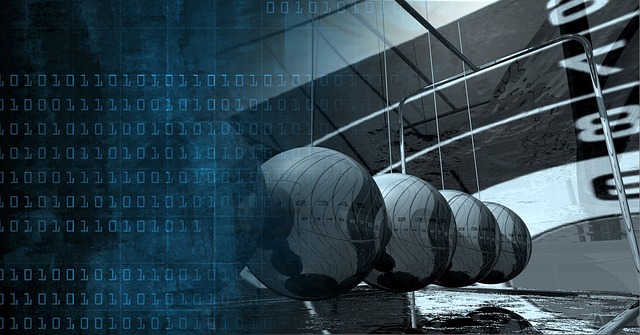 When Christian Lawless founded Conversion Capital in 2015, fintech was only starting to take off.

But Lawless, who started the venture firm after serving in leadership positions in capital markets at Lehman Brothers and Barclays, had a vision that financial services infrastructure would be unbundled as companies moved critical operating infrastructure to the cloud. Lawless raised $10 million and $20 million for Conversion Capital’s first and second funds, respectively.

Since Conversion Capital’s formation, the firm has backed more than 60 startups, and counts among its portfolio the likes of corporate spend giant Ramp, Vesta, Figure, Braid, Blend, Wisetack and Booster Fuels, among others. It has seen 17 exits, mostly through M&A and one IPO (Blend).

In the years since Conversion was founded, fintech has essentially exploded — driven by a pandemic-induced, accelerated digital transformation on the part of financial services companies all over the world. Lawless’ belief that infrastructure is the key to unlocking innovation in the space has been validated as infrastructure companies continue to be among the largest recipients of venture funding in the space, even in a downturn.

Today, Conversion Capital is announcing that it has raised $122 million for its third fund — more than six times the size of its previous fund — to back early-stage fintech and infrastructure startups. Lawless said he and his partners, Blend co-founders Eugene Marinelli and Erin Collard, set out to raise $100 million and hit that target by the fourth quarter of last year. The firm then raised another $22 million in the first quarter of 2022. It currently has $254 million in assets under management.

Conversion plans to back 25 to 30 fintech companies out of its latest fund, reserving at least 30% for follow-on investments. It will focus on startups that are building software, cloud infrastructure and data technologies. So far, the firm has begun deploying capital from the new fund across the fintech landscape and into adjacent industries it believes are “undergoing structural transformation.”

Conversion will deploy initial checks ranging from $500,000 to $5 million into pre-seed through Series A companies, with “founder-led engineering teams.” In fact, Lawless said Conversion is betting on a trend he suspects will take off — engineers from companies that have gone public leaving to start their own companies.

In the frenzy that was 2021, Series A became too expensive for Conversion “to play in,” Lawless noted, but he thinks “that will be resetting now.”

Meanwhile, Conversion is just as emphatic about what it won’t invest in as in what it will.

“We’ve never invested in companies that take balance sheet risk, and so you’re not going to find us investing in a lender, per se,” Lawless told TechCrunch. “For example, we avoided the peer-to-peer direct lending craze during 2017. We also avoided a lot of the mortgage lending companies, and chose instead to invest in the picks and shovels, and the actual core technology itself.”

Also, notably, despite the fact Lawless was born to a Bolivian mother and an Irish father, the investor won’t deploy capital in LatAm and most of Europe — where he believes a deep knowledge of local currencies and policies is necessary to do so effectively. Instead, Conversion is limiting its investments to U.S. and London-based companies that it believes “stand to benefit from macro tailwinds and global decoupling,” according to Lawless.

“Our experience drives our conviction that the U.S. will remain the epicenter of innovation. Previous market corrections have proven we have the most resilient economy in the world,” he said. “We still think that if the United States was a startup, it would be one of the greatest startups in the world and we want to invest in the ecosystem that is built and born from hopefully stable policies, stable politics and stable economies.”

In particular, Conversion is operating under the premise that the re-onshoring of supply chain and manufacturing present “enormous opportunity” for infrastructure technologies, especially considering the fact that highly regulated industries — such as financial services — can now build in the cloud and not just build on-premise and move to the cloud.

In the past year, Conversion has proceeded cautiously as many other VCs went on an investing spree.

“One thing I’ve always looked at is that you probably prefer to raise money in a bull market and then deploy in a bear market,” he told TechCrunch. “We didn’t actually allocate a lot of capital last year, because the market did seem incredibly overheated and all things seemed to be pointing towards a recession, or some sort of correction.”

As such, Lawless added, Conversion didn’t allocate a lot of capital in 2021 outside of “a handful” of investments in companies.

“So we still have a large majority of that capital and now we’re quite excited to start actually deploying it,” he told TechCrunch.

“I don’t want to say we’re jumping on anyone’s grave. That’s not the point, but as an investor, there is a lot of global macroeconomic stuff that’s happening…and we think fintech can help solve all these problems,” Lawless said.

My weekly fintech newsletter, The Interchange, launched on May 1! Sign up here to get it in your inbox.