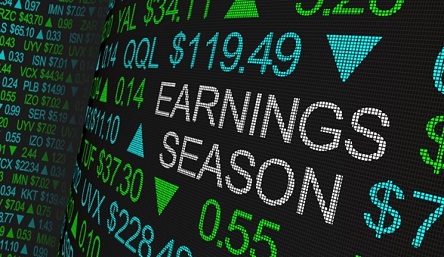 America’s housing shortage and the Federal Reserve’s inflation battle look poised to push the benchmark 30-year mortgage rate above 7%, according to strategists at BofA Global.

More than a decade of underbuilding in the U.S. housing sector has been squeezing renters and potential home buyers. Now, analysts at one of Wall Street’s biggest banks see the imbalance as complicating the Fed’s efforts to bring inflation down from a nearly 40-year high.

While the Fed’s course of aggressively higher interest rates in 2022 already has dramatically cooled off U.S. stocks, bonds and sent the American housing market into a recession, borrowing costs for households and businesses are still climbing.

With shelter representing more than 30% of the consumer price index, the “Fed’s inflation-fighting problem is arguably getting worse,” Chris Flanagan’s securitized products strategy team at BofA Global wrote, in a weekly client note.

Even though the Fed didn’t create the housing shortage, its rush to increase rates has shocked bond yields and mortgage rates higher. That’s been feeding an acceleration of inflation in “owners’ equivalent rent” (OER) as home-buyer affordability has collapsed, causing more competition for renters, the team said.

The OER rate hit 8.9% in August (see chart), and looks likely to remain a challenge for the Fed going forward, particularly with the rental vacancy rate at 5.6%, the lowest since 1984, according to the BofA team.

With no quick fix available for the housing supply problem, the BofA team said the Fed likely needs to “crush demand, which means crushing employment,” to get a grip on inflation.

Investors trying to navigate market turbulence sold both stocks and bonds to kick off the week, with the benchmark 10-year Treasury yield TMUBMUSD10Y, 3.961% climbing to 3.878% on Monday, its highest rate since 2010, according to Dow Jones Market Data. Yields and bond prices move in opposite directions.

After more than doubling this year, the 30-year fixed mortgage rate was near 6.87% on Monday, according to Mortgage News Daily. The benchmark rate last topped 7% in early 2002, according to Freddie Mac data.

Fed Chairman Jerome Powell said last week that the housing market likely would “have to go through a correction to get back to better balance,” after the central bank raised its policy rate by another 75 basis points to a range of 3% to 3.75%, while also signaling it expects to see a midpoint of 4.4% by year’s end.

See: Fed will tolerate a recession, and 5 other things we learned from Powell’s press conference

Stocks looked to edge higher Tuesday, a day after the Dow Jones Industrial Average DJIA, +0.15% ended in a bear market, marking its first drop of at least 20% from its peak in more than two years, while the S&P 500 index SPX, +0.36% booked its lowest close of 2022.

In a positive sign, private real estate firms like Zillow Z, +1.02% have been seeing rent growth ease from a roughly 17% yearly surge, but that isn’t the same housing data the Fed tracks to gauge inflation.

Read: Rents fell in August for the first time since 2021, but they remain sky-high in these major U.S. cities

U.K. Braces for Strikes Across Several Industries Through Christmas