In a plea for forgiveness, this church leader has stepped down multiple times.

The founder and former head of Australia-born megachurch Hillsong has once again made a public show of stepping away from power, this time amid multiple misconduct allegations, in the form of resignation.

Pastor Brian Houston, 68, announced this January that he had made the decision to “step aside completely” from leadership of the multinational church that he and wife Bobbie founded in 1983. 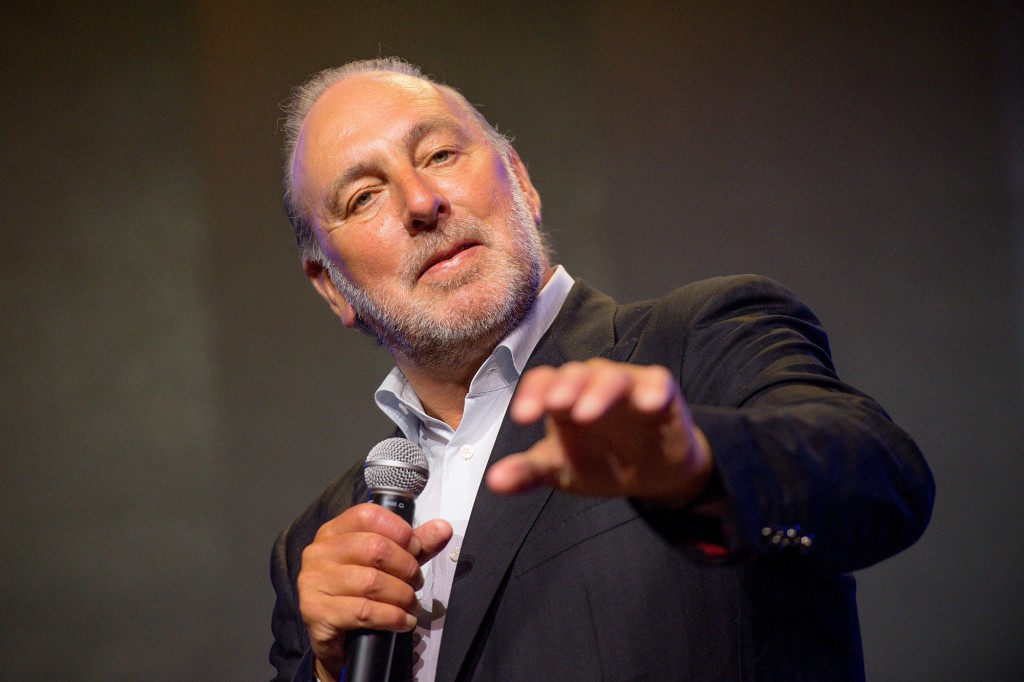 Now, Houston has resigned following an internal misconduct investigation that found merit to two women’s years-old complaints that he committed “indiscretions” with them while under the influence of pills and alcohol.

“We would like to advise you that Pastor Brian Houston has resigned as Global Senior Pastor of Hillsong Church and the board has accepted his resignation,” the multinational church told members in a website post on Wednesday.

“Hillsong Church was birthed out of Brian and Bobbie’s obedience and commitment to the call of God and we are extremely grateful for all that Brian and Bobbie have given to build His house. We ask that you continue to pray for them, and the entire Houston family, during this challenging time.” 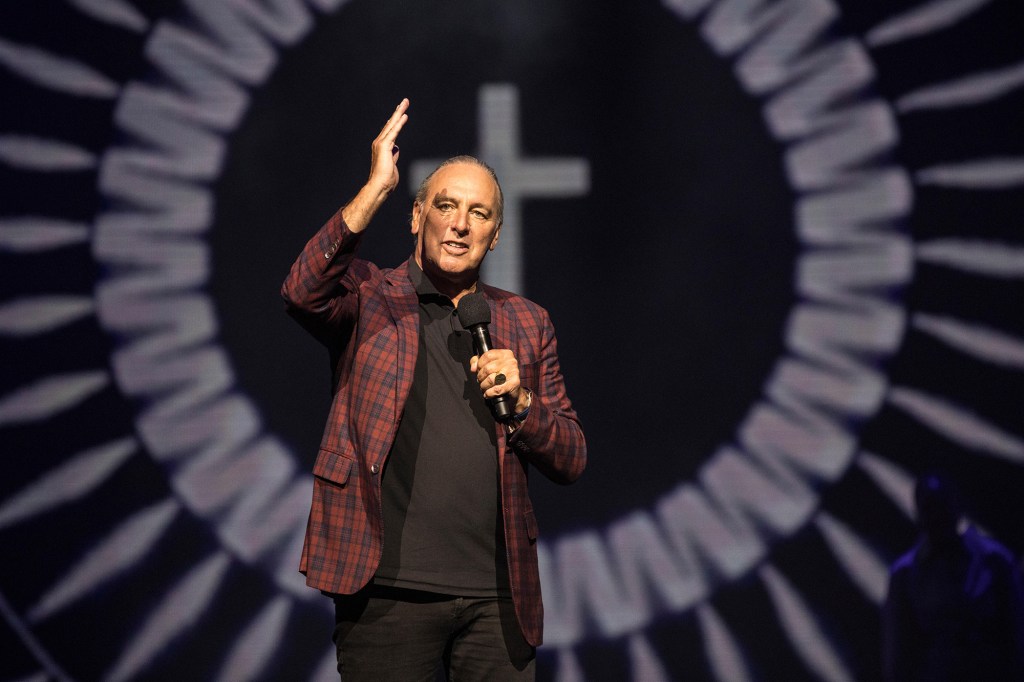 Hillsong Church claimed Houston abused sleeping pills, anti-anxiety medication and alcohol, which he was under the influence of at the time of the two interactions.Alamy Stock Photo

In addition to Houston’s formal resignation from the church, Hillsong has purged his preaching from its website, the religion-focused news site Protestia reported.

Hillsong did not respond to The Post’s request for further comment.

In a statement released on March 18, the church said Houston had sent “inappropriate” text messages to a female staff member, leading to her resignation nearly a decade ago. The statement attributes Houston’s behavior to being “under the influence of sleeping tablets, upon which he had developed a dependence.”

The church also found that in 2019, Houston “became disoriented after a session at the Hillsong Conference, following the consumption of anti-anxiety medication beyond the prescribed dose, mixed with alcohol,” which led to him “knocking on the door of a hotel room that was not his, entering this room and spending time” with an unidentified woman.

Hillsong noted in the press release that Houston has since received “professional help to eliminate his dependency on this medication.”

At the time of his resignation in January, the former Hillsong pastor made no mention of the claims brought forward by the two women, citing his legal proceedings as the reason for his decision to step down. Representatives for Hillsong have repeatedly denied claims that Brian Houston covered it up to The Post.

“The court processes are likely to be drawn out and take up most of 2022 (especially considering the backlog in the courts, exacerbated by the COVID pandemic),” Houston explained.

“We have talked about the effects of the situation with my father, which go back many years up to the current legal case, and the impact this has had on me emotionally. The result is that the Hillsong Global Board feel it is in my and the church’s best interest for this to happen, so I have agreed to step aside from all ministry responsibilities until the end of the year.”

The disgraced global senior pastor was charged in August with failing to turn over evidence concerning the child sex offenses committed by his late father, the Pentecostal pastor and pedophile Frank Houston, whose ministry career was functionally terminated after Brian sacked him in 1999.

“Police will allege in court the man knew information relating to the sexual abuse of a young male in the 1970s and failed to bring that information to the attention of police,” officials for Sydney’s Royal Commission on Institutional Leaders’ Handling of Sexual Abuse told publications upon charging Houston in August.

The charges carry a maximum sentence of up to five years behind bars and followed a two-year investigation of Brian’s father Frank Houston’s sexual abuse of Brett Sengstock, then 7 years old, in 1969 and 1970.

Frank — who died in 2004 at 82 — “raped, choked and brutalized” Sengstock, then attempted to bribe him with $10,000 (AUD) via a hand-scrawled contract on a McDonald’s napkin, Sengstock has stated. The payoff was allegedly sent as a check in the mail from Brian himself after Frank apparently failed to complete the agreed transaction, The Post previously reported. 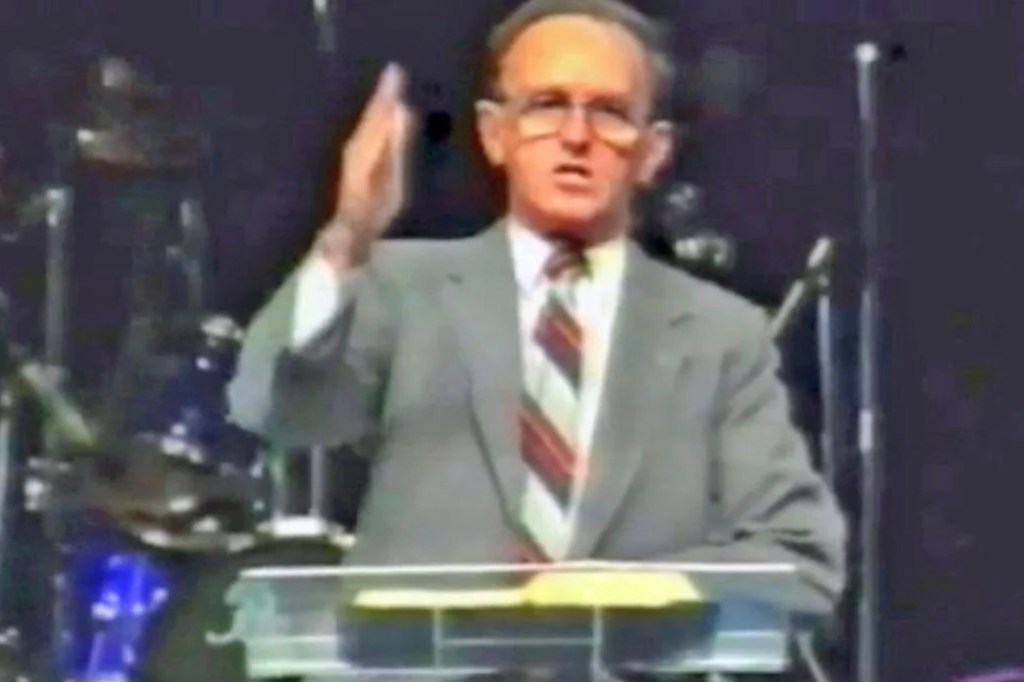 The late televangelist Frank Houston rose to prominence as pastor for the Assemblies of God in New Zealand and Australia before founding the Sydney Christian Life Centre, which would evolve into Hillsong Church in 1999.Getty Images

In a statement received by The Post in August, Houston acknowledged, “These charges have come as a shock to me given how transparent I’ve always been about this matter. I vehemently profess my innocence and will defend these charges, and I welcome the opportunity to set the record straight.”

Reps for Hillsong further elaborated, stating: “We are disappointed that Pastor Brian has been charged, and ask that he be afforded the presumption of innocence and due process as is his right. He has advised us that he will defend this and looks forward to clearing his name. Given that this matter is now before the court, neither Pastor Brian or Hillsong Church will be making further statements. We thank all who are a part of our church for their support and prayers at this time.”

The newest update on the Hillsong Church drama comes ahead of the Thursday premiere of the “Hillsong: A Megachurch Exposed” three-part docuseries produced in collaboration with The Post and Discovery+/TLC.

A look into the British DFI’s plan to invest in African economies, venture funds and tech startups – TechCrunch