This is Naked Capitalism fundraising week. 770 donors have already invested in our efforts to combat corruption and predatory conduct, particularly in the financial realm. Please join us and participate via our donation page, which shows how to give via check, credit card, debit card, or PayPal. Read about why we’re doing this fundraiser, what we’ve accomplished in the last year,, and our current goal, karōshi prevention.

Lambert: Something for Biden to have taken care of in the first 100 days….

By Nick Cunningham, an independent journalist covering the oil and gas industry, climate change and international politics. He has been featured in Oilprice.com, The Fuse, YaleE360 and NACLA. Originally published at DeSmog.

President Biden signed historic climate legislation into law in August, but more action will be necessary to hit climate targets. The Biden administration has a long list of tools at its disposal, spread across multiple federal agencies, that can advance climate action in America even further, argues a 99-page report from the Revolving Door Project. One of those tools includes using the Tennessee Valley Authority (TVA), the nation’s largest public power utility, as a vehicle to accelerate the clean energy transition.

“Climate change threatens the basic foundations of society. It is the very definition of a whole-of-government problem, which means every single federal agency should apply its existing powers creatively and aggressively toward the problem,” Revolving Door Project Research Director Max Moran said in a statement. “Alone, these executive branch policies are wildly insufficient to the task of getting America to meet its climate goals. But all of these policies are necessary components of the puzzle, and represent the lowest-hanging fruit in terms of climate action.”

The report analyzes actions and authorities that the Biden administration can take without the need for congressional approval, broken down agency by agency — ranging from the obvious such as the U.S. Environmental Protection Agency (EPA) and Department of Energy (DOE) to the more inventive, including the Department of Justice and TVA. The Washington Post offered an overview of the report’s findings.

One often overlooked area of authority is the federal government’s ability to use the Tennessee Valley Authority (TVA) to pursue clean energy goals. The federally-owned, public power corporation operates power plants in the U.S. Southeast, and has the sixth largest power generation fleet.

Last year, a coalition of 80 energy justice, racial justice, faith, and youth organizations called on the Biden administration to use the TVA as a “national laboratory to pioneer the country’s renewable and just energy transition,” drawing parallels with the TVA’s success at bringing cheap public power to the rural south during the New Deal era nearly a century ago.

“TVA has a proud history of serving the nation and people of the Tennessee Valley through ambitious missions around rural electrification, flood control, environmental stewardship, and job creation,” the letter stated. “TVA is well suited to repeat its earlier success as a renewable energy pioneer and by relying on DOE’s remarkable ingenuity and scientific expertise, the utility could lead the country once again towards a just renewable energy transition.”

The concept of using the TVA to speed up the deployment of clean energy is not a new one. As part of his 2020 presidential campaign, Senator Bernie Sanders (D-VT) argued for using the TVA, the Bureau of Reclamation, and the four federal Power Marketing Administrations (PMAs) — which generate and transmit electricity in 33 states — to build renewable energy. PMAs, like the Bonneville Power Administration in the Pacific Northwest, have their roots in large, federally-backed infrastructure projects from the 20th century and are still owned by the government.

In its report, the Revolving Door Project argued that the Biden administration has the legal authority to use these federal entities to make a faster pivot to clean energy.

As the TVA’s aging coal and gas fleet retires, they should be replaced with renewable energy and batteries, advocates say. The problem is the TVA has proposed building two new fossil gas-fired power plants to replace its aging Cumberland and Kingston coal plants, which must retire later this decade. The plan for the Cumberland site, located close to the Tennessee-Kentucky border, received an unusual rebuke this summer from the EPA, which criticized the proposal in public comments, warning that the TVA’s gas assets could become “uneconomic faster than expected” and put climate targets at risk. Next year, the TVA will begin a review of how to replace its Kingston coal plant in Tennessee, where an infamous 2008 coal ash spill occurred. It is considering building new power plants that will burn gas.

The TVA disputes the notion that it is dragging its feet on decarbonization. “No decisions have been made” on replacing the two coal plants with gas, Scott Brooks, a spokesperson for the TVA, told DeSmog. They are undergoing review, he said. He also noted that the TVA has an 80 percent emissions reduction target by 2035 and argued that gas “gets us to a carbon-free future without sacrificing reliability or raising rates.”

But if the TVA moves forward with replacing coal with gas, it will stifle job growth in the clean energy sector while also posing risks to water supplies, according to Pearl Walker, Civic Engagement Coordinator for Memphis Has The Power, an energy and climate justice campaign in Memphis, Tennessee.

“A continued reliance on coal and gas-fired power plants, which must be operated with millions of gallons of water, will have lasting and harmful consequences for the [Tennessee] Valley’s aquifers and surface water including the Memphis Sand Aquifer,” Walker said in an email to DeSmog, adding that Memphis is the largest community in the U.S. that depends on its drinking water from an underground source. “If our aquifer is compromised it could be like Flint or Jackson,” she said. In late August, historic rainfall overwhelmed an aging water treatment facility in Jackson, Mississippi, leaving the city of 150,000 residents without drinking water.

With global methane gas prices spiking, building new gas-fired power plants would also create new economic risks. A May 2022 study from Synapse Economics, prepared for the Sierra Club, found that the TVA could save its customers $5.8 billion if it replaced shuttered coal plants with solar, wind, and battery storage. Renewables offered the “least-cost” option – cheaper than building new gas plants – while cutting emissions faster and achieving the same level of grid reliability.

The TVA will issue a final decision later this year. 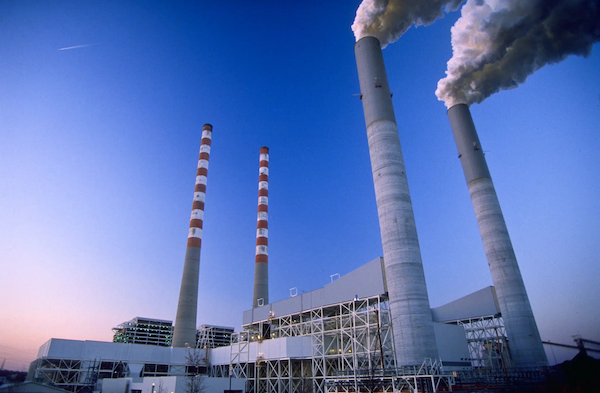 But the Biden administration shouldn’t just wait around, and should instead take a more assertive role by sacking the agency’s current leadership and replacing the board with new members, argues Dorothy Slater, a senior researcher at the Revolving Door Project. In a piece she wrote earlier this year, Slater noted that the president and CEO of the TVA, Jeff Lyash, is a former executive at Duke Energy, a utility responsible for a major coal ash spill in North Carolina.

Lyash has a track record of supporting fossil fuels. He incorrectly blamed the widespread blackouts in Texas in 2021 on the failure of wind power. He also continues to promote the notion that methane gas can be a “bridge” fuel, a refrain that has been echoed by the oil and gas industry and its supporters for years, which critics argue is a cynical strategy to delay a transition off of fossil fuels. And in recent days, he shrugged off concerns from Memphis residents about trucking coal ash through predominantly Black neighborhoods for years to come.

As Slater noted, Lyash gets paid millions of dollars in salary and is not required to publicize personal financial disclosures.

“So, to recap, we have a former fossil fuel executive in an unelected, unaccountable, decision-making position at a public, federally owned utility, who is raking in nearly $10 million per year,” Slater wrote. “His decisions affect the energy costs and supply for over 10 million people and his financial interests are, at the time, a complete mystery to the public.”

The TVA board has only five of nine active members, the minimum required for a quorum. All five were confirmed during the Trump administration. Two are set to see their terms finish by the end of the year. President Biden has nominated six replacements, none of which have been confirmed by the Senate.

On September 7, a Senate panel as part of the Committee on Environment and Public Works (EPW) held a hearing on three of the nominees.

“TVA should be at the forefront of ensuring fair prices for ratepayers, incentivizing energy efficiency, and promoting clean energy generation. I continue to encourage TVA to do more when it comes to supporting a swift clean energy transition, especially on the heels of enacting the historic Inflation Reduction Act. That all starts with having the right leadership,” said Senator Tom Carper (D-Del.), Chairman of the EPW Committee.

But advocates want Biden to go even further by firing the current board members as well and replacing them with an entirely new slate — and he has the power to do so. After all, President Trump fired two board members in 2020.

“A new board could, then, choose to fire Lyash and hire a new CEO who might more plausibly have the best interest of the environment and TVA’s customers in mind,” Slater wrote.

Local activists calling for reforms of the TVA agree. “Moving forward, Biden must stack the TVA board with individuals who acknowledge climate change, support the President’s commitment to securing a clean and sustainable energy future, and are willing to work with municipalities and local utilities to take advantage of the tax credits resulting from the [Inflation Reduction Act],” Walker, with Memphis Has The Power, told DeSmog. “The potential is definitely there with the right board members in place who are committed to clean energy.”

Getting Creative with Executive Climate Action

But TVA aside, there are many other areas where the Biden administration is not using its authority to the maximum, argues the Revolving Door Project report.

The President could declare a climate emergency, halt oil exports, block or curtail drilling on federal lands, and cut off financing of overseas fossil fuel projects, to name a few. Many of those areas would be highly controversial and would potentially push up energy prices, a risk the administration seems reluctant to take on. However, other executive branch actions have the potential for broader backing, such as stepping up enforcement of air and water pollution violations, plugging abandoned oil and gas wells, and deploying renewable energy.

One of the big obstacles standing in the way, however, is inadequate staffing across the federal government. Staffing up agencies is not a quick and easy process, especially since former President Trump took a “sledgehammer” to the capacity at many federal agencies, Aidan Smith, a senior advisor at Data for Progress, a progressive think tank, and a coauthor of the report, told DeSmog.

Building capacity is difficult because it often requires “working within the realities of Congress,” Smith said.

While Biden’s nominees for the TVA board continue waiting months for confirmation from the Senate, one candidate has even dropped out and another candidate nominated in the meantime.

But the TVA is not alone. Many federal agencies have had trouble building capacity and have lost key personnel in recent years. “It cannot be stressed enough how much of a disaster it’s been that for the last few decades even as the climate crisis has intensified, that the staff, especially technologists and scientists, at such crucial agencies – DOE, EPA – how these have remain so utterly unstaffed,” Smith said.