‘Incentives come in many forms’: Here are ways to lower your mortgage rate, according to this mortgage company CEO 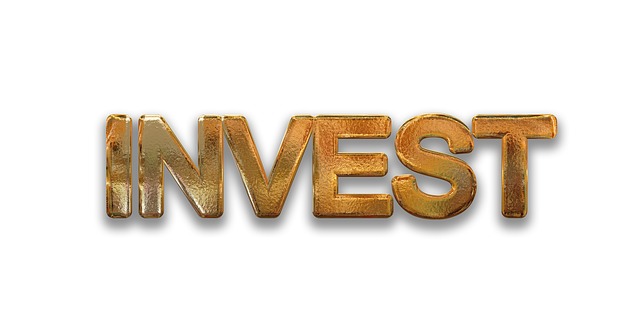 Mortgage rates are double where they were a year ago, making home buying a much more costly endeavor. Home sellers are trying to help them out.

Buyers are not feeling the market, depressing mortgage demand. Rates are hovering at around 7%, which adds hundreds of dollars in additional monthly payments for prospective buyers’ budgets.

Even though the number of for-sale homes is growing, they’re still expensive, creating affordability issues for buyers.

Some builders and sellers are getting more creative, and offering ways for potential home buyers to lower their mortgage rate and monthly payments.

“There are programs out there today, like something called a 2-1 buydown or a 3-2-1 buydown,” Michael Isaacs, the CEO of GO Mortgage, told MarketWatch on the sidelines of the Mortgage Bankers Association annual conference in Nashville, Tenn., last week.

The 2-1 and 3-2-1 temporary rate buydowns are mortgage products that offer lower rates in the first few years of repayment, after which they permanently reset to the higher market rate.

Mortgage-rate buydowns in particular are becoming popular, particularly since housing costs have risen significantly, she added.

The 3-2-1 temporary rate buydown works like this: When a seller or builder pays some amount of money upfront to buy the rate down, that rate goes from 7% — where it is today — to 4% at the start of the payment period. Then, after a year, that rate goes up to 5%; the following year 6%; and then 7%.

“So you can buy it down 3 points the first year, 2 points the next year, 1 point and then in the fourth year, it goes to its normal rate,” Isaacs elaborated.

“‘Because a lot of people think that rates will be lower two years from now, it’s a good way, psychologically and economically, to get into a house at a start rate that’s lower than where rates are today.’”

“Because a lot of people think that rates will be lower two years from now, it’s a good way, psychologically and economically, to get into a house at a start rate that’s lower than where rates are today,” Isaacs said.

They are not new products, but they’re gaining popularity as rates are now more than double what they were a year ago.

Generally, these rate buydowns are paid for by the home buyer, where they set aside part of their down payment, or the home seller or homebuilder can offer it as a negotiating tactic.

Ali Wolf, chief economist at Zonda Research, a real-estate research company, told MarketWatch that her firm’s data is showing an uptick in builders offering these buydowns.

“Home sellers are figuring out how to attract and retain buyers in today’s slower housing market,” Wolf said. “Homebuilders, in particular, are in a place to offer incentives to help buyers. Incentives come in many forms, including funds towards options and upgrades, discounted closing costs, and mortgage-rate buydowns.”

“‘Home sellers are figuring out how to attract and retain buyers in today’s slower housing market. Homebuilders, in particular, are in a place to offer incentives to help buyers.’”

Data from Zonda shows that over half of actively selling new-home communities are offering incentives as of October, Wolf said, and 80% of homebuilders are upping their incentive offerings.

Isaacs said in some cases, real-estate agents who work with sellers introduce the idea of offering a rate buydown. Especially if the home is sitting on the market for longer than usual, the agent asks the seller whether they want to market the house through a lower interest rate.

And these agents sometimes come to companies like his to ask for such products.

A year ago, rate buydowns weren’t as common due to the low mortgage rate, and so his company didn’t see any requests come in.

Aside from these rate buydowns that are done with builders and sellers, consumers have always had the ability to bring their rate down themselves through “points,” Wolf noted. In other words, pay the points on your mortgage, and bring down the rate.

But since the market is slowly tipping in buyers’ favor, “the dynamics are changing,” Wolf said.

“Builders are willing to pay the points to buy down the mortgage rates to help consumers with affordability,” she said. “Better affordability means more home sales, so builders are incentivized to help.”

‘Everybody’s asking about an ARM’

Another option more homebuyers are turning to is adjustable-rate mortgages, or ARMs. According to the Mortgage Bankers Association’s latest weekly report, ARMs consisted of nearly 12% of mortgage activity.

The average rate for the 5/1 ARM was 5.79%. A 5/1 ARM is a type of mortgage that has a fixed interest rate for the first five years, after which it becomes a variable rate mortgage, which is adjusted based on market conditions.

“ARMs have a stigma from the financial crisis, because a lot of people lost their homes because they got into an ARM,” Isaacs said. “When the ARM adjusted, they couldn’t afford their mortgage payment.”

“An adjustable-rate mortgage has a fixed interest rate for the first five years, after which it becomes a variable rate mortgage, which is adjusted based on market conditions.”

But today’s ARM is a lot different, he stressed. “It’s a fairly safe product today, as long as you understand the risks that your payment could go up,” Isaacs said.

And “if five years from now, rates are the same or higher than they are today, typically what somebody would do when your rate expires, they just go refinance into another ARM …something with the rate that you can afford, and then wait out the market again,” he added.

ARMs can be risky, especially if the mortgage borrower sees their payment spike when the fixed, lower rate period ends, as MarketWatch reporter Leslie Albrecht wrote earlier this year.

Some builders are choosing to offer an adjustable-rate buydown, Wolf added. (Rules now ask borrowers to prove that they can qualify for the higher payments once the mortgage rate adjusts.)

And if you’re a homebuyer, the best way to get the lowest rate is to call 10 lenders, Isaacs advised. “Call 10 lenders. Go online. Look at every lender out there — call your local banks, local credit unions,” Isaacs said.

But “if you’re on a fixed income, Social Security, you might not want to do an ARM,” he added.

He said the agency’s weekly survey of mortgage rates then showed a wide range of quotes for the 30-year fixed-rate mortgage. “The large dispersion in rates means it has become even more important for homebuyers to shop around with different lenders,” Khater stressed.