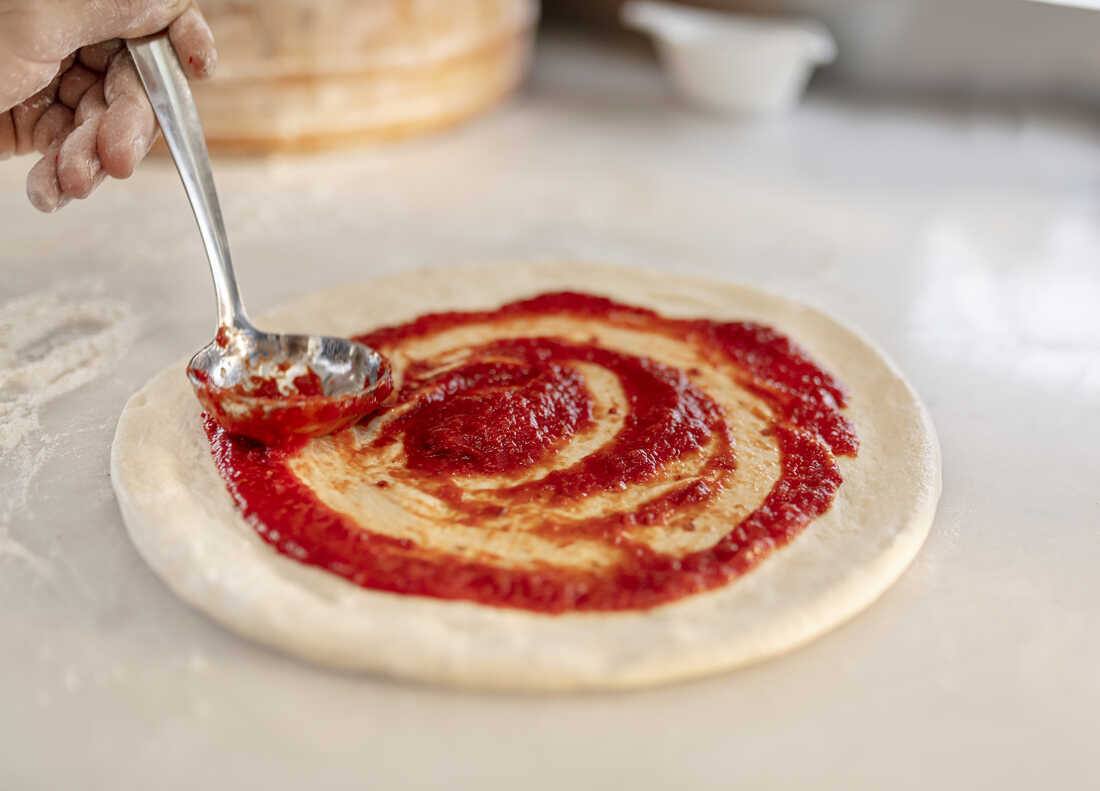 Traditionally, pizza dough is made by allowing yeast to ferment the flour and water until air bubbles form in the dough. But scientists in Naples are developing a new approach – one that doesn’t rely on yeast. EMS-FORSTER-PRODUCTIONS/Getty Images hide caption

Ernesto Di Maio is severely allergic to the yeast in leavened foods. “I have to go somewhere and hide because I will be fully covered with bumps and bubbles on the whole body,” he says. “It’s really brutal.”

Di Maio is a materials scientist at the University of Naples Federico II where he studies the formation of bubbles in polymers like polyurethane. He’s had to swear off bread and pizza, which can make outings in Italy a touch awkward. “It’s quite hard in Naples not to eat pizza,” he explains. “People would say, ‘Don’t you like pizza? Why are you having pasta? That’s strange.'”

When Paolo Iaccarino showed up to work on his PhD in Di Maio’s lab, the graduate student soon divulged that on weekends, he’s a pizzaiolo — that is, a pizza maker at a legit pizzeria. He’s made a lot of pizzas over the last several years — “tens of thousands, surely,” he says.

So Di Maio put Iaccarino and another graduate student, Pietro Avallone, to work on a project to make pizza dough without yeast. The results of this scientific and culinary experiment are published in Tuesday’s edition of Physics of Fluids. Di Maio pulled in another colleague: chemical engineer Rossana Pasquino who studies the flow of materials, everything from toothpaste to ketchup to plastics. “Pizza [dough] is a funny material,” she explains, “because it flows, but it has to be also like rubber. It has to be elastic enough [when it’s cooked] to be perfect when you eat it.” 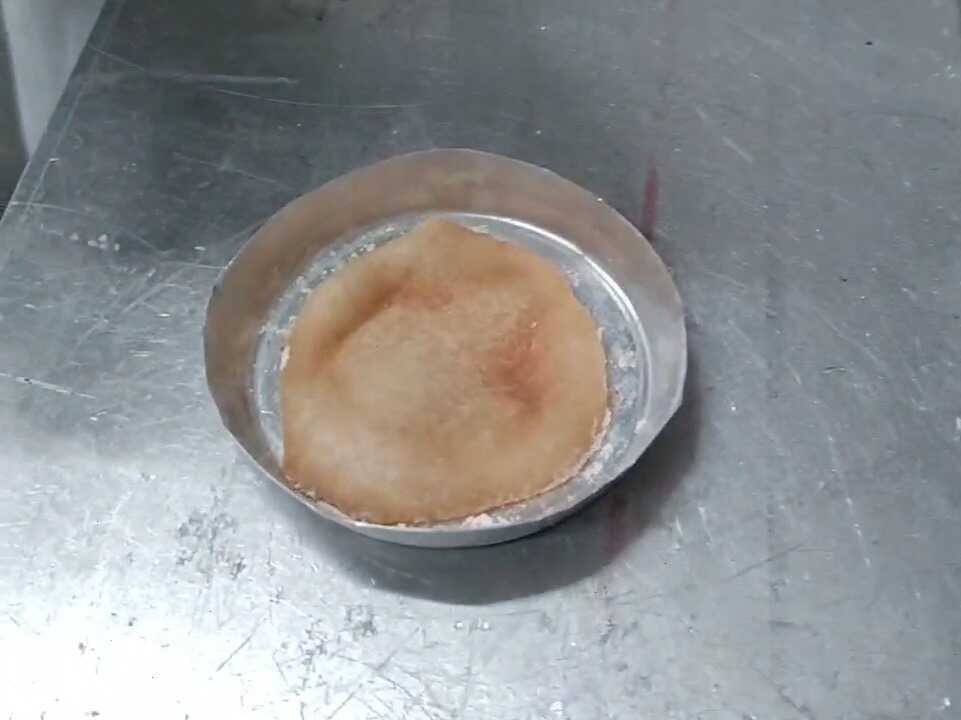 This tiny pizza, a couple inches across, was made in a lab in Naples using a new approach for raising dough that doesn’t involve yeast. Ernesto Di Maio hide caption

It’s within this unique material where yeast traditionally do their work. “Yeast are small microbes and they eat the sugars in the dough,” says David Hu, a physicist at Georgia Tech not involved in the research. As they digest the sugar, “they kind of ‘burp’ [carbon dioxide], and create the bubbles because the dough traps the bubbles inside.” Let the dough rest or proof, and those cavities grow, puffing it up. Then, as a pizza bakes, the air bubbles are cooked right into the dough, creating that light, heavenly texture. “Any sponginess is all due to the bubbles,” says Hu.

The yeast, however, gets killed by the heat. “A baked loaf of bread or a baked pizza is basically a cemetery of dead microorganisms,” says Francisco Migoya, head chef at Modernist Cuisine, a collection of chefs, scientists, and artists focused on culinary innovation. “There’s really nothing alive in there anymore,” he says, especially for a Neapolitan pizza, which he says gets cooked at a searing 800 plus degrees Fahrenheit.

The challenge for the Italian researchers, then, was to get that same rise out of their pizza dough but without yeast. Rossana Pasquino set about measuring the physical properties of regular dough to replicate them as best she could in their yeast-free version. She even got Iaccarino to make a pizza at his pizzeria with a temperature sensor baked into the dough.

The team’s breakthrough came when Di Maio thought to use pressurized gas to form bubbles in the dough and inflate it, an approach he’d taken years to perfect with polyurethane. They experimented with both helium and carbon dioxide.

A time lapse video of a yeast-free miniature pizza dough rising due to pressurized gas.

They then turned to an autoclave, a kind of pressurized oven usually used for sterilization to kill dangerous bacteria, viruses, and fungal spores. In this case, the team placed their yeast-free dough (made from just flour, water, and salt) into the autoclave and at the exact right time, temperature, and pressure, flooded it with the gas. (The approach is a bit like carbonating soda.) And then, as the scientists gradually released the pressure and added heat, the bubbles grew and the dough rose as it baked. 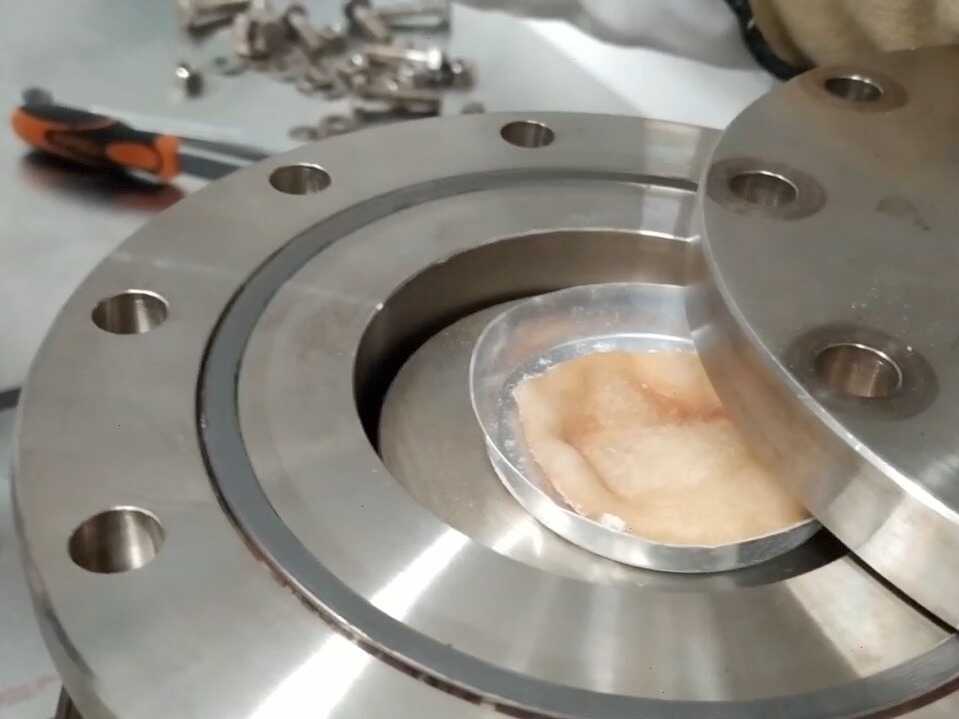 A test pizza dough is ready to be removed from the autoclave. Ernesto Di Maio hide caption

Because the autoclave they had on hand was small, the result was a set of tiny pizzas, each one half the size of a penny. The finished pizza doughs had an airy texture and the taste was, according to Ernesto Di Maio, “exactly like the yeast pizza.”

But not everyone is convinced. “Yeast does so many things to dough, besides fermentation, like the flavors that you find, the complexity of aromas,” says Migoya of Modernist Cuisine who wasn’t involved in the experiment. “I’d really need to taste this to make sure that what [they’re] saying has any sort of objective truth to it.” 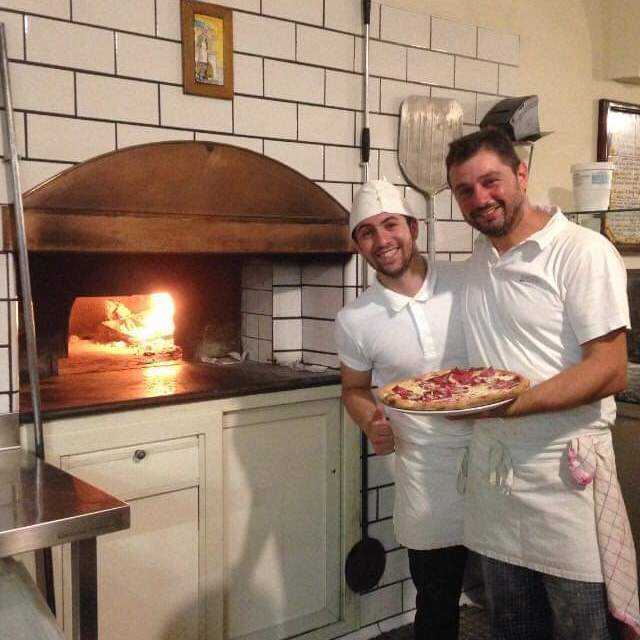 Paolo Iaccarino (left), a materials scientist, works as a pizzaiolo, or pizza maker, at a pizzeria on the side. He brought his experience with dough to the lab for the yeast-free pizza experiment. Paolo Iaccarino hide caption

Migoya adds that yeast is everywhere in our environment. So even in dough where no commercial yeast gets added, there’s still a little bit of airborne yeast that’ll end up on and in it. (In fact, flour and water transform into sourdough starter when that airborne yeast is encouraged to take up residence in the mixture.)

Migoya notes that baking powder or baking soda can also be used to create rise without commercial yeast, in combination with an acid like buttermilk or lemon juice, but is not a 1:1 substitution for yeast.

Rossana Pasquino likes that the approach she and her colleagues have developed relies on a physical process, instead of a chemical additive like baking powder. She also appreciates that the yeast-free pizza could be a time saver since one wouldn’t need to wait for the dough to rise or proof. Alas, however, this approach isn’t quite ready for home bakers looking to optimize their pizza dough with the latest science since most of us don’t have access to the specialized autoclaves required to inflate the dough.

And Paolo Iaccarino, the pizzamaker-cum-grad student, acknowledges their dough isn’t intended for the average pizza lover. Rather, it’s an alternative for those with dietary restrictions. “If you think about generations of pizzamakers in Naples,” he says, “you surely cannot say, ‘Okay, take your pizza, put [it] into the rubbish, and use our pizza to substitute completely.'”

Still, Pasquino says the researchers do dream about scaling their method for use in a pizzeria. So the next step is for them to get a bigger autoclave to make a 10-inch pizza. Pasquino admits that she probably won’t be eating it, however. “I love pizza, actually. The problem is it makes me fat,” she chuckles. That may well be the next challenge to overcome.