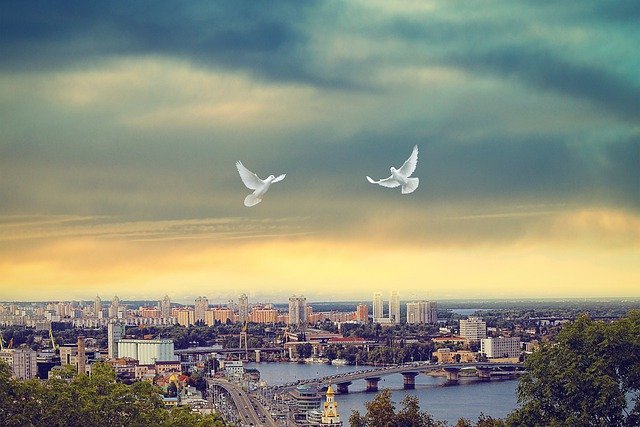 Arnold Schwarzenegger’s video appeal to the Russian people has been remarkably effective. The famed film star and former California governor posted it not only on Twitter, but also on Telegram, which is used almost exclusively by Russians. For days, Russian state media tried to ignore it altogether—but millions of views across multiple platforms forced them to address Schwarzenegger’s powerful message.

“That face is the cover page of American imperialism and colonialism,” TV host Vadim Gigin declared on state TV show Sunday Evening With Vladimir Solovievon, raging about Arnold Schwarzenegger and his video clip. “Not the caricature image of Uncle Sam, but this Schwarz, in a Hollywood production.”

Gigin seemed particularly peeved with the first comments Arnold made in his video. In an effort to dodge state media’s propensity to immediately dismiss any criticism as “Russophobia,” Arnold had opened his address with reminders of his fondness for the Russian people, with years of positive interactions long before Vladimir Putin started a full-fledged war against Ukraine.

“He, in California, will tell us, who live here… the truth?! That is their approach towards us,” Gigin fumed.

Visibly furious, Gigin recounted the second half of Schwarzenegger’s video, where he mentioned the cup gifted to him by champion weightlifter Yury Vlasov, which Arnold continues to use to this very day. Gigin opined that Schwarzenegger never understood Vlasov, who opposed the dissolution of the Soviet Union.

“Vlasov couldn’t transfer any of his brain [to Schwarzenegger] with his handshake and the gifted cup,” he sniped. Host Vladimir Soloviev then chimed in by pointing out: “Schwarzenegger twice traveled to Iraq to support the American troops and never tried to tell the Iraqi people why they’re being destroyed.”

It’s not only state media pundits who are outraged with Arnold’s video.

Russian powerlifter champion Maryana Naumova, who has expressed her admiration for the likes of notorious Syrian dictator Bashar al Assad, weighed in with her response to the message, which was published by the Russian tabloid Komsomolskaya Pravda on Monday. In her commentary, Naumova accused the American film star of “living in an alternative, imaginary reality.” Baselessly accusing the Ukrainian government of Nazism, she claimed: “The fact that Mr. Zelensky, as you say, is a Jew, did not help them. Nazism has no nationality, Nazism is not based on the word ‘German.’ And Russophobia is no better than anti-Semitism.”

Referring to Schwarzenegger’s famed feature films, Naumova proclaimed: “Do you remember how in the second part of the Terminator your hero goes back in time to prevent the creation of Skynet, which would bring the death of all mankind? Russia’s special military operation does not aim to destroy the Ukrainian people. It is aimed at the neo-Nazi Skynet, which over the years has completely subjugated Ukraine and was about to turn into an uncontrollable monster, dangerous for all of its neighbors, not only for us… Don’t side with Skynet, Terminator.”

Zakhar Prilepin, a famous Russian writer who boasted of “killing many” in the last war in Donbas, and who is wanted by Ukraine’s SBU security service on charges of “taking part in the activity of a terrorist organization,” also had harsh words for Arnold. Prilepin wrote on his Telegram channel: “In his video message, Schwarzenegger, who killed three million Russians in his films, told the Russian people how much he loves us and how wrong we are about Ukraine… This Austrian, the son of his father, who served in the SS and was wounded near Leningrad, is trying to act as the good cop.”

Prilepin complained that the United States is “pumping Ukraine full of weapons to massacre the Russians,” failing to mention that Russia is the aggressor in this war. He added: “Arnie, you are a predator and an enemy.”

As a guest on Soloviev’s Sunday show, Prilepin stressed that the Russians shouldn’t try to convince the West of their humanity and good will. He argued that Russia’s approach towards the West should be as harsh as possible: “If they’re seriously afraid of the conflict with Russia, of WWIII, of nuclear war or the escalation of the conflict, we should be convincing them that we’re ready for it, that we love it, that we like to make war.”

Op-ed: The EU’s rewiring due to the war in Ukraine is game-changing, if it doesn’t short-circuit before the job is done

PicnicHealth, which lets patients manage their health records online and share their medical data with researchers, has raised a $60M Series C led by B Capital