Mayor Eric Adams is poised to announce Thursday that Irving and other unvaccinated athletes will now be allowed to play professional sports in the city under a major policy change. Politico was the first to report the news that has since been confirmed by The Post, and will come as the best possible birthday present for Irving.

And the biggest boost the Nets could’ve hoped for in their chase for a first-ever NBA title, moving from contender to favorite.

“I would welcome that,” Brooklyn coach Steve Nash deadpanned before Wednesday’s game with the Grizzles.

Despite the delivery, Nash’s Cheshire cat grin told the story of how huge this would be for Brooklyn. 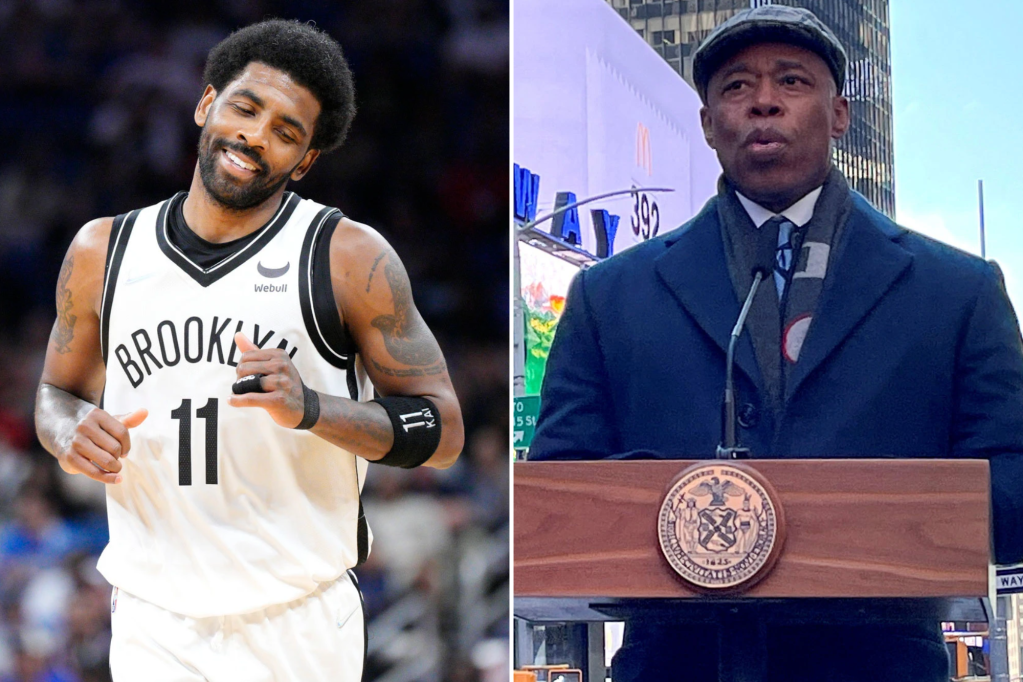 Irving — who turned 30 Wednesday — has played just 20 games all season, barred from playing in New York because of his refusal to adhere to the city’s COVID-19 vaccine mandates. He didn’t make his season debut until Jan. 5, the situation hamstringing the entire season.

But after dropping 43 points in the Nets’ 132-120 loss to the Grizzlies, Irving didn’t want to talk about his expected return.

“Until anything is official please do not ask me any questions about that y’all,” Irving said upon entering his postgame press conference, adding he didn’t want to address any hypotheticals. When asked about what he hoped the legacy of his stance would be, he replied “You didn’t hear my statement when I walked in. Don’t put me in a position until anything’s official.”

Similarly, Kevin Durant declined to answer any questions about the upcoming change.

“Yeah I don’t think it’s official. Just been hearing rumors and stuff. So once it’s official, I can speak on it,” he said.

Still, there was no question about how much he’s looking forward to having his star running mate available at home, or what Irving brings.

“You know the answer to that. You see how he played. It just turns our whole team around when he’s out there. Hope we get some good news.” 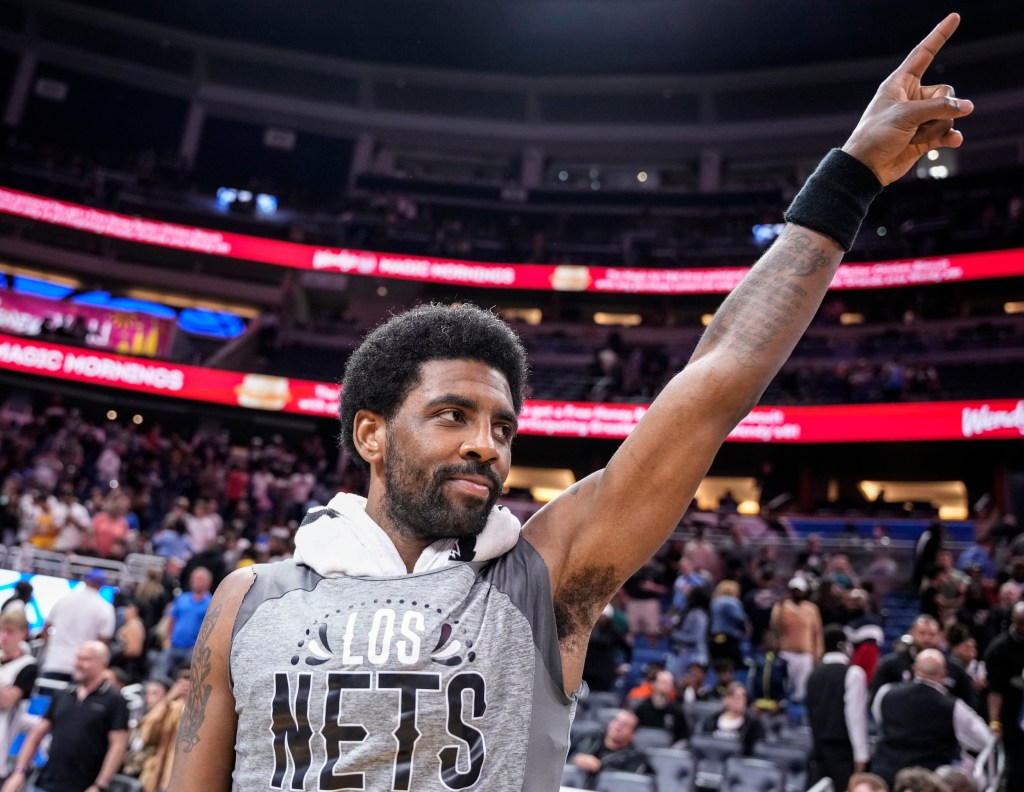 The policy shift will not only impact the Nets, but could be seismic in determining the participants in the NBA Finals.

“Good,” said Nash. “I don’t want to say anything else about that.”

The alteration of the private-sector vaccine mandate would allow an exemption for athletes and entertainers in the workplace, making Irving (as well as unvaccinated Yankees and Mets) suddenly eligible for home games. It could be announced Thursday at Citi Field.

But after Durant had angered the mayor’s office by calling out Adams, Nash wouldn’t be drawn in on a question about the drawing power and lobby of the looming baseball season helping move the needle.

“Umm, I don’t know that I should say anything about it right now,” Nash said. “Let’s just wait and see where the chips fall.”

The change is expected to go into place quickly enough to allow Irving to suit up as soon as Sunday when the Nets host the Hornets at Barclays Center.

Since taking office on New Year’s Day, Adams has been progressively and systematically easing the COVID policies instituted by his predecessor Bill de Blasio.

Without the change, Irving only would have been eligible for two of the Nets’ remaining nine regular-season games: Saturday at Miami and the following weekend at Atlanta. That’s on the brink of changing, and it could play a role in the Eastern Conference race.

“I’m not into politics, man. I play basketball. I take care of my kids,” center Andre Drummond had said Wednesday morning of Irving’s situation. “Whatever the mayor decides to do is what he does. 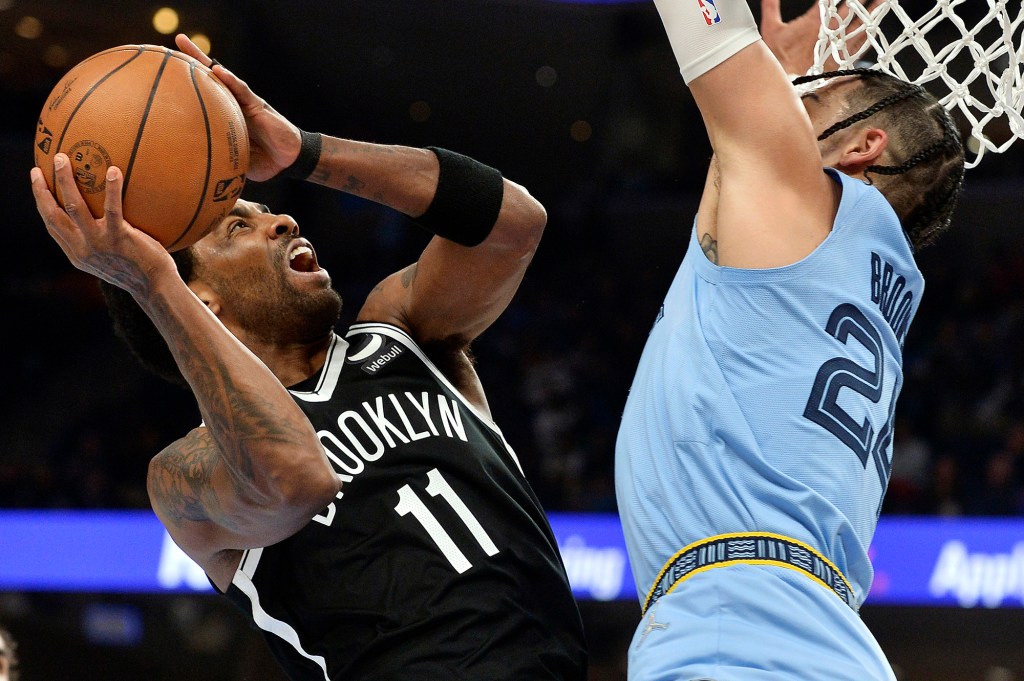 “Hopefully he makes a decision to do something to help [Irving] out some way, somehow, if he has to test before games or whatever it may be. But at the end of the day, I don’t control that. I can only control what goes on on the court, and hopefully the best happens.”

The best-case scenario seems to be on the verge of happening.

Irving came into Wednesday averaging 27.7 points, and on the brink of a repeat of last season’s 50/40/90 shooting splits.

Brooklyn has an Offensive Rating of 119.3 with Irving on the floor, the highest for any players who’ve averaged at least 20 minutes and played at least 10 games. And their 126.3 with Irving and Durant on the court together is top 5 in the entire league championship-level.

But now it appears Irving won’t be gone for every home game anymore.

“[Wednesday is his] birthday, so God knows what’s gonna happen,” said Drummond. “I just think on a serious note, like I said before, with Kyrie, he’s a true professional. When he steps on the floor, he hangs his hat and he does everything he’s supposed to do, so whether it’s 50 points or six points, he makes an impact regardless.”

A deep dive on Truth Social’s struggles, as the social network flails in its efforts to build a competitive platform while alienating tech talent and partners