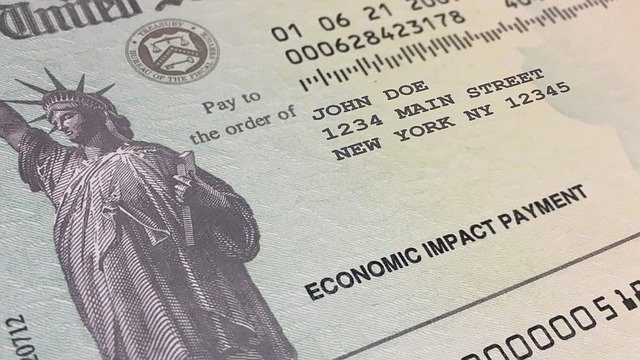 This is Naked Capitalism fundraising week. 1159 donors have already invested in our efforts to combat corruption and predatory conduct, particularly in the financial realm. Please join us and participate via our donation page, which shows how to give via check, credit card, debit card, or PayPal. Read about why we’re doing this fundraiser, what we’ve accomplished in the last year, and our current goal, more original reporting.

Lambert here: Patient readers, I apologize for the slightly late publication of a complete Links, and subsequent formatting issues. I experienced a VPN debacle just as I was about to press the submit button.

Tardigrades survive being dried out thanks to proteins found in no other animals on Earth Live Science. On tardigrades, see NC here.

Hungry bears are getting desperate in Montana High Country News

Nearly One Third Of Homes In US Purchased By Investors, New Study Reveals NWPB. From July, still germane.

Making Earth the Shareholder Inequality. Except… The Earth is not the shareholder. Nor could be be, not being a legal person.

Are There Too Many Farms in the World? New research on agricultural productivity in developing countries Yale Economic Growth Center

I promise you that if I’m elected, I’ll always tell you the truth.

I’ll listen to the experts and do everything I can to contain this virus.

And I’ll always put your health and safety first — no matter the political cost.

Advances in treating the sickest Covid patients have stalled. Why? STAT

On Giovanni Boccaccio’s “The Decameron” (podcast) Literary Studies. From the New Books network, whose content makes me hopeful there’s a lot of thinking and writing going on out there.

6/6
Both conflicts are likely to play out most dramatically in the property sector. When property is the main source of growth and wealth generation, it also becomes the main locus of distributional conflicts.

My friend Andrew Schelling just gave me @JLFLitfest Boulder his new book of translations of 4thC poet Bhartrihari & its such wonderful stuff! Bhartrihari oscillated between the rigours of renunciation & the abandon of the sensualist & both sides of his character are in his poetry pic.twitter.com/3Uu9TYvLTN

Put your crown on your head Africa is a Country. Jean-Michel Basquiat:

How Long Was the Queue? An Estimated 250,000 People Bloomberg. From the coverage, I would have thought a million. Commentary via alert reader DM, who writes: “Thisbee demonstrating his objection to the ridiculous coverage of the royals!”:

I’m with Thisbee on this one

All hail our postliberal prince The Critic. Commentary:

Establishment projecting it’s own attitude onto everyone else.

I’m now getting a good idea why they had to take down corbyn.

The UK isn’t the only poodle around:

Is a Bidenomics Manufacturing Policy in Progress? Industry Week

SEC Claims All of Ethereum Falls Under US Jurisdiction Decrypt (Rev Kev).

What Happened to America’s Civil Libertarians? Matt Taibbi, TK News. “The implicit argument of Trump’s pursuers has always been that any rule-bending is worth it because, like Saddam Hussein, Trump was and is a unique danger, an ‘exceptional’ or ‘existential threat.’” “Sovereign is he who declares the exception.” —Carl Schmitt, Nazi legal theorist.

A Natural Gas Shortage Is Looming For The U.S. OilPrice.com 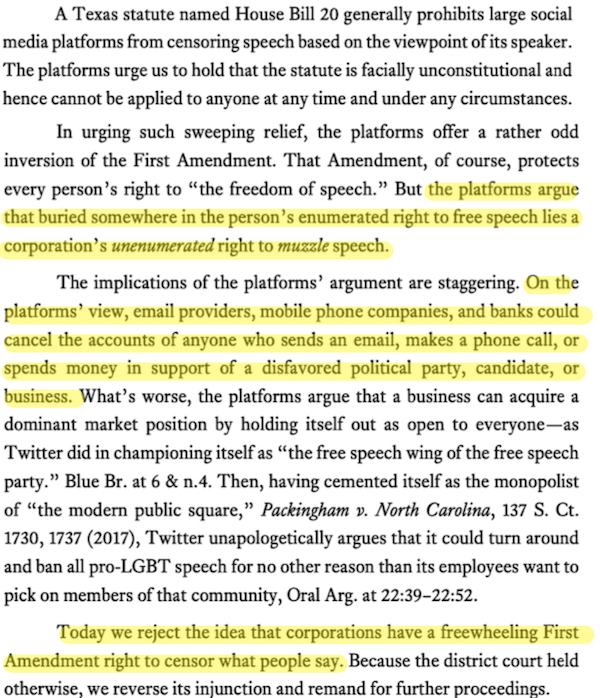 Never thought I’d say “God bless the Attorney General of Texas” (Paxton), but here we are.

How to Ditch Facebook Without Losing Your Friends (Or Family, Customers or Communities) Electronic Frontier Foundation

Dominant Employers May Add To Unemployment In Rural US As Fed Raises Rates International Monetary Fund (!).

Beware the rise of the black box algorithm FT. “The factors underpinning the Compas system, used in the US to measure the likelihood of reoffending, are not publicly available because they are treated as company property.” Oh.

$50 check is “in the mail.”
I would be ignorant of just about everything going on in the world today if it weren’t for Yves, Lambert, the other posters and contributors (current & past), moderators, members of the various brain trusts and the commentariat (current & past) of Naked Capitalism. Even worse, if I were dependent on the MSM, I might think of myself as an informed person, when, in fact I would only have been mis- and dis-informed. That said, even my infrequent (and decreasing) ventures into “news” coverage reveal that is has become crazily incomprehensible, if not irrelevant, on almost any subject. (And this is an election year. Ain’t that just great?)

NC has provided enough sunlight (even if it sometimes hurts the eyes) that I can attempt to make sense of things and resist the urge to just hide where no one can see me (see attached*).

$50 does not come close to the value of NC to me. So, I hope that I am taking advantage of someone else’s generosity to increase the value of my small contribution. But, really, it would be far better still if the full train has departed without me and faster donors sucked up all that generosity.

*This is our neighbors’ cat, Cyrus. And, yes, that is our carport storage closet, not that of Cyrus’ own family.

Mahalo for ALL you do, even the work that I can’t see,
Cathy 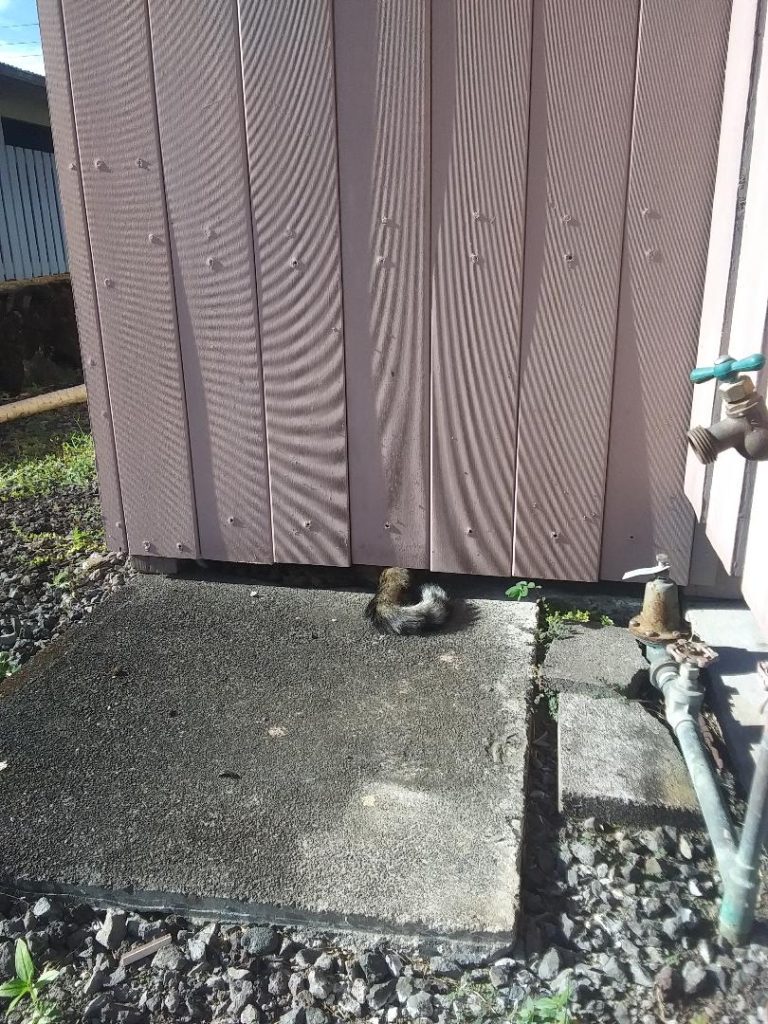 Bonus Antidote: A baby hummingbird sipping from a raspberry (via): 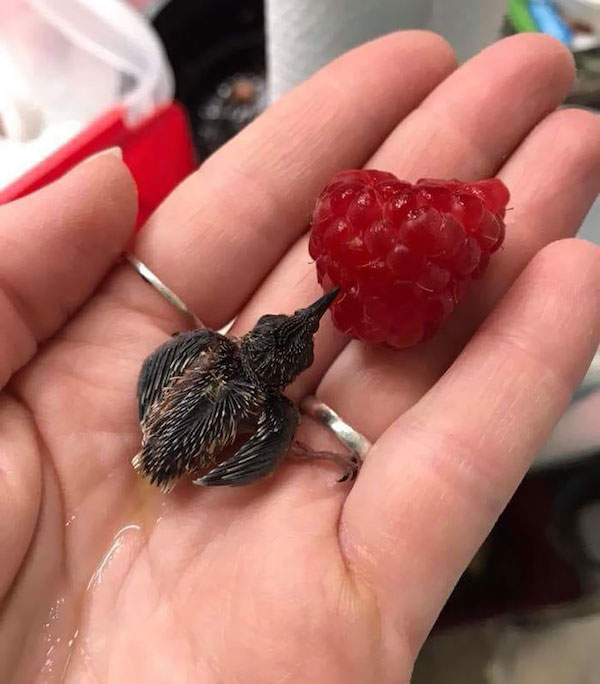 Double Bonus Antidote: I have to include this: