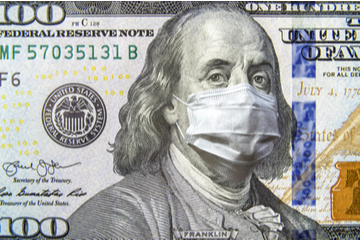 Can wolves bond with people like dogs do? Science

Fed Chair Powell: There isn’t a painless way to do this Sam Ro

For those who came in late:

Duke Energy is one of the top leakers of a gas that is 25,000 times more polluting than carbon dioxide, EPA records show NBC. Sulfur hexafluoride.

What Long COVID Is Like For These 14 People Teen Vogue

The Floods in Seoul London Review of Books

The Seeds of Ignorance — Consequences of a Booming Betel-Nut Economy NEJM. Read all the way to the end.

.@bbcr4today suggesting that an insurance-based health system might be better for UK.

Failed to point out that, in 2010, before the Tories started underfunding and privatising our NHS, it was ranked the fairest, most cost-effective and efficient healthcare system in the world. pic.twitter.com/DU4WkWOSwq

How Bad Will the German Recession Be? Der Spiegel

Winter Forecast 2022/2023 – September Update: Seasonal cooling now begins across the ENSO regions, predicted to continue as we head closer to Winter Severe Weather Europe (DG). “Europe is expected to have warmer than average temperatures over most of the northern and east-central parts of the continent.” We’ll see.

Could the War in Ukraine Have Been Stopped? The National Interest

Remarks by President Biden Before the 77th Session of the United Nations General Assembly (transcript) Whitehouse.gov

Appeals court allows DOJ to resume review of classified records in Trump case The Hill. “The appellate judges in their opinion also allowed a review by a special master appointed by a federal judge in Florida to continue simultaneously.”

The Narrative Matrix Hides The Truth About The World, And About Ourselves Caitlin Johnstone. Rather like this:

Book Review: ‘Dinners With Ruth’ and Without Any Semblance of Journalistic Standards, By Nina Totenberg Balls and Strikes. “Do remember to bring an insulin shot for the treacle.” Good clean fun!

How Hospital Monopolies Drive Up the Cost of Care Washington Monthly

An Ode to the QR Code Raheem Kassam’s Substack. I hate QR codes because I hate standing in line while the cashier and the customer huddle over pairing phone and register, and then the customer has to punch in some digits (slowly and then all over again, naturally), and then claim a phone coupon. Takes four or five times longer than cash. This matters, because lines tend to be in closed spaces, crowded, and close-contact, and while these digital morons fiddle with their tech I’m sharing their air and risking infection.

‘Please help us’: As the Vermont Guard seeks to reform its ‘toxic’ culture, a star soldier faces allegations of sexual misconduct VT Digger

U.S. fugitive known as ‘Fat Leonard’ apprehended in Venezuela after weeks on the run NBC

Amazon Closes, Abandons Plans for Dozens of US Warehouses Bloomberg

The ideology of innovation: philanthropy and racial capitalism in global food governance The Journal of Peasant Studies

Trouble in paradise Times Literary Supplement. The deck: “Why is economic progress so little cause for celebration?” Review of DeLong’s book.

Algorithms and the Future of Work NIOSH Science Blog, CDC

How Ashish Jha and Rochelle Walensky of Newton, MA Protect Their Children from Covid (But not Yours) | naked capitalism