Mar 24, 2022
“His financial statements were false, and he has a long history of fabricating information relating to his personal finances and lying about his assets to banks, the national media, counterparties, and many others, including the American people,” Mark Pomerantz wrote in the letter. “The team that has been investigating Mr. Trump harbors no doubt about whether he committed crimes — he did.”
Pomerantz and Carey Dunne, two senior prosecutors on the team, resigned last month — one day after Manhattan District Attorney Alvin Bragg informed them that he wasn’t prepared to move forward with criminal charges. The resignations followed weeks of internal debate and discussion over the strength of the evidence against Trump and whether it could pass the hurdle of proving a crime.
Trump has not been charged with a crime.
According to Pomerantz, the previous district attorney, Cyrus Vance Jr., had “concluded that the facts warranted prosecution, and he directed the team to present evidence to a grand jury and to seek an indictment of Mr. Trump.” 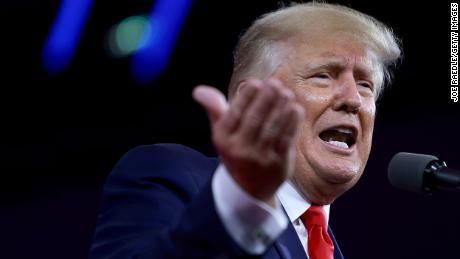 Bragg took over in January. His office insists that the investigation is ongoing and has announced that another attorney has been appointed to lead the team.
“The investigation continues,” said Danielle Filson, spokeswoman for the district attorney. “A team of experienced prosecutors is working every day to follow the facts and the law. There is nothing more we can or should say at this juncture about an ongoing investigation.”
According to Pomerantz, the investigation has been suspended pending further developments. “I believe that your decision not to prosecute Donald Trump now, and on the existing record, is misguided and completely contrary to the public interest,” he wrote to Bragg. “I therefore cannot continue in my current position.”
Pomerantz also warned that a failure to prosecute will undermine public confidence in the justice system and “the bedrock proposition that ‘no man is above the law.’ ” He added that the “ability to establish what happened may erode with the further passage of time.”
Pomerantz declined to comment about the letter to CNN.
Ronald Fischetti, an attorney for Trump, disputed Pomerantz’s characterization of the case.
“There just was not sufficient evidence to charge my client,” Fischetti told CNN. “Believe me, I’ve worked on this case for longer than Mark was there. I know the evidence that he has, he doesn’t have one live witness who would take the stand and point a finger at Donald Trump and say that he was corrupt. Not one.”
“In my opinion, I think Alvin Bragg should get credit for what he did. He decided this case based on the lack of evidence, not based on politics,” Fischetti said.