Naked Capitalism: Changing the World One Person at a Time | naked capitalism 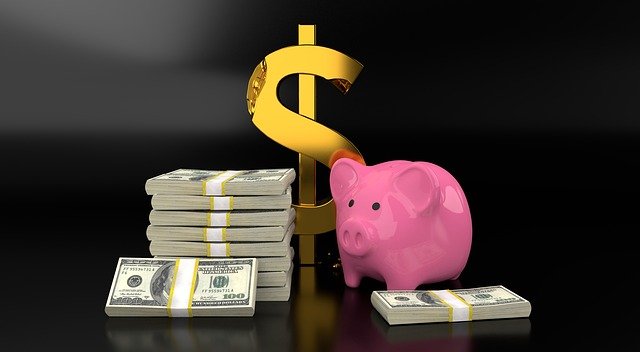 By Polar Socialist, a history nerd turned to a computer geek who has lived the better part of a century way up North and still can’t decide whether he’s a socialist or not

I can’t remember when I came across Naked Capitalism but I do remember how. Early 2000s I was keenly following the fights around climate science, visiting regularly places like Deltoid blog, Rabbet Run, and Real Climate. Following those discussions it soon became obvious that while the physics made sense to me, I was completely at lost with the macroeconomics of it all.

Through the climate blogs I found Crooked Timber, and from there I landed on Naked Capitalism – this place was almost like epiphany, as it seemed to have all the answers I was looking for. And those were many: My kids were coming of age, and the world where they had to find their place seemed to be much, much bleaker than mine had been – something in the world had gone so totally wrong at some between my graduation and theirs.

Naked Capitalism was precisely what I needed, even if I didn’t know it at the time. (Hint: If you know that now too, please take a detour to the donation page to chip in!)

I believe I lurked for some years, before something came up that I was familiar with enough to dare to comment. Can’t remember what it was, though. Probably something that would make me blush now.

Anyway, ever since I’ve been coming back, because every time I visit here I learn new stuff, some times I’m even exposed to completely new ways of looking at the world. A lot of things in the world just make more sense after an hour (or three) spent in Naked Capitalism. It’s not just the great selection of well-written and understandable articles but also a community who believes deep in its core that this is not the best possible world (or that this is the worst timeline) and that something better is not just possible but achievable.

This place gives me intellectual tools to understand the world I live in, but also tools and weapons to try and change that world one person at a time. I know I don’t have win an argument with my family members, kin, co-workers or friends – just creating a suspicion that there are indeed alternative explanations, that there are narratives that fit the world they observe much better – and let the human curiosity to make its magnificent work.

In many ways the community is so strong and at times unanimous that there could be a serious danger of groupthink. Yes, this is true. Except that I haven’t really seen it happen. On the contrary, I’ve challenged others as I’ve been challenged here, be it some nuance or even sometimes going into the basic assumptions we have. And it’s good. None here, neither the writers or the commentariat seem to be afraid of the truth, or reality, even when it’s ugly and something we wished it was not.

It’s communicating and it’s a form of collective learning that I’ve always found to be the most enjoyable kind – the knowledge that there’s always somebody who knows more, or has a better way with words, can give new insight, points out fallacies that you did not see in your argument (or in an argument you accepted as valid).

And it’s even more than that, with the talented host and knowledgable commentators, each one having their own network of people they communicate with, what we have here is much more than the sum of the elements, as cliche as it may be to say. At times it feels like I’m truly connected to the whole world through this here blog. So please support this network by following this link to the donations page.

Yet all this happens in a quite cordial atmosphere. The hosts run a pretty tight ship here, and I’m grateful for that, since it forces me – and I must assume many others – into a positive type of self-censorship. Since I rarely read any stupid things here, I myself don’t want to write anything stupid – so I do actually read what I’m about to post. Sometimes I notice that it’s not bringing anything to the discussion, so I delete it and move forward. Thankfully in this place there’s always forward: a new article to chew on, or a plethora of comments mulling over some topical article or another. Which in practice means that following Naked Capitalism practically daily takes much more time than I have for it, which is both wonderful and plays evil with my productivity.

But I wouldn’t have it in any other way. The folks running this place have created high standards for themselves and for the rest of us, and by enforcing those standards they make each of us a slightly better persons with their hard work.

With all that said it’s imperative that we all make sure that this place will exist tomorrow, next year, and in the future. And not only should it exist, but it should be able to retain its very high quality and its purity of soul. All this won’t happen by itself, it has to be done, and doing that is nigh impossible without support from all of us. So please go to the Tip Jar and contribute! Every donation, whether a little or a lot, helps keep this endeavor going.

We all have a good thing here, and we certainly want it to keep it going and even improve. By contributing we’re not just giving money, we’re making a statement of how much we appreciate this place, how much it means to us and how much we love it. So please make sure Naked Capitalism can get even better by supporting it at the Tip Jar. Whether it’s $5 or $50 or $5,000, every bit helps keep this valuable resource vibrant.