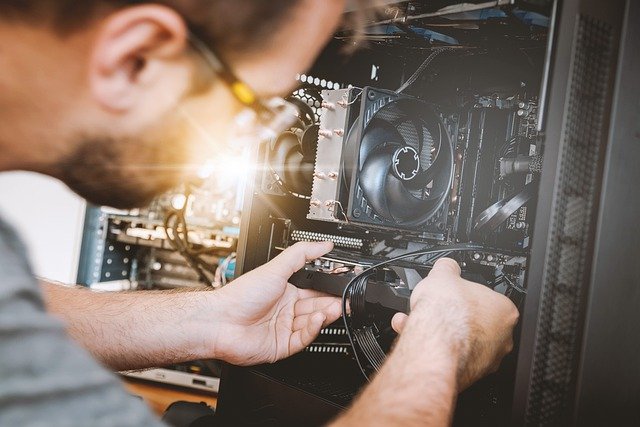 Last year, hurricanes hammered the Southern and Eastern US coasts at the cost of more than 160 lives and $70 billion in damages. Thanks to climate change, it’s only going to get worse. In order to quickly and accurately predict these increasingly severe weather patterns, the National Oceanic and Atmospheric Administration (NOAA) announced Tuesday that it has effectively tripled its supercomputing (and therefore weather modelling) capacity with the addition of two high-performance computing (HPC) systems built by General Dynamics.

“This is a big day for NOAA and the state of weather forecasting,” Ken Graham, director of NOAA’s National Weather Service, said in a press statement. “Researchers are developing new ensemble-based forecast models at record speed, and now we have the computing power needed to implement many of these substantial advancements to improve weather and climate prediction.”

General Dynamics was awarded the $505 million contract back in 2020 and delivered the two computers, dubbed Dogwood and Cactus, to their respective locations in Manassas, Virginia, and Phoenix, Arizona. They’ll replace a pair of older Cray and IBM systems in Reston, Virginia, and Orlando, Florida.

Each HPC operates at 12.1 petaflops or, “a quadrillion calculations per second with 26 petabytes of storage,” Dave Michaud, Director, National Weather Service Office of Central Processing, said during a press call Tuesday morning. That’s “three times the computing capacity and double the storage capacity compared to our previous systems… These systems are amongst the fastest in the world today, currently ranked at number 49 and 50.” Combined with its other supercomputers in West Virginia, Tennessee, Mississippi and Colorado, the NOAA wields a full 42 petaflops of capacity.

With this extra computational horsepower, the NOAA will be able to create higher-resolution models with more realistic physics — and generate more of them with a higher degree of model certainty, Brian Gross, Director, NOAA’s Environmental Modeling Center, explained during the call. This should result in more accurate forecasts and longer lead times for storm warnings.

“The new supercomputers will also allow significant upgrades to specific modeling systems in the coming years,” Gross said. “This includes a new hurricane forecast model named the Hurricane Analysis and Forecast System, which is slated to be in operation at the start of the 2023 hurricane season,” and will replace the existing H4 hurricane weather research and forecasting model.

While the NOAA hasn’t yet confirmed in absolute terms how much of an improvement the new supercomputers will grant to the agency’s weather modelling efforts, Ken Graham, the Director of National Weather Service, is convinced of their value.

“To translate what these new supercomputers will mean for for the average American,” he said during the press call, “we are currently developing models that will be able to provide additional lead time in the outbreak of severe weather events and more accurately track the intensity forecasts for hurricanes, both in the ocean and that are expected to hit landfall, and we want to have longer lead times [before they do].”