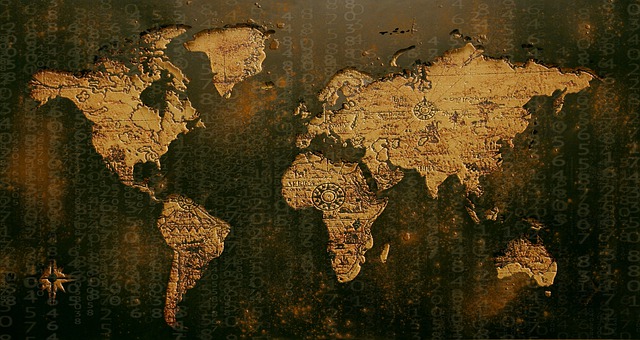 Nord Stream 1 and Nord Stream 2, key gas pipelines between Russia and Europe, have sprung large leaks within hours of each other, sparking fears of deliberate sabotage

Two key gas pipelines designed to bring Russian gas to Europe have developed leaks within hours of each other, prompting speculation about sabotage. The Nord Stream pipes, which run under the Baltic Sea, have at times been a focal point of diplomatic tensions around Russia’s invasion of Ukraine. European Union leaders have previously accused Russian president Vladimir Putin of leveraging energy supplies in response to strong sanctions from Europe and the US.

The Danish Energy Agency said in a statement that two leaks have been detected on Nord Stream 1 – one in Danish territory and one in Swedish – and one was also found on Nord Stream 2. The agency raised its alert level to orange, the second highest.

Kristoffer Böttzauw, the agency’s director, said in a statement: “Breakage of gas pipelines is extremely rare, and therefore we see reason to raise the preparedness level as a result of the incidents we have seen over the past 24 hours. We want to ensure thorough monitoring of Denmark’s critical infrastructure in order to strengthen security of supply going forward.”

Reports suggest that the leaks are large holes, rather than small cracks.

A European security source told Reuters there were indications that the leaks were caused by “deliberate damage”. Denmark’s prime minister, Mette Frederiksen, said, “It’s hard to imagine that these are coincidences. We can’t rule out sabotage.”

Denmark has imposed a prohibition area around the leaks, banning all ships and aircraft from getting within 5 nautical miles. It says there is a risk of ignition and ships could lose buoyancy due to the escaping gas.

The Petroleum Safety Authority Norway said in a statement on Monday that it had recently received a number of warnings from oil and gas companies about unidentified drones and aircraft flying close to offshore facilities. The organisation also issued a reminder that there is an exclusion zone with a radius of 500 metres around all offshore oil and gas facilities, and it says encroaching on them could be punishable by law. But it said it did not wish to speculate about the causes of the Nord Stream leaks.

Anthony King at the University of Warwick, UK, says the development is odd, and that sabotage and accident were both possibilities.

“The Russians have the capability to carry out something like this – and they regularly threaten the internet fibres in the Atlantic to show that they could cut them if necessary. So it could be the Russians,” he says. “But I don’t see what they’d gain – they want to sell gas. It may indeed be an accident.”

A spokesperson for the GFZ German Research Centre for Geosciences told New Scientist that it detected two large and distinctive spikes in seismic activity under the Baltic Sea on Monday, one at 00:03 UTC and one at 17:03 UTC. This was followed by “much stronger” than usual seismic noise than before the spikes. “We have no information on the cause of the spikes and the noise,” they say.

Each of the two affected pipelines actually comprises two pipelines, made up of approximately 100,000 sections, each 12 metres long. None of the pipelines was in operation at the time the leaks were discovered, but they all still contained pressurised gas. Environmental impact documents relating to the network reportedly point to the pipes being 26.8 millimetres thick and covered in anti-corrosion material and steel-reinforced concrete.

Nord Stream 2 hadn’t yet been put into normal operation, but was filled with 177 million cubic metres of natural gas. Scientists are divided on how great the effect of that gas leaking will be on the atmosphere, and on climate change.

Joe von Fischer at Colorado State University says that the effect of the leaks on levels of atmospheric methane would be low because the methane will become carbon dioxide, which is less potent as a greenhouse gas, as it rises through the water. “When methane is released at the bottom of a deep body of water, nearly all of it is oxidised by methanotrophic bacteria in the water column,” he says.

But Grant Allen at the University of Manchester, UK, says that the amount of gas rising might change the picture. “My intuition, and this is only intuition, is that those leaks are so big that a column of bubbles going up to the surface is so pure and so intense that nature isn’t going to have a chance to to act on it,” he says. “You can see how violently it’s coming out. I suspect this event is going to be all over in the timescale of hours.”

Allen estimates that the contents of the Nord Stream 2 pipeline alone would create the equivalent methane emissions as 124,000 average UK homes do each year.

The pipelines aren’t the first pieces of energy infrastructure to be affected since Russia’s invasion of Ukraine. Fighting around the Zaporizhzhia Nuclear Power Plant – Europe’s largest nuclear plant – and Chernobyl have caused experts to warn of the prospect of an accidental release of radioactive material in recent months.