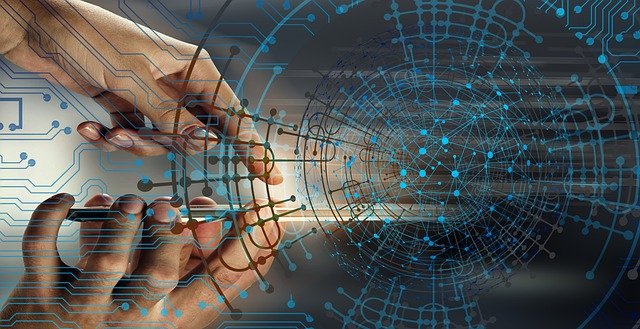 The following article discusses spoilers for The Elysian Kingdom.

There’s a genre of writing best embodied by the serial escalation of premises found on forum threads in certain corners of the internet. It’s the sort of energy that imbues this week’s Strange New Worlds as it takes a one-episode detour into a fantasy parody. Not content with dropping the crew into a swords-and-sorcery romp, they’re all tasked with playing against type! Oh, and the only people who can save them is an awkward buddy-cop duo of the noble Doctor and the grouchy engineer! Shut this off five minutes or so before the ending and this could easily be the second best episode of the show’s first season.

The Elysian Kingdom is both the episode’s title, and the subject of the book Dr. M’Benga has been reading to his terminally ill daughter Rukiya throughout the series. She’s annoyed by the ending, which requires the noble king to choose what thing he’s willing to give up at the conclusion of the story. M’Benga tells her, when he’s cured her, she can rewrite the story any which way she chooses. And before you can say gee, that foreshadowing was a bit on the nose, the Enterprise gets caught up in the nebula it’s been studying, unable to move.

By the time the doctor gets to the bridge, the ship has been covered in tapestries and ye olde tiki torches. Everyone bar him (and, as it turns out, Hemmer), has been mind-wiped into becoming characters from the book. Pike is a cowardly courtier, La’an is a comedy Disney princess, Uhura is the big villain and Spock is an evil wizard with a Fabio wig and two-day stubble that reminds us all Ethan Peck is, in fact, hot under that goofy Vulcan haircut.

It’s been a while since we’ve seen Star Trek lean into its often-denied campy side and, as I’ve said before, it’s a groove Strange New Worlds works well in. The fact the series feels confident enough to do this just eight episodes into its first run speaks volumes about how the creative team are doing. (You just know there’s a whiteboard in the writers’ room with Musical Episode(?) written up top, and I’m here for it.) If there’s a downside, it’s that the ensemble is big enough that some actors get short-changed in their moments to play out of character. Of course, none of this would work without Babs Olusanmokun’s central performance to hold the story together, aware of the ridiculousness of the situation but remaining true to M’Benga’s inner turmoil.

Of course, I wouldn’t be writing about Strange New Worlds if there wasn’t also a small list of annoyances. The tone reminds me a lot of Futurama’s glorious M*A*S*H parody with iHawk, the robot with a Maudlin / Irreverent switch on his side. This episode wants the switch to be jammed at both ends, mixing high camp with a meditation on, uh, something.

We must now talk about the ending, (again, spoiler warning) which is such a weird left turn that it makes my scalp feel itchy just thinking about it. The denouement of the episode sees the sentient nebula offer to take Rukiya off the ship and cure her illness, allowing her to live a life of fantasy in the stars. She appears, moments later, as an adult, telling her father about her life and reassuring him he made the right decision to let her go. Suitably resolved, he’s back at work minutes later. 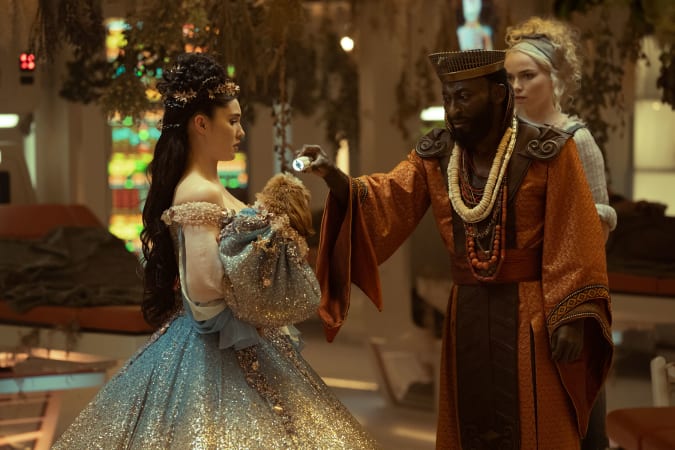 Sorry, it doesn’t sit right. I can understand the notion of giving up your kid to save their life, and parents have thrown kids from burning buildings on that basis. But the idea he’d make that decision in about half a minute’s conversation with a sentient space cloud with unclear motives? M’Benga has spent the whole season so far working to find a cure for Rukiya, and was even given a promising lead just two weeks back. This storyline has been seeded through enough of the series that this feels like it’s the creative team course-correcting.

I’m going to go out on a limb and say the abruptness of this is the resolution of a production problem. My guess is that nobody realized just how quickly children age, making it difficult for Sage Arrindell to play a child trapped in temporal stasis. It’s the reason Malcolm David Kelly left Lost at the end of its first season: You can’t pretend everyone has spent just 40 days on the island if the kid visibly ages a year since they shot the pilot. (I assume, too, the episode was shot on the standing Enterprise sets as a way of saving cash for the finale unless those gorgeous period costumes rinsed through the show’s substantial budget.)

Alternatively, the writers planned this out and it was always meant to be something that resolved itself within the first season. In that case, I’m forced to wonder who in the world thought that a father just handing over his kid in such an arbitrary fashion was a smart emotional beat. Unless it’s one of those situations where more emphasis was placed on the surprise of it, rather than the logic, narratively or emotionally. To me, it feels a bit like yet another Strange New Worlds episode where, much as I want to offer praise, there’s always something that leaves me a bit cold.