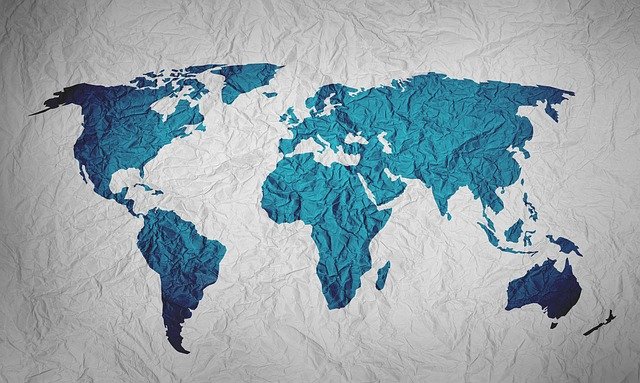 WASHINGTON — The strategy behind Ukraine’s rapid military gains in recent days began to take shape months ago during a series of intense conversations between Ukrainian and U.S. officials about the way forward in the war against Russia, according to American officials.

The counteroffensive — revised this summer from its original form after urgent discussions between senior U.S. and Ukrainian officials — has succeeded beyond most predictions. Ukrainian forces have devastated Russian command and control, and appear poised to capitalize on their advances in the northeast of the country and in another campaign in the south.

The work began soon after President Volodymyr Zelensky of Ukraine told his generals he wanted to make a dramatic move to demonstrate that his country could push back on the Russian invasion. Under his orders, the Ukrainian military devised a plan to launch a broad assault across the south to reclaim Kherson and cut off Mariupol from the Russian force in the east.

The Ukrainian generals and American officials believed that such a large-scale attack would incur immense casualties and fail to quickly retake large amounts of territory. The Ukrainians were already suffering hundreds of casualties a day in what had become a grinding conflict. The Russian forces were experiencing similar losses but were still inching forward, laying waste to Ukrainian towns in the eastern region of Donbas.

Long reluctant to share details of their plans, the Ukrainian commanders started opening up more to American and British intelligence officials and seeking advice.

Jake Sullivan, the national security adviser, and Andriy Yermak, a top adviser to Mr. Zelensky, spoke multiple times about the planning for the counteroffensive, according to a senior administration official. Gen. Mark A. Milley, the chairman of the Joint Chiefs of Staff, and senior Ukrainian military leaders regularly discussed intelligence and military support.

Time was of the essence, U.S. and Ukrainian officials believed. To mount an effective counterattack, the Ukrainians needed to move before the first snow, when President Vladimir V. Putin of Russia would be able to use his control of gas supplies to pressure Europe.

This account of the lead-up to the counteroffensive is based on interviews with multiple senior American officials and others briefed on the classified discussions between Washington and Kyiv that helped Ukrainian commanders shape the battle. Many spoke on the condition of anonymity because of the secret nature of the talks.

American officials were hesitant to judge the full impact of the counteroffensive, anxious to see how it continues to play out. For now, Kyiv has the advantage.

One critical moment this summer came during a war game with U.S. and Ukrainian officials aimed at testing the success of a broad offensive across the south. The exercise, reported earlier by CNN, suggested such an offensive would fail. Armed with the American skepticism, Ukrainian military officials went back to Mr. Zelensky.

“We did do some modeling and some tabletop exercises,” Colin Kahl, the Pentagon’s policy chief, said in a telephone interview. “That set of exercises suggested that certain avenues for a counteroffensive were likely to be more successful than others. We provided that advice, and then the Ukrainians internalized that and made their own decision.”

The stakes were huge. Ukraine needed to demonstrate that this was not going to become just another frozen conflict, and that it could retake territory, for the morale of its people and to shore up support of the West.

Throughout August, at the behest of Ukrainians, U.S. officials stepped up feeds of intelligence about the position of Russian forces, highlighting weaknesses in the Russian lines. The intelligence also indicated that Moscow would struggle to quickly reinforce its troops in northeast Ukraine or move troops from the south, even if it detected Ukrainian preparations for the counteroffensive.

“We saw the fact that the Russians actually relocated a lot of their best forces down to the south in preparation for the other counteroffensive that the Ukrainians kicked off,” Mr. Kahl said. “So we had reason to believe that because of the persistent morale challenges, and the pressure of the Ukrainians, that there might be pockets of the Russian military that are a little more brittle than they appear on paper.”

Instead of one large offensive, the Ukrainian military proposed two. One, in Kherson, would most likely take days or weeks before any dramatic results because of the concentration of Russian troops. The other was planned for near Kharkiv.

Together Britain, the United States and Ukraine conducted an assessment of the new plan, trying to war game it once more. This time officials from the three countries agreed it would work — and give Mr. Zelensky what he wanted: a big, clear victory.

But the plan, according to an officer on the general staff in Kyiv, depended entirely on the size and pace of additional military aid from the United States.

Ukraine, a former Soviet republic that had used older Soviet weapons, exhausted most of its own ammunition. Learning how to use new weapons systems in the middle of the war is difficult. But so far the risky move has proved successful. More than 800,000 rounds of 155-millimeter artillery shells, for instance, have been sent to Kyiv, helping fuel its current offensives. The United States alone has committed more than $14.5 billion in military aid since the war started in February.

Before the counteroffensive, Ukraine’s armed forces sent the United States a detailed list of weapons they needed to make the plan successful, according to the Ukrainian officer.

Specific weapons, like the High Mobility Artillery Rocket System, or HIMARS, are having an outsize effect on the battlefield. The satellite-guided rockets fired by these launch vehicles, called GMLRS, each contain a warhead with 200 pounds of explosives and have been used in recent weeks by Ukrainian forces to destroy more than 400 Russian arms depots, command posts and other targets, American officials said.

More recently, Ukrainian forces have put American-supplied HARM air-launched missiles on Soviet-designed MiG-29 fighter jets, which no air force had ever done. The missiles have been particularly effective in destroying Russian radars.

“We are seeing real and measurable gains from Ukraine in the use of these systems,” General Milley said last week in Germany at a meeting of 50 countries that are helping Ukraine with military and humanitarian aid. “They’re having great difficulty resupplying their forces and replacing their combat losses.”

Ukrainian and American officials said the now weekly or biweekly Pentagon announcements of new shipments of weapons and munitions from American stockpiles have given Kyiv’s senior commanders the confidence to plan complex simultaneous offensives.

“The importance of Western military support is not just in specific weapons systems, but in the assurance and confidence that the Ukrainians can use in their future planning,” said Jack Watling, a senior research fellow at the Royal United Services Institute in London, who recently returned from Ukraine.

As Ukrainian soldiers moved into areas in the northeast over the weekend, Russian forces crumbled. In some places around Kharkiv, Russian troops just walked away from the battle, leaving behind equipment and ammunition, according to U.S. defense officials.

The Kherson attack was never a feint or a diversion, according to people briefed on the plan. And it has succeeded in forcing Moscow to delay sham votes on whether parts of the Kherson region want to join Russia. But, as expected, the counteroffensive is moving more slowly given the much higher number of Russian forces there compared with Kharkiv.

Eventually, Ukrainian officials believe their long-term success requires progress on the original goals in the discarded strategy, including recapturing the nuclear power plant in Zaporizhzhia, cutting off Russian forces in Mariupol and pushing Russian forces in Kherson back across the Dnipro River, American officials said.

Russia has been weakened. By failing to detect Ukraine’s buildup around Kharkiv, the Russian military has demonstrated incompetence and shown that it lacks solid intelligence. Its command and control have been decimated and it is having trouble supplying its troops, giving Ukraine an opening in the coming weeks, U.S. officials said.

While Ukraine may have an opportunity to recapture more territory in the east, U.S. and Ukrainian officials say the south is the most important theater of the war.

“Kherson and Zaporizhzhia are likely potential objectives,” said Michael Kofman, the director of Russia studies at CNA, a defense research institute. “We might see further Ukrainian Army operations to achieve breakthroughs there in the future.”

The plan that emerged from the midsummer discussions relied heavily on U.S. intelligence and high-tech weaponry. But American officials insist that credit for the offensive lies fully with Mr. Zelensky and the Ukrainian military, which led a relatively small force in Kharkiv to an outsize victory.

“No one is spiking the football yet,” Mr. Kahl said. But, he added: “I think it really demonstrates to the world that the Ukrainians are capable of conducting complex, offensive operations.”