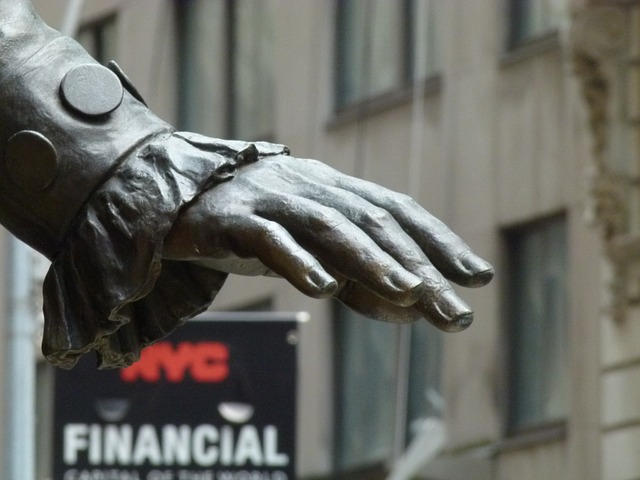 “Let’s talk about the elephant in the room,” the soprano Sondra Radvanovsky said after a recent rehearsal of Luigi Cherubini’s “Medea” at the Metropolitan Opera. “Everybody knows this opera because of Maria Callas.”

Callas may loom over the legacy of this opera — her various recordings from the mid-20th century dominate the work’s discography — but her star power was never enough to bring it to the Met, which is staging it for the first time only now, with a new production by David McVicar opening the company’s season on Tuesday.

Like many people, McVicar was unfamiliar with the opera until he began to study it for this production. It’s a rarity within a rarity — a seldom performed work from a composer who, despite celebrity and respect in his time, is known today for just a sliver of his output, if at all. A tourist at Père Lachaise, the cemetery in Paris where Cherubini is buried, is more likely to visit the neighboring grave of Chopin.

Born in 1760, a French-assimilated Italian who straddled music’s Classical and Romantic eras, Cherubini premiered his “Médée” in 1797 from a French libretto inspired by both the Euripides and Corneille tragedies. It’s a version of the Greek myth in which she, having helped Jason retrieve the Golden Fleece, exacts revenge on him after he abandons her.

“Every version of Medea has a slightly different narrative and slightly different accretion to the myth,” McVicar said. “Euripides introduces the idea of the murder of the children for the first time, and the Baroque opera introduces myriad subplots, and twists and turns. This goes back to Euripides. It’s a Classical piece but also gothic: It belongs to a period of gothic Romanticism in arts and literature.”

After the premiere, “Médée” didn’t catch on, and wasn’t the most beloved of Cherubini’s operas among fans like Beethoven. And his reputation after his death, in 1842, was certainly not helped by portraits — however accurate — such as the one in Berlioz’s memoirs, which include a scene of Cherubini, decades after “Médée” and by then the director of the Paris Conservatory, behaving with fussy villainy.

But his fortunes changed in the 20th century. In 1909 “Médée” arrived at the Teatro alla Scala in Milan, in an Italian translation, called “Medea,” that replaced the spoken French dialogue with new recitative. That version, which McVicar described as “bigger boned and more concise,” was revived in the 1950s by Callas, who went on to perform it widely, including at La Scala and the Royal Opera House in London.

For that reason, the work is most familiar as “Medea” — which is how the Met is presenting it, in the Italian translation — though it has remained on the outskirts of the repertory for its difficulty, taken on by a select group of singers including Leonie Rysanek, Gwyneth Jones and Montserrat Caballé.

“You need to have somebody who can sing it,” said the conductor Carlo Rizzi, who is leading the Met production. “If you have that, you do it. If you don’t, you don’t do it. It’s as simple as that.”

Hikers, he added, might take on Mont Blanc or Kilimanjaro; but fewer will try Everest. McVicar, for his part, referred to the opera as a soprano version of “Hamlet” because once Medea enters, she more or less never leaves the stage, in various states of distress and fury.

It’s a challenge that appealed to Radvanovsky. The idea for the Met’s production came in the wake of another season-opener, Bellini’s “Norma,” which featured the same trio of Radvanovsky, McVicar and Rizzi. She said that Peter Gelb, the house’s general manager, told her he was happy with her performance and asked what she would like to do next. “‘Medea,’” she answered.

“Peter said, ‘Are you sure?’” Radvanovsky recalled. “And I said yeah because after ‘Norma,’ where can one go?”

She felt that it was a logical fit for her voice — a way to combine her Met history of bel canto works, like Donizetti’s Tudor operas, and verismo classics like Puccini’s “Tosca.” The question was which language she would sing it in. Yannick Nézet-Séguin, the company’s music director, had wanted to do the French original and was at first attached to this production, but it was decided that they would follow Callas’s tradition, a better fit for both Radvanovsky and the Met.

“I think both are valid,” McVicar said of the two versions. “But you have to be mindful of the house and the cast that you have. The French can work, but you need a much smaller theater, like the Opéra Comique in Paris. And frankly, the dialogues aren’t very good; they’re clunky and old-fashioned.”

McVicar joined the production, not only because and Radvanovsky have a long, fruitful relationship together in opera, but also because a work like “Medea” is where, he said, he feels most at home.

“I’m very much identified here with big Italian war horses because I can do them,” he added. “But is that where my interests lie? I’d have to say no. I’m much more interested in something in the hinterlands, like this.” (That’s why he’d also like to work on Janacek operas in the future, with Radvanovsky, whom he could see in “The Makropulos Case.”)

With a team in place, the premiere was planned for the Canadian Opera Company in Toronto — this “Medea” is a coproduction with that house, as well as with the Greek National Opera and Lyric Opera of Chicago — but the pandemic upended that. Instead, the first run will be at the Met, and McVicar ended up designing it during the most restrictive lockdowns, when he couldn’t work in person with his usual collaborators. What started as a practical move, though, ended up being his way to stay sane, and creative, he said.

McVicar returned to the opera’s origins, and thought about how its tensions and turmoil — “the sheer chaos that Medea is capable of unleashing,” he said — fits with its time, coming out of the French Revolution and the Reign of Terror, as well as Directoire style.

That gave the production its look, with costumes “from the Directoire period, roughly speaking, and a real sense of gothic decay,” McVicar said. His stage design is deceptively minimal: a thrust corner with sliding doors that open to reveal both spare scenes and episodes of opulence. At the back is an enormous, angled mirror that reflects the action from an aerial perspective but also serves as a screen for special effects made from projections on the floor — “literally smoke and mirrors,” as he put it.

The score, too, can seem simpler than it is, Rizzi said. It’s not written for a very large orchestra, and it doesn’t contain isolated melodies that the audience will leave the house humming. “That doesn’t mean it’s a bad opera,” he added. “It’s a different opera.”

A conductor could interpret the music as Classical, but Rizzi has been working with the Met Orchestra to bring out the mercurial tumult that courses through Cherubini’s instrumental writing. The opening Sinfonia alone, he said, “is not a planting of a stake, it’s a wave of a tsunami.”

Much of the opera’s shifting character also relies on Radvanovsky as Medea, who in McVicar’s staging is portrayed with expressive physicality. “She can be serpentine, or what we’ve been calling the Hulk, or a goddess,” Radvanovsky said. “It’s exhausting.”

Still, she added, this is a role that a soprano can’t approach with fear — neither of its history nor of its demands. As an actor, she has drawn on experience that parallels the action of the opera: recently, the dissolution of her marriage and the death of her mother. “I could not have thought of a better role to be singing right now than Medea,” she said. “It’s the best therapy you can ask for.”

Beyond the music, Radvanovsky has been working with a personal trainer. “I wear a corset onstage, which is great for singing, but then you combine that with Pilates moves,” she said. “I have to be strong, in the best shape my body can be in. We talk about things as a sprint or a marathon. This opera is a marathon.”