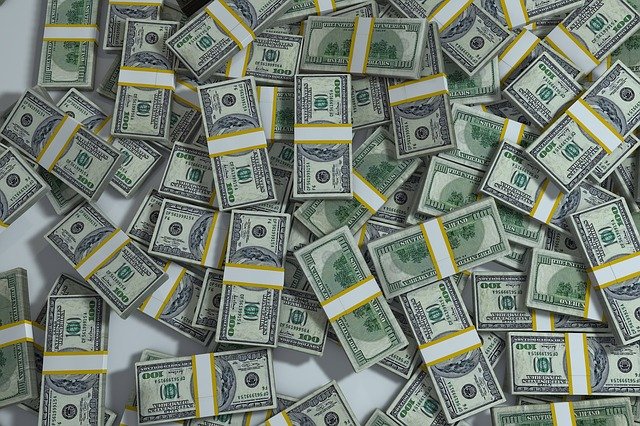 As Washington shovels billions to Ukraine for war, the homeless population in the US continues to swell. In just about every way imaginable, the news is getting worse.

The number of older Americans who find themselves facing homelessness after a job loss, divorce, family death or health crisis is growing rapidly. The number of Americans dying while homeless has surged dramatically in the past five years.

Not surprisingly, the US doesn’t have a great way to collect data on the crisis, but it’s believed that upwards of 580,000 Americans are homeless, and that might be vastly undercounted.

The numbers are tallied by volunteers, and a count hasn’t been done since 2020 due to the pandemic. Regardless, the number is expected to be much higher when the 2022 report is released. From the AP:

Fueled by a long-running housing shortage, rising rent prices and the economic hangover from the pandemic, the overall number of homeless in a federal government report to be released in coming months is expected to be higher than the 580,000 unhoused before the coronavirus outbreak, the National Alliance to End Homelessness said.

If one doesn’t live in an area hosting modern-day Hoovervilles, they can peruse the news and read stories of homeless students and veterans, how up to 60 percent of the homeless are employed but are without shelter due to low wages and the high cost of living, homelessness caused by a car that broke down, domestic violence, medical bills, declines in public assistance, and on and on.

According to the Department of Housing and Urban Development, it would cost $20 billion to end homelessness in the US – in other words, a fraction of what the US has sent to fund its proxy war against Russia in Ukraine.

But it would be unfair to say that the US is doing nothing. States and localities across the country continue to pass laws criminalizing “public camping.” Because the problem isn’t really that millions of people are suffering and sleeping on the streets; it’s that the rest of society is forced to see them on a daily basis. From NPR:

Public pressure to do something about the increasing number of highly visible homeless encampments has pushed even many traditionally liberal cities to clear them.

To be fair, in some places the laws are rarely enforced, but  in others they’re used on a near-daily basis.

More from the NPR piece, which is typical of the genre:

Miranda Atnip lost her home during the coronavirus pandemic after her boyfriend moved out and she fell behind on bills. Living in a car, the 34-year-old worries every day about getting money for food, finding somewhere to shower, and saving up enough money for an apartment where her three children can live with her again.

Now she has a new worry: Tennessee is about to become the first U.S. state to make it a felony to camp on local public property such as parks….

“It seems like once one thing goes wrong, it kind of snowballs,” Atnip said. “We were making money with DoorDash. Our bills were paid. We were saving. Then the car goes kaput and everything goes bad.”

Tennessee certainly isn’t the only state passing draconian laws to remove the homeless from sight. A wave of legislation has swept across the country recently. Many of the laws are modeled after legislation published online by the Cicero Institute, a Texas-based think tank that wants to find “entrepreneurial solutions to public problems.”

It’s unclear if Cicero’s entrepreneurial solution refers to adding more people to the $74-billion-per-year industry that is the American prison system. One would be forgiven for thinking so because studies have shown it is far more expensive to criminalize homelessness than it is to simply provide shelter.  One recent study in Florida found:

It costs taxpayers $31,065 a year to criminalize a single person suffering from homelessness — through enforcement of unconstitutional anti-panhandling laws, hostile architecture, police raids of homeless encampments, and just general harassment. The cost of providing them supportive housing — $10,051 per year.

The Cicero Institute was started by Joe Lonsdale, the billionaire co-founder of the software company Palantir, a company that benefits from criminalization and whose technology has been used for projects like migrant surveillance and predictive policing.

In response to the COVID pandemic, the Trump Administration earmarked billions for states and localities across the country to help reduce homelessness. But most areas have been slow to get the money to those in need, primarily because the state and local agencies simply didn‘t have the capacity (and urgency) to deal with the influx of funds. From the Pew Charitable Trusts:

California, which has the country’s largest homeless population, illustrates the difficulties.

A report by the state auditor found that California’s Department of Housing and Community Development did not give its partners access to the first round of federal Emergency Solutions Grants until December 2020, seven months after the federal government announced the funding. That’s mostly because the department lacked the capacity to manage the grants and failed for a full year to hire a contractor to run the program, the report said.

The will and the capacity to meet the crisis have been shrinking for the past 40 years – from Reagan’s cuts to local government aid and housing subsidies to Clinton’s 1996 welfare reform law to Rudy Giuliani’s “sweeps” of the homeless away from tourist areas of New York City. But we shouldn’t forget that there once were models that worked to effectively combat homelessness in the US. From the National Alliance to End Homelessness:

Instead of these tried and true remedies, the new solution is criminalization. Here’s a non-exhaustive list of recent news involving bans on public camping and other punitive legislative actions against the homeless:

Gov. Newsom OKs mental health courts for homeless – kpbs.org September 14, 2022 “The law Newsom signed on Wednesday would let a court order a treatment plan for up to one year, which could be extended for a second year. The plan could include medication, housing and therapy.”

New camping ban in Milpitas: ‘Reminds me of Nazis’ says one councilmember The Mercury News Sept. 7, 2022

Austin voters banned homeless people from camping in public spaces. The city is creating housing for them but not fast enough – Texas Tribune August 31, 2022 “Police have had to eject hundreds of people from encampments. They still struggle to tell many of them where to go.”

Tacoma council passes a homeless camping ban. Here’s what it means and when it starts The News Tribune October 12, 2022

Spokane City Council votes to ban camping along river, under viaducts and near homeless shelters The Spokesman Review Sept. 19, 2022