The S&P 500 can get to 4,150 before ‘reality sets in,’ says Morgan Stanley’s normally bearish top strategist 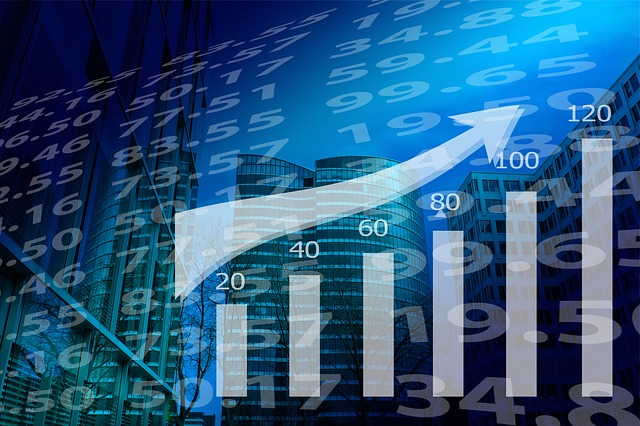 We’re almost through one of the most feared months of trading, which as it turns out, is set to deliver the best return for the Dow industrials since 1976, and best month since July for the S&P 500 and Nasdaq Composite.

That’s despite some sobering results from many Big Tech stars last week.

And November is set to kick off with what’s widely expected to be another jumbo hike from Fed Chairman Jerome Powell (on Wednesday), as investors simulateously look (and hope) for signs of a softening up in rate-hiking plans. Big jobs data will finish off the week.

Our call of the day comes from Morgan Stanley’s chief U.S. equity strategist, Mike Wilson, who two weeks ago went from one of Wall Street’s biggest bears to a tactical bull. He digs into that rationale in a Sunday note to clients.

“Bottom line, inflation has peaked and is likely to fall faster than most expect,
based on M2 growth. This could provide some relief to stocks in the short term
as rates fall in anticipation of the change. Combining this with the compelling
technicals, we think the current rally in the S&P 500 SPX has legs to 4000-4150
before reality sets in on how far 2023 EPS estimates need to come down,” said Wilson.

M2 money supply represents less-liquid savings, money market accounts and CDs, and when that number is falling, it can mean consumers are emptying their savings. Here’s his chart showing how he thinks CPI will follow M2.

Wilson believes company executives “have/will remain mostly silent on 2023, which
means estimates will stay elevated until it becomes obvious just how negative
the operating leverage has become and/or companies are forced to discuss 2023
forecasts during 4Q earnings results in January/February,” he said, adding that “lower lows for the S&P 500 are stll ahead after this rally is over.”

“We realize that going against one’s core view in the short term can be dangerous
(and maybe wrong-headed), but that’s part of our job. It’s like a double-breaking
putt in golf – hard to make, but you still gotta try,” said Wilson.

Read: After a stellar October, the bear market may still have room to run 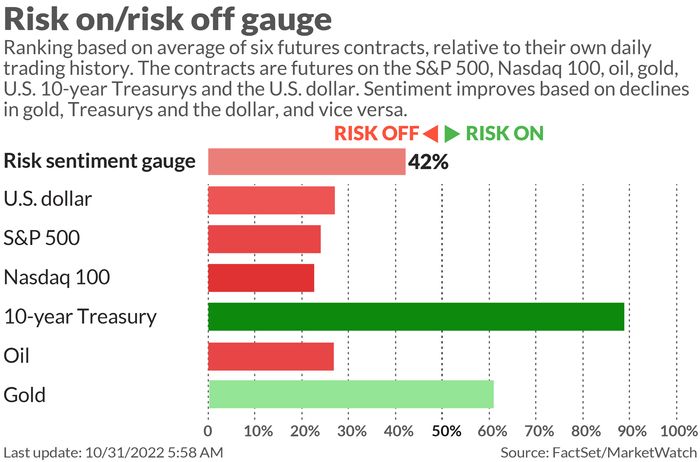 Stocks DJIA SPX COMP are off to a weaker start, again led by tech, while bond yields BX:TMUBMUSD10Y BX:TMUBMUSD02Y creep higher and the dollar DXY keeps climbing. Oil prices CL BRN00 are lower while natural gas futures NG00 are up 8%.

Apart from the Wednesday’s Fed announcement, a busy data week will include the Institute of Supply Management manufacturing and services indexes and jobs data on Friday. The Bank of England meets on Thursday.

Alibaba BABA stock is headed for a more than 6 1/2 year low and other U.S.-listed China shares are dropping after the country revealed data showing factory, construction and service activities slumped in October.

Opinion: China’s economy is rotting from the head

In the biggest private-equity deal in months, Blackstone BX is set to take a majority stake in Emerson Electric’s EMR climate-technologies business, valuing the unit at $14 billion.

Questions over layoffs and compensation are swirling around Twitter after Elon Musk took the social-media group private on Friday. He also may make users pay $20 a month for that blue check mark, an idea that doesn’t seem popular, based on straw polls out there. 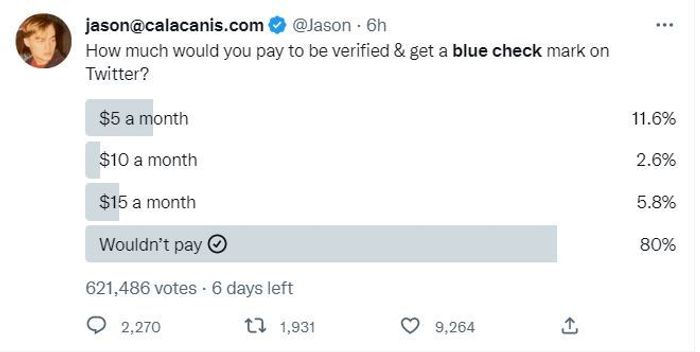 Best of the web

Parents from Seoul and around the world tell of excruciating waits and devastating loss after deadly Halloween crowd crush in Seoul.

Visitors at Shanghai Disneyland are stuck inside the park on Monday to comply with new COVID measures and a fresh outbreak.

Fast furniture that consumers loaded up on during the pandemic is now creating a “Leviathan” landfill problem.

In a slowing economy, investors want to look for companies that are returning cash to shareholders, over those investing in capital expenditure and research and development, says a Goldman Sachs team led by chief U.S. equity strategist David Kostin. Here’s their chart explaining why: 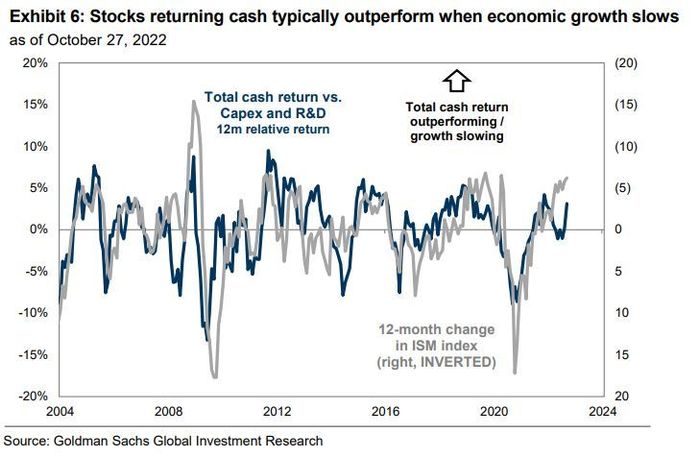 “We recommend owning stocks with high cash return yield and growth, given the attractive yield offered by cash today,” said Kostin and the team in a recent note to clients. They also include these picks, S&P 500 stocks with net buyback yield of more than 5%, buyback growth in each of the last four quarters, and investment grade credit ratings: 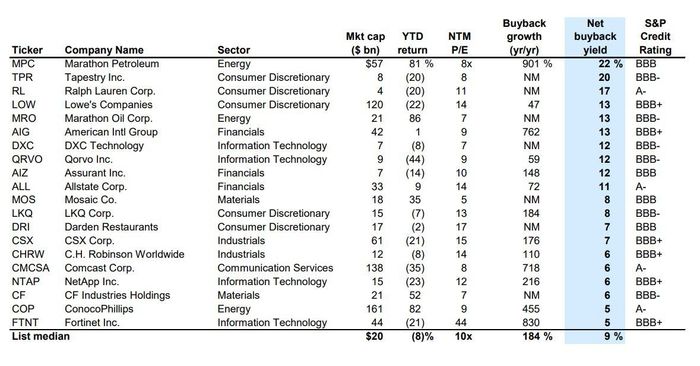 These were the top-searched tickers on MarketWatch as of 6 a.m. Eastern:

What to do if your house is haunted.

The best pop-culture and meme Halloween costumes out there.

Need to Know starts early and is updated until the opening bell, but sign up here to get it delivered once to your email box. The emailed version will be sent out at about 7:30 a.m. Eastern.