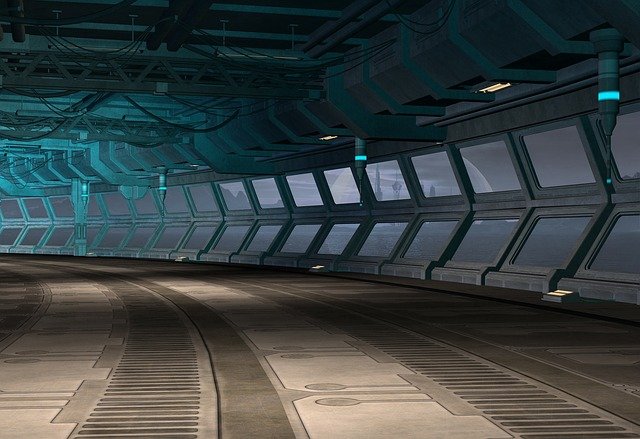 The West is going nuclear.

A Bill Gates-backed developer and one of the largest utilities in the Western United States announced Thursday they were launching a study to determine if up to five coal plants could be equipped with advanced nuclear reactors.

The move further cemented the relationship between TerraPower, a nuclear developer, and PacifiCorp, a six-state utility headquartered in Portland, Ore. The pair agreed last year to build a 345-megawatt Natrium nuclear reactor at the site of a retiring coal plant in western Wyoming.

The deal signals the emergence of a new energy transition strategy in the West, where PacifiCorp has had to balance the climate goals of its customers in Washington and Oregon with the wishes of its Wyoming consumers, who want to keep the company’s coal plants open in their state. Nuclear power brings with it the prospect of jobs and zero-carbon electricity, potentially meeting the climate goals of political leaders and ratepayers in Washington and Oregon.

Yet the new focus on nuclear energy also comes with risks. The first reactor at the Naughton Power Plant in Kemmerer, Wyo., where the two companies hope to demonstrate that a coal-to-nuclear conversion is viable, has yet to have its design approved by the Nuclear Regulatory Commission and is projected to cost $4 billion. It’s unclear how much of those costs would be borne by ratepayers.

“PacifiCorp has a difficult challenge not just technically, but politically with a diverse set of stakeholders,” said Robert Godby, a professor who tracks energy markets at the University of Wyoming.

Nuclear had long been anathema for many in Wyoming, the country’s top coal-producing state. But that has begun to change in recent years, as coal plants across the country have closed and PacifiCorp began to consider retiring its fleet of four coal plants in the state.

The plan to convert the Kemmerer plant into a sodium-cooled Natrium reactor has been embraced by Wyoming Gov. Mark Gordon, a Republican.

“I think a lot of people in Wyoming are open to considering nuclear’s benefits and costs and seeing if it pencils out,” Godby said.

Thursday’s announcement is part of a broader effort to scale up TerraPower’s technology. The company’s first project is expected to begin operating in 2028. And advanced planning is needed to bring additional projects online afterwards, said TerraPower president and CEO Chris Levesque.

Those future projects could help establish the supply chain needed to build additional reactors. That energy is needed desperately as coal plants shutter across the country and to complement the build-out of renewables, he said.

“We do need to quickly not just demonstrate the technology but ramp it up to make the type of global impact that the TerraPower [company] was founded by Bill to achieve,” Levesque said, referring to Gates.

Nuclear also has the potential to provide two things that renewables cannot: power that can be dispatched at any time and an abundance of jobs. Wind and solar facilities often employ only a handful of people once they’re fully constructed. TerraPower estimates its facility will require a workforce of 250 people.

Ryan McGraw, vice president of project development at Rocky Mountain Power, a PacifiCorp subsidiary, said the advantages of a Natrium reactor include “reliable emissions-free generation that is flexible and incorporates an important energy storage technology.”

The study announced Thursday will evaluate if additional fossil fuel plants operated by the utility could host a Natrium reactor. The companies said they would engage with local communities before any site is selected.

“While there are a number of hurdles to overcome prior to commercialization of any new technology, this joint study with TerraPower will help us to understand those challenges and frame a path forward with the best interest of our customers in mind,” McGraw wrote in an email.

TerraPower’s technology is unique in that the plant functions as a power generator and a battery. The molten salt used to cool the plant can be stored in giant tanks and then released, creating heat that can turn a turbine. That enables the facility to ramp up power to 500 megawatts for several hours, helping offset decreases in wind and solar output.

DOE awarded the company nearly $2 billion for its first reactor. The company has also been attracting investors; it raised $750 million in an equity fundraiser earlier this year (Energywire, Aug. 16).

Yet there are unanswered questions about the costs on customers. TerraPower has said it would bear development costs, including any potential overruns. And PacifiCorp has said it would only select the plant if modeling results from long-term planning scenarios show that it’s warranted. Levesque said the company’s hope is that future reactors will cost around $1 billion.

Still, some consumer advocates are wary. They claim the companies have not provided specific project costs or said if customers will be on the hook to pay them. The companies’ aggressive timeline has also been a cause for concern. TerraPower plans to file its application for its reactor design with the Nuclear Regulatory Commission in 2023, begin construction on turbines and other nonnuclear construction in 2024 and start generating electricity in 2028.

“It’s extremely risky. It’s crazy, in fact,” said Bob Jenks, executive director of the Oregon Citizens’ Utility Board, a consumer advocacy group. “This is an unproven technology. It hasn’t been licensed from the NRC. It doesn’t know where it’s going to get its fuel from.”

The company had hoped to initially import uranium from Russia but ditched that plan after the Russian invasion of Ukraine earlier this year.

Advanced nuclear technology like a Natrium reactor may ultimately be needed to complement renewables and provide power for the carbon-free grid of the future, Jenks said. But PacifiCorp has a lot of work to do to prove TerraPower’s solution is better than other alternatives, such as batteries or hydrogen.

The utility also hasn’t spelled out how it intends to protect consumers in the event of cost overruns, a frequent pitfall for nuclear projects. Both companies, Jenks noted, are owned by billionaires. TerraPower was founded by Gates, and PacifiCorp is owned by Warren Buffett’s Berkshire Hathaway Inc.

“Warren Buffet’s PacifiCorp wants to put as much risk as possible on customers as possible. I know Warren Buffet isn’t going to take the risk, maybe Bill Gates is,” Jenks said. “They have a lot of work to do before they convince me, and I will be arguing to Oregon regulators don’t approve this until you know how much risk Oregon customers are being subjected to.”

Oregon accounts for roughly a quarter of PacifiCorp’s energy sales.