‘We are putting women in impossible situations’: Returning to work while breastfeeding is a major challenge for new mothers. Lawmakers propose federal legislation to help 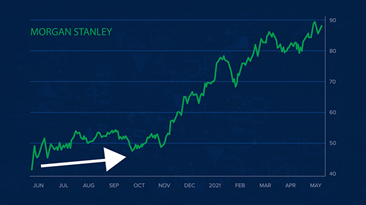 As a new mom, returning to work after maternity leave can be a tough transition. But for those trying to keep up breastfeeding, it can be a Herculean task — particularly if your employer is not supportive.

In the absence of federal laws that mandate employers to provide time and space for breastfeeding or lactating parents, it’s largely up to companies’ discretion to provide support for moms who wish to express milk.

But because employer support hasn’t been uniform, millions of moms have to face an impossible dilemma: To work and give up breastfeeding, or to breastfeed and give up work.

Some companies are more than willing to help nursing mothers.

Some companies, for instance, have a dedicated mother’s room complete with a rocking chair and a fridge, and train managers to understand when new mothers take a break to pump.

But millions of women don’t have that luxury. Particularly in traditionally male-dominated fields like construction, workplaces aren’t set up to allow for women to take the necessary breaks and time to pump milk.

A mother pours freshly expressed milk into a storage bag.

“We are putting women in impossible situations, where people are being forced to choose between continuing to express milk, or continuing to work, because the working environment is not conducive to both,” Sarah Brafman, senior policy counsel and director of the D.C. office at advocacy group A Better Balance, told MarketWatch.

“We’ve heard from women who call and say that their colleagues are allowed to take five or six smoke breaks a day, but they’re not allowed to take a lactation break,” Brafman said. “It’s unbelievable.”

Part of the problem is that there’s no law that mandates employers to provide time for women to express milk.

A new mother spends a lot of time breastfeeding: One year of breastfeeding takes up approximately 1,800 hours of a mom’s time, according to one estimate by Inc. A full-time job with 40 hours a week and three weeks of vacation is roughly the same, with 1,960 hours at work.

And when you’re breastfeeding, it’s “so much a part of your lifestyle,” Amy VanHaren, CEO and founder of pumpspotting, a breastfeeding support platform, told MarketWatch.

When VanHaren was breastfeeding, she said her “entire mental energy” revolved around it. “I was either thinking about my next pump, or if I was making enough milk, or where I could store it, or whether I had enough for another mom who didn’t have enough milk,” she said. “You’re just in this constant dance. Even if you’re spending 1,800 hours nursing and pumping, I was thinking about it even more than that.”

Breastfeeding is important, not just for the baby, but for the mother too: The American Academy of Pediatrics recommends parents continue breastfeeding “beyond 1 year, and up to 2 years” as it confers benefits for the mother, such as providing protections against diabetes, high blood pressure, breast and ovarian cancer.

“There is no federal law to mandate employers to provide a lactation or a nursing room.”

But the AAP also acknowledges that doing so requires protections like time – and space.

That’s the second half of the problem, that there’s no federal law to mandate employers to provide a lactation or a nursing room.

A dedicated space for pumping can be a rare commodity for some workers. That’s a room with a power outlet, without windows, and a door that locks. Bonus points for a room with a fridge.

For many working moms, such rooms don’t exist. On this Reddit thread some anonymous moms describe pumping in “the old fish department” or inside a locker room.

To address this problem, VanHaren’s company runs an app that serves as a Yelp for nursing mothers to find spots to sit and nurse their baby or pump, or even communicate with other moms over breastfeeding. The company also recently launched a workplace lactation program to help other firms provide nursing rooms to serve new moms.

“There were two pieces of legislation aiming to address breastfeeding at work: The PUMP Act and Pregnant Workers Fairness Act.”

There are efforts underway to help more nursing mothers. Brafman said there were two pieces of legislation on the table to address the time and space aspects: The PUMP Act and the Pregnant Workers Fairness Act.

The PUMP Act for Nursing Mothers would build on an existing law that requires employers to provide reasonable break time and a private, non-bathroom space for breastfeeding employees to pump by clarifying employers’ obligations under the law. The bill, which would have expanded breastfeeding protections for nine million nursing moms, was not passed by the Senate in June.

But the Pregnant Workers Fairness Act, another bill, is still on the table. That was passed by the House in May 2021, and was reintroduced in the Senate for a vote in late June. The bill also hopes to clarify the law and close loopholes surrounding breastfeeding. This includes time and space for women to pump at work, Brafman said.

For one new mom in Louisiana, the challenges of breastfeeding at work, combined with a persistent formula shortage, has taken a massive toll on her physically.

“It’s affected me in more than one way,” Amanda, who is breastfeeding her six-month old son, told MarketWatch. “I’m actually seeing a physical therapist because the stress has caused dizzy spells and stomach cramps — I’m literally, physically getting sick over this.”

For Amanda, a declining milk supply is forcing her to rely more on formula to supplement her son’s milk intake.

But with the shelves still empty near her town of Springfield, La. Amanda has been scouring stores to find cans of Enfamil NeuroPro Sensitive — made by Mead Johnson, which is owned by Reckitt RKT, +0.93% — one of the few formula blends her son can digest.

“That’s extremely hard to find — it’s pretty much nonexistent in the stores,” she said.

She’s been buying cans of Similac Sensitive, owned by Abbott Laboratories ABT, +0.45%, should she totally run out of Enfamil. But even finding Similac is a tall task.

Abbott and Reckitt Benckiser were not immediately available for comment.

(Earlier this month, Abbott — the largest supplier of baby formula in the U.S. — said it was focused on recovering its market share in the baby-formula market in the U.S. following a recall that required the intervention of the Biden administration to ensure that parents were able to feed their babies. In May, Abbott Chief Executive Robert Ford apologized for the company’s role in the national shortage of baby formula.)

(Pat Sly, President of Reckitt’s nutrition business, said in a statement last May related to the baby-formula shortage: “Over the past three months we have been doing everything possible to put more infant formula on shelves, addressing the concerns of parents across the country. We are leaving no stone unturned to increase our supply, while safeguarding the highest levels of quality.”)

“‘I’m terrified of stopping breastfeeding, because if I do that, he’s gonna use more of the formula. hat’s gonna be going through our stockpile, and it’s already hard to find.’”

— Amanda, a mother in Springfield

“We’ve had to reach out to family and friends out-of-state to help us,” Amanda said. When she went to visit family in Texas for Memorial Day, she recruited her extended family for a formula run. She found a grocery store locally that sold Similac. She ended up finding 20 cans, roughly a month’s supply.

“I’m terrified of stopping breastfeeding, because if I do that, he’s gonna use more of the formula,” Amanda said. “That’s gonna be going through our stockpile, and it’s already hard to find.”

Amanda’s struggle will likely resonate with many new mothers, who are worried about weaning their young children off breastmilk, given how hard it is to find breast milk due to pandemic-era supply-chain issues.

But I’m able to pump at home, or at work. Amanda, who goes into the office twice a week, can pump at work, but since the commute is two hours away in New Orleans, keeping the milk fresh is a logistical nightmare. 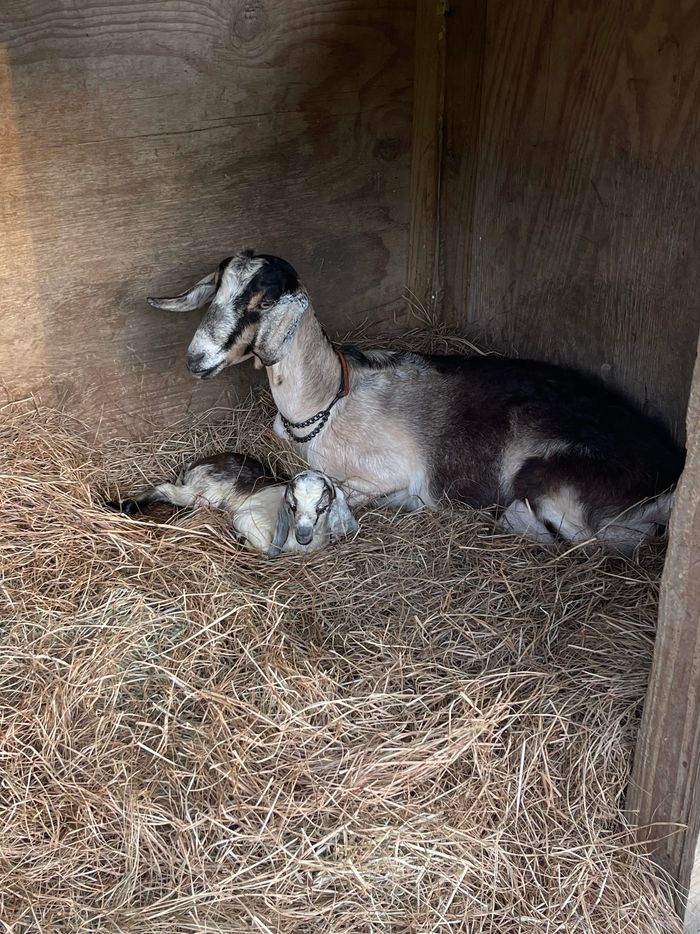 Amanda’s goat, Jolly, who just gave birth, on her farm in Louisiana. Amanda is considering feeding her own infant pasteurized goat milk. Photo provided by Amanda.

The Centers for Disease Control and Prevention says freshly pumped milk can be at room temperature for up to four hours.

Amanda said she has had to hold the bottle in front of the car’s AC to keep it cool while she drove home in the heat. “I did it one time, and I was like, ‘I can’t do this,’” she said. “I’ll just deal with the pain.” She’s shortened the time she spends in the office, and drives home quickly to latch her son.

Amanda said she was increasing her son’s sold food intake, with purees and such. A pregnant goat named Jolly on her property recently gave birth, so she’s looking into pasteurizing her milk to feed her infant.

Tips for breastfeeding moms going back to work

So if you’re going back to work after maternity leave, and would like to keep pumping, here are five things you can do:

Ask your employer for time and space. Specifically, where you can pump, if it has a lock on the door, a fridge, no windows, and a power outlet.

What To Expect says you’ll spend around 15 to 20 minutes pumping (or more, really depends on you). Be clear about this with your employer. If you’re in a job that involves mostly computer-based work, perhaps you can multi-task while you pump and kill two birds with one stone. You could also pump at lunch, if you’re really strapped for time.

Pump on the way to work. Especially if your commute is long, and it’s comfortable for you, pumping en route to work while driving, or commuting, may be a good option.

If you can afford it, invest in a wearable pump and a nursing cover. A wearable pump, like the Baby Buddha, is convenient on weekend trips. With a nursing cover on, new moms can pump at airports, on planes, in the back seat of a car with a battery-operated breast pump, at family events, or even at a spa weekend. It’s a game-changer for many moms.

Space out your pumps. A lot of pumping blogs online have sample schedules. Pick one that works for you, your job, and a schedule that doesn’t cause you to lose supply, or God forbid, get you mastitis, an inflammation of breast tissue that can also result in an infection