Prosecutors in California say a man and a woman accused of shooting and stabbing to death a Black Navy veteran at a gas station on March 15 committed a hate crime.

Police say Justin Peoples, 30, was shot once and stabbed multiple times at a Chevron gas station in Tracy, California, shortly after 9 p.m. Christine Garner, 42, and Jeremy Jones, 49, were arrested and charged with murder the next morning. Images released by the San Joaquin County prosecutor’s office show what appear to be white supremacist tattoos on Jones’ body.

Garner’s Facebook page indicates she and Jones are “in a relationship.” A third person, Christopher Dimenco, 58, was charged with accessory to murder for allegedly helping Garner and Jones “avoid or escape” arrest.

Christine Garner (left) and Jeremy Jones have been charged in the March 15, 2022, murder of Justin Peoples, in Tracy, California. CBS San Francisco

A complaint filed on March 18 accuses Garner of shooting Peoples and Jones of stabbing him. Investigators have not said what prompted the altercation, but in the complaint against Garner and Jones, prosecutors allege Peoples “was intentionally killed because of (Peoples’) race, color, religion, nationality or country of origin.”

Peoples’ father Maurice told CBS San Francisco that his son was a father of two who served his country.

“He was just a remarkable young man,” Maurice Peoples said. 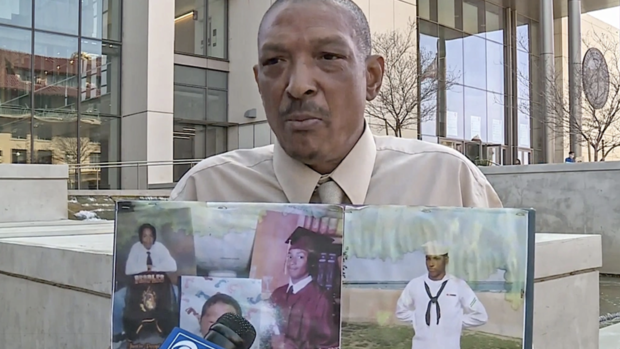 Maurice Peoples on March 18, 2022, displays photos of his son, Justin, who was murdered three nights before.  CBS San Francisco

“It doesn’t make a difference what color you are. Some are black, some are brown, some are light skinned….we have all colors but we know the human race is the number one color we need to be fighting for,” Bass said.

Tracy Police Chief Sekou Millington said in a press release that “When community members are victims of crimes related to hate, we will use our resources to bring those responsible to justice.”

“There is no room for hate in Tracy or anywhere,” said Millington.

Garner and Jones are being held in jail pending an arraignment hearing scheduled for April 4.

Boater rescues man from lake, then fatally shoots him

Will discovery of suspect lead to answers in Madeleine McCann case?