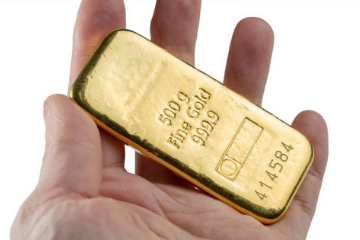 Yves here. Sadly, the COP producing very little is no surprise. What is maybe a surprise is more and more people agitating against climate inaction.

As the United Nations Climate Change Conference in Sharm El-Sheikh, Egypt was extended until at least Saturday, campaigners, scientists, and others expressed alarm and frustration over the “gridlocked” negotiations dominated by rich countries and fossil fuel lobbyists.

“I remain concerned at the number of outstanding issues, including on finance mitigation, adaptation, loss and damage, and their inter linkages,” Sameh Shoukry, an Egyptian diplomat serving as COP27 president, tolddelegates at the International Convention Center.

Friends of the Earth (FOE) Scotland head of campaigns Mary Church said in a statement that “as we race towards climate breakdown, once again we are seeing rich countries trying to evade their responsibility to step up and do their fair share of climate action.”

“As extreme weather events wreak havoc around the world, the U.K. and U.S. are parroting the mantra of keeping 1.5°C alive while doing exactly the opposite by continuing to expand damaging fossil fuel projects,” she noted, referring to the more ambitious goal of the 2015 Paris agreement. “They are failing to stump up the climate finance they owe and which Global South countries need to adapt to and recover from the impacts of global heating.”

Meanwhile, Church continued, “big polluters who brought the climate to the brink of breakdown are cynically bargaining away the future of people and planet in order to eke out a few extra years of profits from business-as-usual, by pushing dangerous fantasy techno-fixes and human rights trashing nature-fixes.”

“Nothing short of a complete transformation of our economic system and phaseout of fossil fuels is needed to avoid complete climate breakdown,” she stressed. “World leaders lack the political will to take the necessary action, but people everywhere are rising up and fighting dirty energy projects and putting in place the real, community-based solutions which can deliver climate justice.”

“The division between the two sides has been clear; the highest polluters have continued to block and delay the bare minimum funding through poor climate finance mechanisms such as the global shield,” Fatemah Sultan of Fridays for Future Pakistan told The Guardian.

Brian O’Callaghan, lead researcher and project manager for the Oxford Economic Recovery Project, suggested that “if COP were a football rivalry, it would be amongst the most lopsided; fossil fuel interests: 27, humankind: 0.”

As Common Dreams has reported, at least 636 fossil fuel lobbyists have been registered at this year’s conference, up 25% from COP26 in Glasgow, Scotland last year.

“There have been successes, but mostly, it’s been 27 years of obstructionism, delay, and greenwashing,” said O’Callaghan. “The world is already moving faster than the COP processes—we need to double down on that trend.”

“Success @Cop27 is now a test of political will….. of whether world leaders will stand up for their citizens, for justice, & the environment upon which we all depend – or whether they will allow fossil fuel lobbyists & self-interest to prevail”#ActNow
https://t.co/F9cqROmcUy

“In many ways, ambition under climate treaties has moved backwards since the foundational” U.N. Framework Convention on Climate Change (UNFCCC) of 1992, the expert explained, recalling when “developed countries committed to pay for all forms of mitigation and adaptation.”

A key focus of COP27 has been loss and damage (L&D) financing. Nations of the Global South are pushing for the creation of a fund to help them deal with devastating climate disasters.

While admitting his “reluctance” to stray from “existing instruments,” European Commission Executive Vice-President Frans Timmermans unveiled a proposal early Friday, saying that because the Group of 77 (G77) members “are so attached to a fund, we have agreed.”

In a major announcement the EU proposes the establishment of a loss & damage response fund at #COP27 – provided there is progress in other areas including efforts to stay within the 1.5°C limit and aligning financial flows and investments with the goals of the Paris Agreement ⬇️ pic.twitter.com/XnubrIjJIA

Mary Robinson, chair of the Elders and former president of Ireland, was among those who welcomed the European Union’s proposal. It “puts us on the cusp of a historic breakthrough,” she said, adding that “we’ve gone from not even having loss and damage finance on the agenda at COP27 to having a fund, a mechanism, and a flow of finance all within our grasp.”

Seve Paeniu, Tuvalu’s minister of finance, said that “to me that is a major concession and a major breakthrough. It is our hope that will end up in the text of the cover decision.”

However, a G77 negotiator who asked not to be named was unimpressed, telling The Guardian that “it is a predictable attempt by the E.U. to break up the G77 in talks. Of course, it’s not a breakthrough. They are merely repeating its original negotiating position by making it sound like a compromise when they know very well that it is not. It is completely disingenuous.”

Brandon Wu, head of policy and campaigns at ActionAid USA, was similarly critical at Friday’s Demand Climate Justice press conference, saying that “the loss and damage fund proposal put forward by the E.U. is a compromise that includes a number of poison pills.”

“Not only does it narrow who can receive funds, it also widens the number of countries required to pay into the pot—which is an abdication of responsibility. Developed countries have failed to meet their climate finance obligations, most obviously the $100 billion goal,” Wu said, emphasizing the Global North’s “moral and legal obligations” on the L&D front.

While developed countries agreed at COP15 in 2009 to put $100 billion annually toward climate action in the Global South by 2020—a pledge they have yet to fulfill—a climate clock erected at this year’s summit shows that, based on research by the Center for Global Development, the Global North owes more like $31.8 trillion in loss and damage funding.