With resignation, Liz Truss will be shortest-serving U.K. prime minister ever 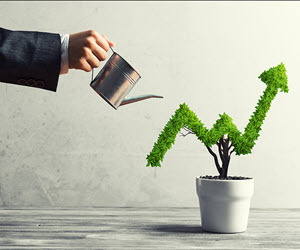 Prime Minister Liz Truss will become the shortest-ever serving prime minister, after the financial market volatility resulting from her mini-budget proposals led to a revolt by members of her own political party.

Truss says she will leave office next week once a successor is chosen in a new leadership contest, having served only 44 days so far.

Truss has gained the title of the shortest tenure for a U.K. prime minister from George Canning, who lasted 119 days until he died in 1827.

In a statement made outside of Number 10 Downing Street on Thursday, Truss said that she “cannot deliver the mandate” that she was elected on by Conservative party members.

“Our country has been held back for too long by low economic growth. I was elected by the Conservative Party with a mandate to change this. We delivered on energy bills, on cutting national insurance and we set out a vision for a low tax high growth economy that would take advantage of the freedoms of Brexit,” she said in a short statement.

Truss’s predecessor former prime minister Boris Johnson served for over three years, and led the country through the Covid-19 pandemic and a host of scandals including Partygate. It all finally came to a head when Johnson lost the confidence of the Conservative party when it emerged that he knew about a string of allegations of sexual misconduct by deputy chief party whip Christopher Pincher and continued to promote him.

The longest serving U.K. prime minister is Sir Robert Walpole, who was in the post for one term lasting almost 21 years back in 1721. It ended with his resignation in 1741 after a poor general election result.

Conservative Party member Margaret Thatcher is the longest serving prime minister in more recent history. In 1971, she took the position and lasted 11 years and 208 days. She resigned in 1990 after a leadership challenge was brought forward and was succeeded by John Major.

Meanwhile, the Guinness World Book of Records has noted the shortest tenure for a presidency is held by Pedro Lascuráin. He governed Mexico for all of one hour in February 1913 when he legally succeeded President Francisco Ignacio Maderno after he was assassinated in a coup along with his vice president Jose Maria Pino Suarez. In his one hour of his tenure, Lascuráin appointed the head of the coup General Victoriano Huerta as his successor.

Current finance minister Jeremy Hunt has confirmed he will not enter the leadership race, the BBC reports.

“The Tories cannot respond to their latest shambles by yet again simply clicking their fingers and shuffling the people at the top without the consent of the British people,” he said.

“They do not have a mandate to put the country through yet another experiment; Britain is not their personal fiefdom to run how they wish. We must have a chance at a fresh start. We need a general election – now,” he added.