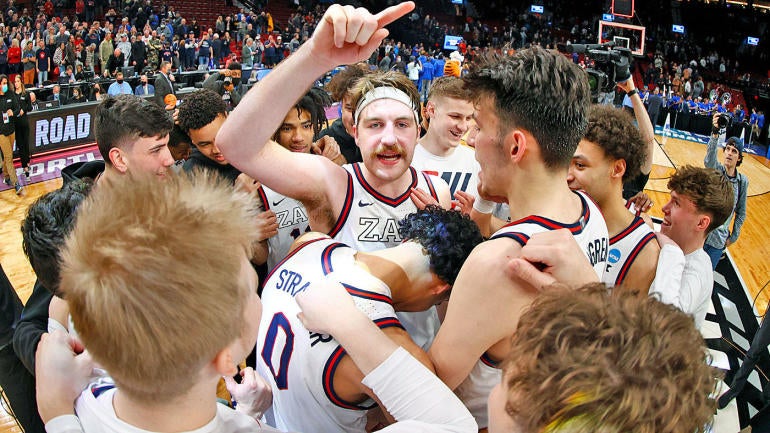 Time for a confession off the top here before we get to Sweet 16 picks: March Madness has not been my month. The good news is that our expert picks — back in action today ahead of Thursday’s Sweet 16 fun! — features more than just your’s truly. Gary Parrish, Matt Norlander and Chip Patterson are all riding heaters into this second wave of tourney action, and David Cobb’s had a nice little run, too.

So if you want to tail their picks instead, I completely understand. Or if you really want to earn a bag, it seems fading me might be the real move. That choice is yours as you check out our picks below.

Either way, to get you prepped for the first day of the second week of the tournament, I’ve again convened our experts to make picks straight up and against the spread to help you pick your bracket (and hopefully make some cheddar along the way). You can also check our expert brackets or our reset brackets for the third round.

Be sure to stick with CBS Sports throughout the rest of the month for NCAA Tournament coverage through the end of the Final Four. Let’s take a look at our expert picks for the final slate of third-round games on Thursday.

Thursday, 7:09 p.m. | CBS, March Madness Live: Gonzaga has not covered the spread in four of its last five games, including both of its NCAA Tournament matches. Arkansas, however, has covered the spread in 20 of its 35 games this season and is 4-1-0 ATS as an underdog, according to TeamRankings.com. The 8.5-point line feels like a reasonable number to clear for a Razorbacks team that can win a shootout or slugfest and has the personnel to match up favorably with the Zags. Pick: Arkansas +9

Thursday, 7:29 p.m. | TBS, March Madness Live: Villanova right now looks like the strongest remaining No. 2 seed left in the bracket. That’s not saying too much — two of the four such seeds are already home and the other, Duke, has looked vulnerable — but it counts for something. This Jay Wright-coached Wildcats team is old, experienced and playing really well. Their advantage in the backcourt should trump their disadvantage in the frontcourt by a wide-enough margin to cover the spread. Pick: Villanova -5

Thursday, 9:39 p.m. | CBS, March Madness Live: What feels like an underdog play isn’t so in the eyes of oddsmakers. Texas Tech, the No. 3 seed, is giving 1.5 points to Duke, the No. 2 seed, in this West Region matchup. And I’m laying it with the Red Raiders. Their defense is ferocious, and the matchup overall for Duke is a nightmare for which to prepare even with several days of time. Pick: Texas Tech -1.5

Thursday, 9:59 p.m. | TBS, March Madness Live: Arizona had to go to overtime to take care of TCU in the second round, and it really struggled with the way the Horned Frogs crashed the offensive boards. That’s especially concerning against a Houston team that ranks as the third best offensive rebounding team in all of college hoops. But it’s an area in which I suspect Tommy Lloyd and his Wildcats staff will be prepared to battle ahead of Thursday. If it boils down to talent as I suspect, I like Zona giving the points. Pick: Arizona -2

Who will win every college basketball game, and which teams will sink your bankroll? Visit SportsLine now to see how to pick the spread, money, line, and over-under in each tournament game, all from the model that’s up almost $1,500 on top-rated college basketball picks and simulates every possession 10,000 times.