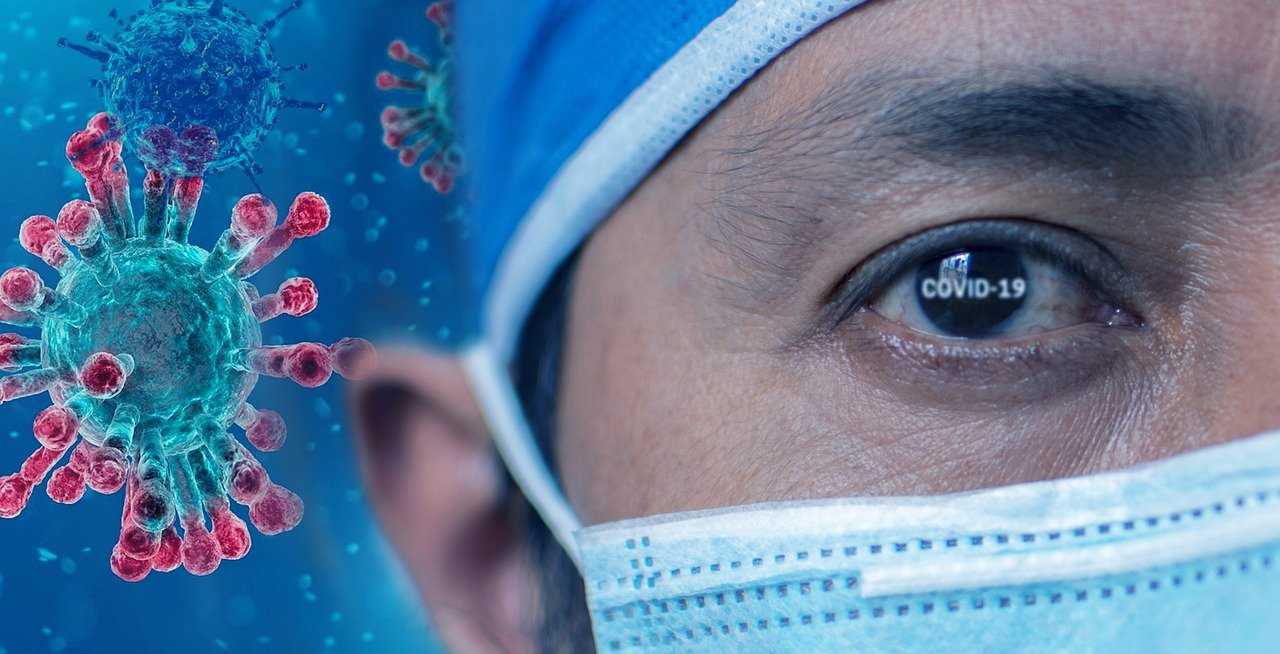 It was vaccination time at Ethel Brown’s long-term care home in the Bronx. Again. Ms. Brown, 95, had already gotten four Covid shots, and while she was happy to submit to a fifth, this latest booster prompted a few questions.

“Why are we getting another one?” Ms. Brown asked, as she and other residents waited for their shots on Wednesday. “Will this be the last booster shot?”

With a jumble of confusion, eagerness and vaccine fatigue, America embarked in earnest last week on a sprawling new campaign to get Omicron-specific boosters into the arms of a pandemic-weary country.

The new boosters are one of the last remaining weapons in America’s arsenal against the coronavirus, now that the country has scrapped most requirements to mask, quarantine or distance as the smoldering pandemic has faded into the background for many. The push for a new vaccine — barely noticed so far by some people — will test how the country responds at a time when the sense of crisis over Covid has abated.

Millions of doses of boosters targeting the hyper-contagious Omicron variant arrived with little ceremony at pharmacies, nursing homes and clinics across the country, ready to be administered in what health officials now expect to become a yearly inoculation ritual akin to a flu shot.

Early numbers from states and several cities showed what health officials described as a robust early response in a moment when vaccine rates have stagnated. California administered about 397,000 doses. About 116,000 people in Texas got the new booster in a span of a few days. Illinois administered at least 137,900 shots.

The rollout felt methodical but muted compared with the frenzied urgency of earlier waves of vaccinations, when thousands of people jockeyed outside stadiums for scarce doses and politicians got their shots on live television. It was a picture that came into focus in interviews with more than 50 health officials and Americans getting (or refusing) the booster across five states.

This time, the campaign was so understated that some Americans willing to get boosted did not even realize a new shot was available.

To people who got boosted last week, worried their immunity was waning, the new shots could not come soon enough.

“I don’t care what other people do, but I have to take precautions,” said Mario Reyes, 67, who got a flu shot and an Omicron booster — one in each arm — at a senior center on the Northwest Side of Chicago. Mr. Reyes recently had a heart transplant and lost a nephew to Covid, and said getting boosted again was a no-brainer.

Read More on the Coronavirus Pandemic

Health officials called the early response encouraging, especially since the overall pace of vaccination had recently fallen to its lowest level since the shots became widely available in early 2021. About 68 percent of Americans are fully vaccinated with the original shots, but only one-third have gotten any booster shot even though earlier boosters first became available in September 2021.

The new boosters, which were authorized by the Food and Drug Administration in August, are called bivalent vaccines because they are tailored to protect against Omicron subvariants now circulating as well as the original version of the virus. People 12 and older are eligible for a new shot at least two months after their most recent vaccine or booster dose.

Across the country, health officials and booster-seeking Americans said shots and appointments seemed plentiful, particularly in larger cities and suburbs.

All week long, people filed into Walgreens and CVS clinics from Washington, D.C., to Austin, Texas, to San Francisco. They drove to rural health centers in the Dakotas and on the Navajo Nation. In nursing homes, caregivers began administering the booster room by room.

There was a line outside the Quinn Center of Saint Eulalia, a social-outreach ministry in Maywood, a suburb west of Chicago, before a vaccine clinic on Monday morning. “We hope this good turnout will continue,” said Randall Mcfarland, the center’s vaccine ambassador.

But these first waves of Americans eager to be re-boosted may be the exception.

In Phoenix, Ariana Valencia, 37, sat in a doctor’s waiting room just steps away from free booster services being offered by Mountain Park Health Center, a local clinic. A steady stream of patients was trickling in for the new shot, but Ms. Valencia said she had no interest in joining them.

She had already gotten vaccinated and said the demands of her family now outweighed her concerns about Covid. Between juggling the needs of one son enlisting in the Marines, a grandchild on the way and a grandmother who had suffered a stroke, Ms. Valencia said life left no time for boosters.

“I know Covid is coming back around, but I don’t think it’s necessary,” she said of the booster. “I’m fine.”

Some vaccinated people said they could not spare the time away from work or arrange child care to accommodate the hassle or side effects of getting another booster.

Others said they felt protected enough already or had soured on vaccines after contracting Covid despite having two shots and a booster. Studies have found that boosters reduce the chances of infection with Omicron, and substantially lower an infected person’s risk of hospitalization or dying of Covid.

In Washington, D.C., Ranya Asmar and her family had been among the throngs of residents who had rushed to get vaccinated early last year, when the shots were still scarce. She has gotten boosted once and weathered her children’s multiple bouts of Covid. But she had no plans to get the new booster.

Others had been left in the dark. Pandemic-related news has faded into the background, and local vaccination efforts have quietly closed down as some pandemic funding ebbs.

President Biden and local and state officials have issued reams of statements about the new booster — how it is free, widely available and likely the best defense against a shape-shifting virus still killing more than 400 people a day. The Biden administration has bought 171 million doses of the bivalent vaccines. Federal data on how many shots of the new booster have been administered was not yet available this weekend.

But health experts said the urgency around Covid had faded as deaths and infections dipped to lower levels. To many, the message about a new, different booster simply was not penetrating.

“Is there a booster campaign? Where is it? Because I can’t find one,” said Drew Altman, president of the Henry J. Kaiser Family Foundation. “I don’t mean to be cynical, but there’s no reason to expect a huge turnaround and all of America to run out and get boosted.”

In South Phoenix, Rita Garcia, 61, has gotten every shot recommended by health officials, her full vaccine card a testament to how seriously she takes the pandemic. But Ms. Garcia said it has gotten harder to find news about the pandemic, and she heard about the new booster only when a roving vaccine-outreach van happened to stop in front of her house.

This time around, the task of locating and scheduling vaccines has been left largely up to individuals, potentially leaving out people without cellphones or internet connections. Mass vaccination sites are now mostly closed. Some programs that brought vaccines directly into communities with vans or door-to-door nurses have cut back or ended altogether.

In New York City, for example, eight mobile vaccination units will fan out to offer the new shots, mostly for people who are homeless. In July 2021, by comparison, 70 mobile units and pop-up locations blanketed the city.

But across the country, there are still health teams flushing out the unboosted.

At the Thurmond Heights public-housing complex in Austin, organizers of an immunization clinic were handing out $20 grocery cards, raffle tickets and turkey sandwiches, incentives to get boosted just like in the early chapters of the pandemic.

Health officials said the boosters were reaching smaller rural clinics and Native American reservations, which have suffered some of the worst death rates of the pandemic. The Indian Health Service reported that 94,000 doses of the new booster had been sent out so far. The agency did not give numbers on how many of the shots had been administered.

There were some snags. Some nursing homes said they did not get the new boosters until midway through this past week, several days behind other clinics and pharmacies. Unlike the first wave of vaccinations, when teams from pharmacy chains streamed into nursing homes to vaccinate residents, long-term care facilities are administering the vaccines in-house.

Lisa McAfee said the Tennessee nursing home where her 101-year-old mother lives had been slow to organize a plan to vaccinate residents. Her mother was protected by the earlier vaccines, but Ms. McAfee said there have been recent infections in the home and she was anxious for her mother to get the new shot.

“She’s in the most vulnerable range of age and health,” Ms. McAfee said. “If it’s available, there’s no reason not to give it to her. That’s my frustration.”

Some people may end up delaying their booster in anticipation of another cold-weather surge. And the roughly 70,000 people still getting sick every day are recommended to wait for three months after their infection to get boosted.

Even the heavily vaccinated liberal city of San Francisco offered a case study in the challenges of revving people up for the new booster. In the Mission on Tuesday, Paloma Trigueros, 29, felt overwhelmed by the Groundhog Day feeling of getting shot after shot.

“I think everyone should get maybe one a year, not like five, six of them,” she said. “That’s kind of obsessive.”